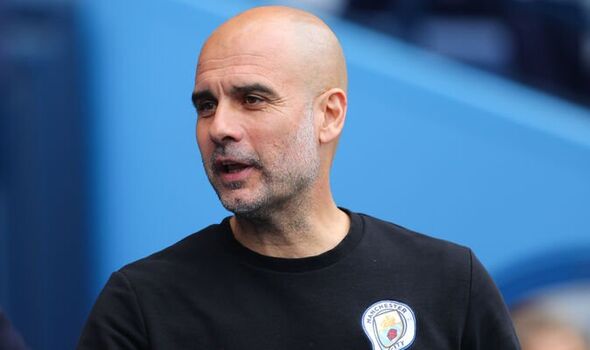 Pep Guardiola’s name was surprisingly booed after the Manchester City boss was read out as a nominee at the League Managers’ Association awards dinner, according to reports. Guardiola was not present at the event, having been celebrating his side’s Premier League title triumph.

The Spaniard guided City to their fourth top-flight success in five years last Sunday. A dramatic come-from-behind victory over Aston Villa ensured they pipped Liverpool to the top of the table.

Guardiola’s success earned him a nomination for the Premier League’s best manager at the annual LMA awards. The award was won by Reds boss Jurgen Klopp, who has lifted both domestic cups with Liverpool this season and has a chance of winning the Champions League on Saturday.

And Guardiola’s name was apparently booed by some attendees when it was read out among the nominations, as reported by The Independent. Legendary Manchester United boss Sir Alex Ferguson handed the award to Klopp.

According to the publication’s account of the evening, Klopp received a much better reception than Guardiola. The German’s acceptance speech involved him reading out an amusing anecdote about each of his staff.

It is likely that Guardiola was not in attendance because he had not been made aware whether he had won the award by organisers. A warmer welcome for Klopp might give credence to Guardiola’s argument that ‘everyone supports Liverpool’.

As the title race became tense at the start of May, Guardiola bemoaned: “Everyone in this country supports Liverpool. The media and everyone. Of course, Liverpool has an incredible history in Europe. Not in the Premier League – they’ve won one in 30 years.”

City won the title with a remarkable 93-point haul, winning 29 of their 38 Premier League matches. The second-half comeback against Villa was crucial as Liverpool would have leapfrogged Guardiola’s side following their 3-1 victory over Wolves on the final day.

Guardiola insists his players should be remembered as ‘legends’ and talked about in the same breath as Ferguson’s famous United teams of the 1990s and 2000s. “In the last five years winning four Premier Leagues, these guys are legends already,” he told journalists after securing the title on Sunday.

“I’m sorry, people have to admit it. This group of players are absolutely eternal in this club because what we achieve is so difficult to do.