Harry Maguire is in contention to return for Man United against Brighton, Ralf Rangnick reveals, despite fears club captain would miss the rest of the season – but Marcus Rashford will miss out with bronchitis

Harry Maguire is back in the Manchester United squad to face Brighton on Saturday, but Marcus Rashford is set to miss the game after falling ill with bronchitis.

Maguire has been battling to get fit again before the end of the season due to a knee injury, but interim manager Ralf Rangnick confirmed that the United captain has been training for several days.

However, Rashford has a high temperature and Eric Bailly a back injury so both will be unavailable. United are already without Jadon Sancho after he was laid low with tonsillitis. 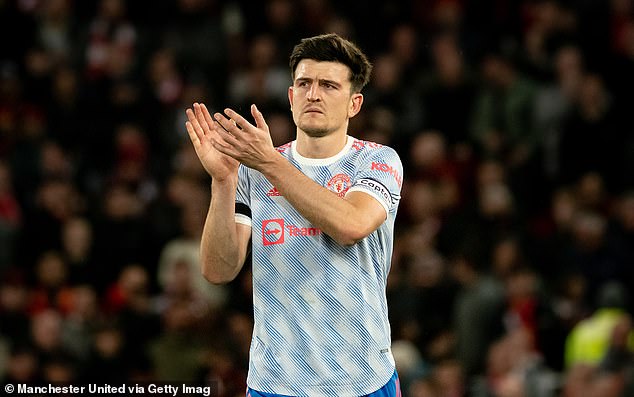 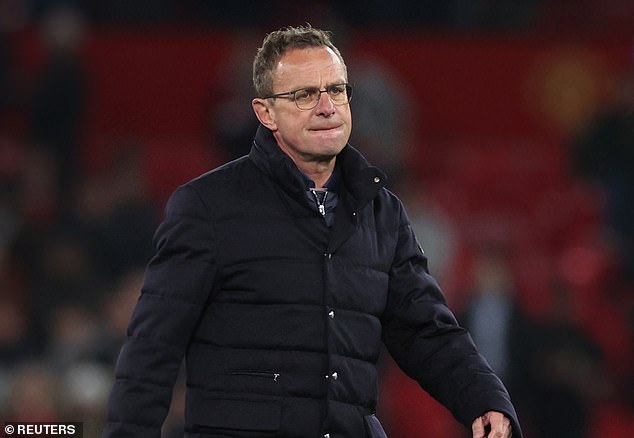 ‘Harry is back in training, he trained the whole week since the second day after the Brentford game so he will be available for tomorrow and part of the group,’ said Rangnick.

‘Edinson is training, he came on as a substitute (against Brentford). Marcus Rashford will be missing, he’s got bronchitis with a high temperature so he won’t be able to be part of the group. We have a question mark over Eric Bailly, he called the doctor this morning and has some problems with his back.’

Asked if Maguire could start against Brighton, Rangnick added: ‘This is a decision I have to make after training today. I don’t want to tell our opponents the line-up to start.’ 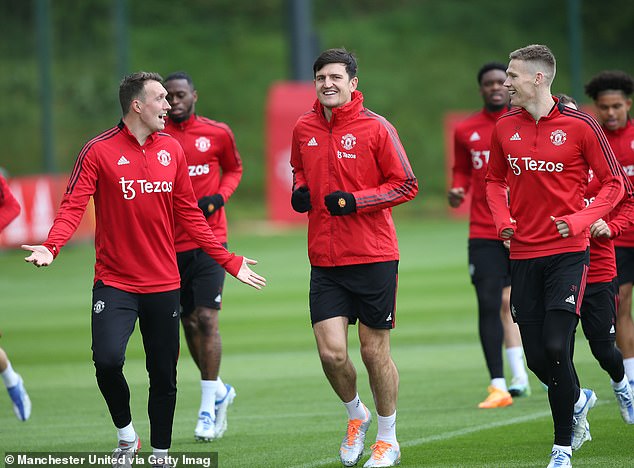 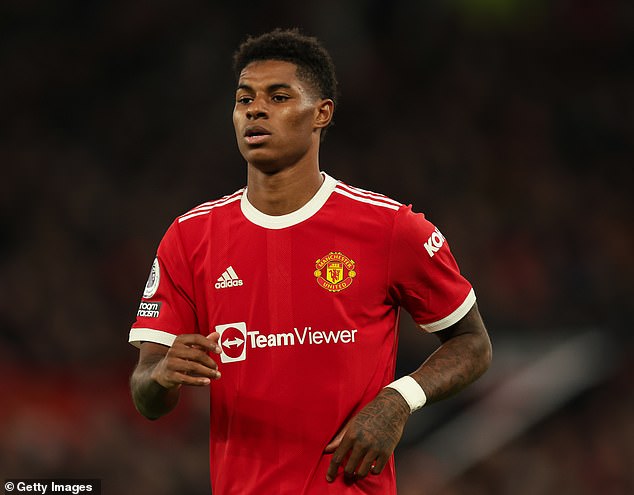 But Marcus Rashford will miss out this weekend, with the forward suffering from bronchitis

Rangnick confirmed that he will speak to new United manager Erik ten Hag at the end of the season about the squad he will inherit before the Dutchman arrives from Ajax.

‘We will definitely speak at the end of the season,’ said Rangnick, who will take over as manager of Austria while stepping into a consultancy role at United.

‘Both Erik and myself want to have our full focus on the outstanding games. He has three to play and will do everything to win the title in the Netherlands.

‘We have agreed we will have a chat and speak about everything at the end of the season.’