Manchester United captain Harry Maguire says the players are to blame for the sacking of Ole Gunnar Solskjaer.

The Norwegian was dismissed after the Red Devils' dismal 4-1 defeat to Watford on Saturday afternoon, leaving them eighth in the Premier League table – 12 points behind leaders Chelsea.

United have lost four out of their last five matches in the league, leaving Ed Woodward and the rest of the board no option but to wield the axed on their beloved Solskjaer.

Defensive issues have been a constant problem for Man Utd this season. The Red Devils have kept just two clean sheets in 17 matches. Now Maguire, who was dismissed against the Hornets for two bookable offences in the space of seven minutes, admits Solskjaer has "paid the price" for their poor performances.

He said: “If you speak to the players they’d probably say it’s the toughest time of their career at club level.

“The players need to take a big responsibility for everything on and off the field. We have not been good enough as individuals or collectively.

Who should Manchester United appoint next? Let us know in the comments section. “We were in it together as a group, the manager and the players and the manager has paid the price.

“It has been a hard time for us as players because of the amount of respect we had for the boss and what he has done for us.

“We have been on a journey together and it is never nice when someone loses their job.” 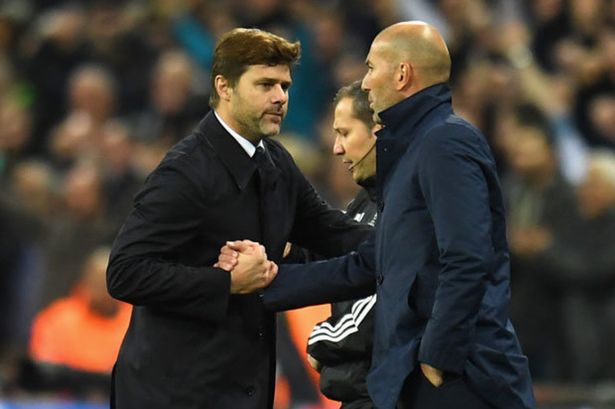 Mauricio Pochettino is the early favourite to replace Solskjaer in the Man Utd dugout.

The current PSG boss was constantly tipped with a move to Old Trafford whilst managing Tottenham and is reportedly unhappy in Paris despite constructing his star-studded squad.

Zinedine Zidane was also linked with the vacancy but the Frenchman has decided he isn't prepared to work in England just yet.

There are also reports his wife is refusing a move to Manchester.