‘You’ve got Hazard, Jovic, Bale, Isco and he can’t sub any of them in?!’: Real Madrid icon Guti slams Carlo Ancelotti over his Clasico catastrophe – and star man Vinicius is told he ‘cares more about the ref and rivals than playing’

Real Madrid legend Guti has hit out at Carlo Ancelotti for leaving a host of attacking reinforcements on the bench as they slumped to a 4-0 defeat against Barcelona on Sunday.

Los Blancos were torn apart by their El Clasico rivals at the weekend, falling two goals behind inside 38 minutes when Pierre-Emerick Aubameyang and Ronald Araujo struck twice early on at the Bernabeu.

Things then got worse for Ancelotti’s men after the break interval, with Ferran Torres putting Barca out of sight two minutes into the second half and Aubameyang adding his second of the game to seal the rout four minutes later. 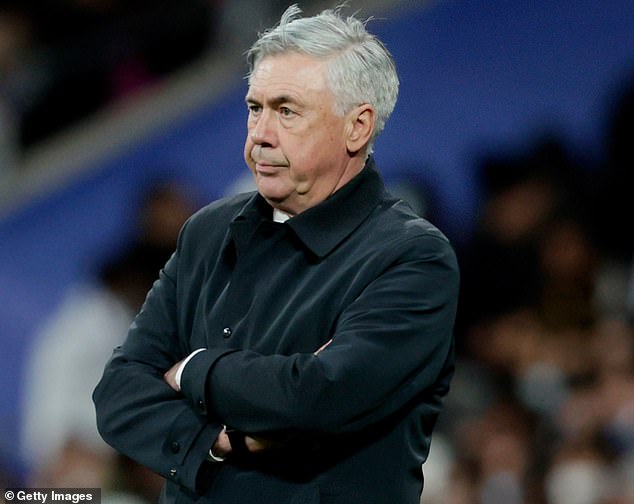 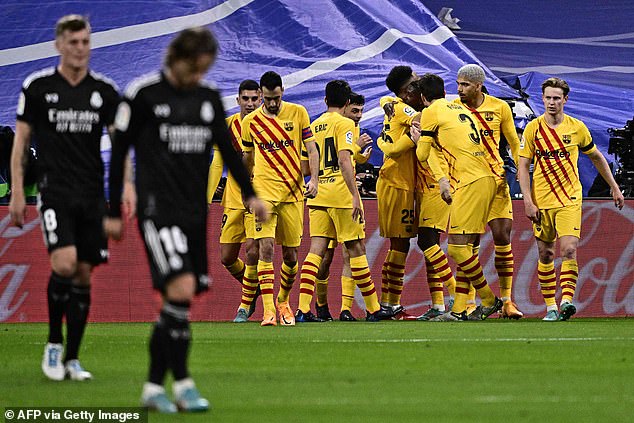 It was a devastating defeat for Real to take, but Guti could not fathom why Ancelotti snubbed a number of attacking options on the bench during the match.

Midfielder Eduardo Camavinga and striker Mariano Diaz, who had only played 29 minutes of La Liga football this year before his second-half outing on Sunday, were his first changes during the break, before Lucas Vazquez and Marco Asensio entered the fray when Barca were already four goals ahead.

Eden Hazard, Luka Jovic and Isco were all left on the bench, which came as a major frustration to Guti.

‘I’m Ancelotti and I look at the bench and I have Hazard, Jovic, [Gareth] Bale, Isco… And you’re telling me that I can’t sub any of them in?’ he said on El Chiringuito. ‘What’s going on? I am getting lost. 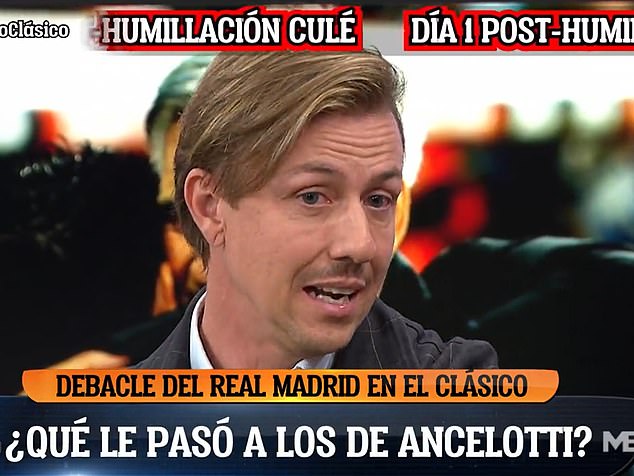 ‘I watch the game against Barcelona and I see the Real Madrid bench and I find that in the second half the first change from Madrid is Mariano… How can this be? Aren’t Bale and Hazard there? Madrid’s first offensive change Mariano, who hasn’t played this year?’

Nevertheless, Ancelotti later confirmed that Bale was absent altogether on Sunday due to illness.

Guti was also critical of Vinicius Jr for his showing on the night, brutally adding: ‘Vinicius cares more about the referee and rivals than about playing football.’

Despite their El Clasico hammering, Real are still in a strong position to claim a historic double this season, with Ancelotti and Co sitting nine points clear at the top of La Liga and gearing up for a Champions League quarter-final tie against Chelsea. 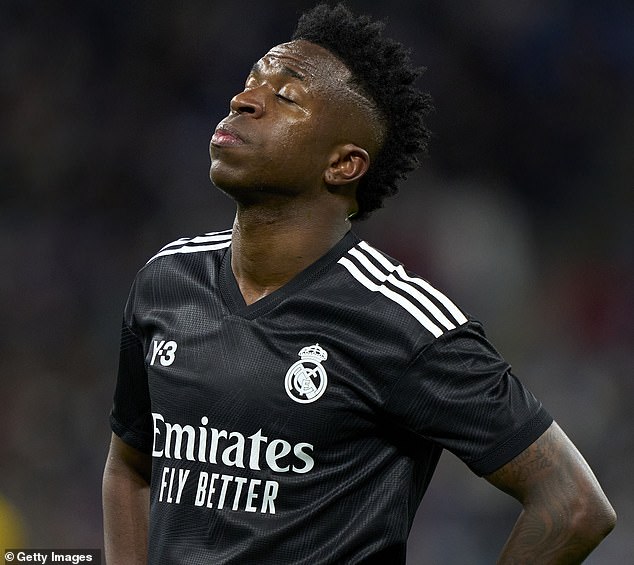 Yet, Guti believes several members of the current squad do not want to play for the club, continuing: ‘Real Madrid cannot be with 12 or 13 players. A big team that wants to fight for the European Cup, for the League and for the Copa del Rey cannot be with 14 players. What is happening here?

‘Whoever doesn’t want to play, he’s not part of Real Madrid. This is that easy. But now let him say it!

‘The club or Carlo Ancelotti has to tell that player “go to a press conference and say I don’t want to play for Real Madrid”. Real Madrid is paying you… how can you not play?’