It is fair to say Gareth Bale looked a bit awkward on Sunday night, after Real Madrid produced a remarkable comeback from two goals down to beat Sevilla 3-2 at the Ramon Sanchez-Pizjuan.

The victory helped Los Blancos go 15 points clear of both their Andalusian opponents and arch-rivals Barcelona in the LaLiga table with six games remaining.

Following the aftermath of the match, there were plenty of lively celebrations in the Real dressing room post-match. 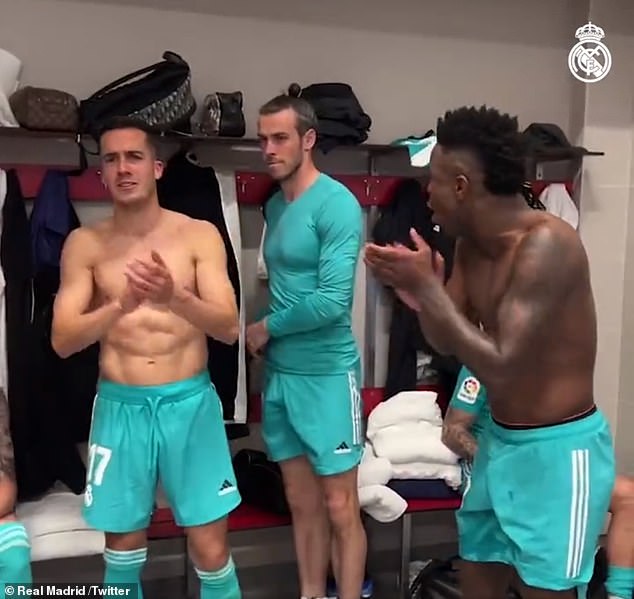 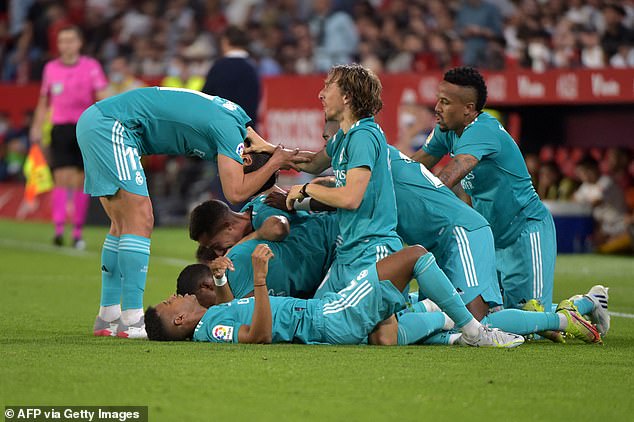 In a video circling on social media, Bale can be seen looking around awkwardly, while the rest are ecstatic following the win.

The Wales international was a used substitute during the game against Sevilla, and undoubtably had a hard time soaking up the victory.

Madrid’s player were scene taking photos with each other, before Bale left to go into another part of the dressing room.

Fans also noticed his actions, and took to social media to voice their sympathy towards the Welshman, with one even suggesting he looked like a ‘lost puppy’. 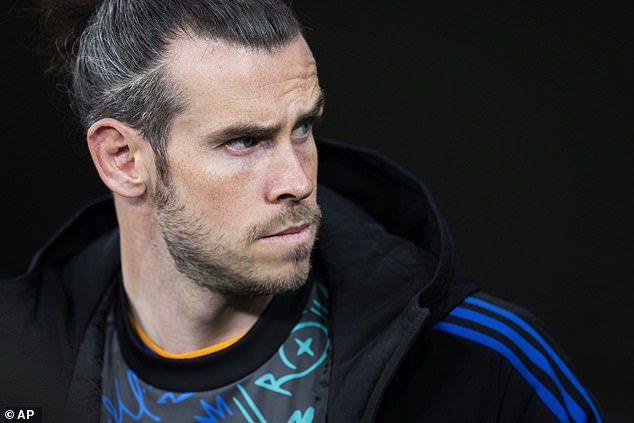 Former Barcelona midfielder Ivan Rakitic gave Sevilla the lead from a free-kick on 20 minutes, and ex-Tottenham winger Erik Lamela doubled his sides advantage four minutes later – as the hosts went into the break with a 2-0 lead.

Substitute Rodrygo brought a goal back for Real Madrid five minutes after the break, and Nacho equalised on 82 minutes, making it 2-2.

Los Blancos, however, stole it late on through talismanic French forward Karim Benzema, who fired home past goalkeeper Bono in stoppage time to secure the victory for his side.

Bale’s contract at the Santiago Bernabeu runs out at the end of the current season, and the 32-year-old is set to depart the Spanish giants, with a move back to the Premier League likely. 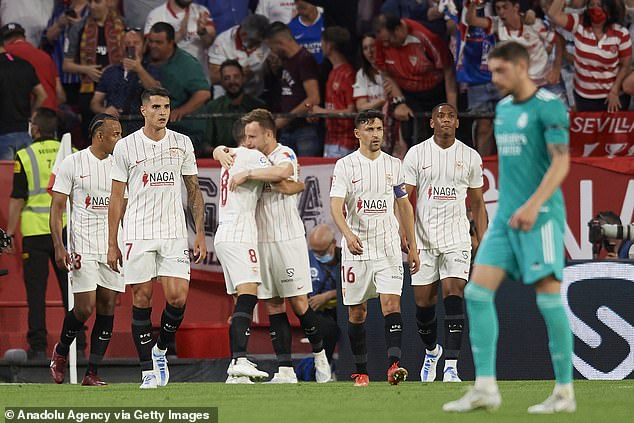 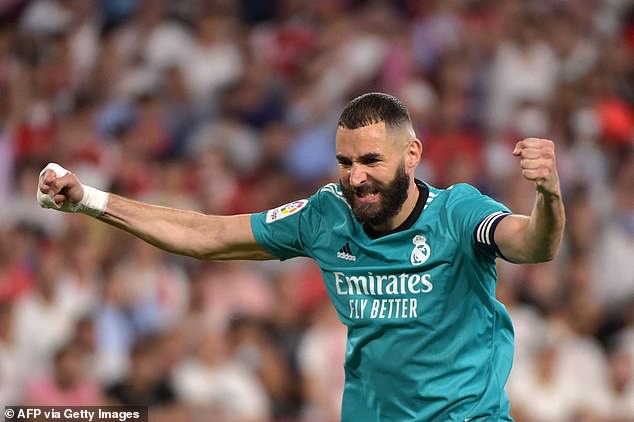 Rodrygo and Nacho levelled, before Karim Benzema netted in stoppage time to secure the win

It is not the first time the Welshman has come under increasing scrutiny for his actions towards his current employers.

A few weeks ago, Bale was branded a ‘parasite’ by media outlet Marca and accused of ‘sucking’ Real Madrid’s money, despite him helping them win 14 trophies, including four Champions League titles during his nine-year stint with the club.

The incident tainted his relationship with Los Blancos and their fanbase, and it is still talked about today.

Bale sparked controversy in 2019 with a banner which read: ‘Wales. Golf. Madrid. In that order

Bale’s agent Jonathan Barnett quickly came to his defence insisting it was meant as no offence toward’s Real Madrid supporters.

The Spanish media had reacted furiously to Bale’s actions at the time, with Marca publishing a front cover with the headline ‘Disrespectful. Wrong. Ungrateful. In that order’, while AS went with the headline ‘Bale digs himself a hole.’

Real Madrid can take another step towards the LaLiga title, when they travel to face Osasuna on Wednesday night.