Barcelona icon Luis Suarez claims he was sold to Atletico Madrid this summer to keep him away from his good friend Lionel Messi, and part of the reason was that he supported the Argentine’s decision to demand a transfer.

Suarez departed Barcelona in a stunning move to Atletico Madrid earlier this summer after Ronald Koeman took over at the Nou Camp.

The striker left the club as their third-highest goalscorer of all time, behind Messi and Cesar.

Despite becoming a club icon during his time at the Nou Camp, helping Barca to win four La Liga titles, four Copa Del Rey titles and the Champions League, he was let go under controversial circumstances.

Suarez, 32, was offered to a host of clubs and was initially blocked from signing for Atletico by Barca president Josep Bartomeu, before he was originally given the green light.

JUST IN: Chelsea star Olivier Giroud opens up on Serie A transfer interest and admits he may leave 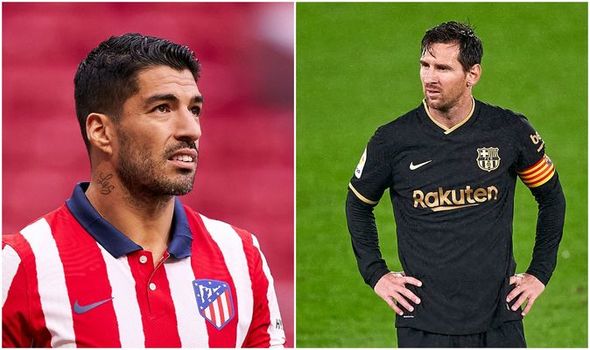 Atletico paid just £5.5million for the star, with Messi slamming the Barca board on Instagram for letting him go without a proper send-off.

The Argentine was in the midst of a battle with the club at that point, after being denied the chance to leave for Manchester City.

After Messi announced he had intended to exit his contract and become a free agent, Suarez supported the decision.

And the striker believes part of the reason behind his departure was because Barca’s board was unhappy at him for showing support to Messi, and that they wanted to keep the pair apart.

“Out of respect for the relationship I have with Leo, I’m not going to say what we talked about at the time, but he lived through a difficult and complicated situation,” Suarez said.

“He wanted to leave and the club did not want him to. I tried to support him, take care of him and distract him a little.”

“I think they wanted to get me away from Messi’s side, perhaps it bothered them that I have a good relationship with Leo.

“Maybe they wanted him not to be with me so much.” 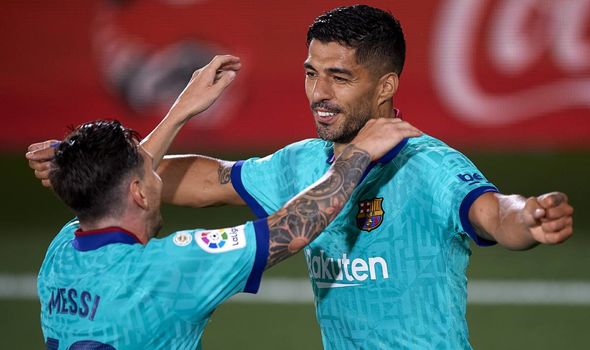 Messi subsequently agreed to stay at Barca until the end of his current contract, which expires next summer, before leaving on a free.

But Suarez believes the legendary forward will stay at the Nou Camp if the vote of no conficedence in Bartomeu is passed, leading to a new president taking over.

He continued: “There may be the possibility that Messi plays for another club, but if he feels comfortable, happy again and another board arrives, he will want to continue at the club.