Liverpool skipper Jordan Henderson has praised team-mate Mohamed Salah for his impressive goalscoring record and insists the Egyptian star has got even better.

The forward scored his 100th goal for the club in their 2-2 draw with Merseyside rivals Everton on October 17, reaching the landmark in 159 games.

Salah was prolific in his first season at Anfield following his £39million move from Roma in 2017, scoring a staggering 44 goals in 52 appearances. 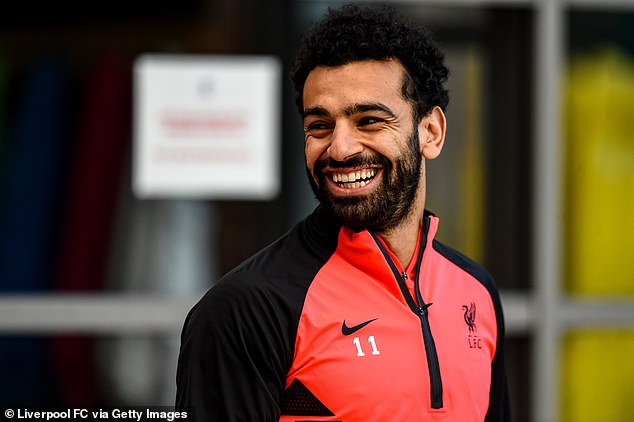 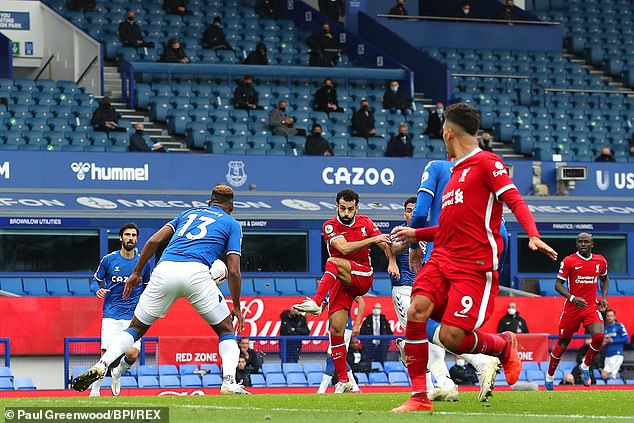 He wrote in the club’s official matchday programme for the Champions League clash against Midtjylland on Tuesday evening: ‘Mo’s numbers are jaw-dropping. He’s achieved his century in just 159 appearances – that is computer game stuff!

‘I shouldn’t be surprised, but it yet again underlines just how blessed we all are to be working with him, or be a supporter of this club at the time he is here with us.

‘Not for one minute do I think Mo is taken for granted; he 100 per cent isn’t by anyone associated with our club at least. But I do think the level of his achievement maybe deserves a little more recognition in the game.

‘It’s possible that the numbers he hit in his first season with us – 40-plus goals – means everything else since has been measured by an unfair and unrealistic yardstick.’

Salah is still, at times, underrated with the game, with some former pros arguing that he is undervalued. 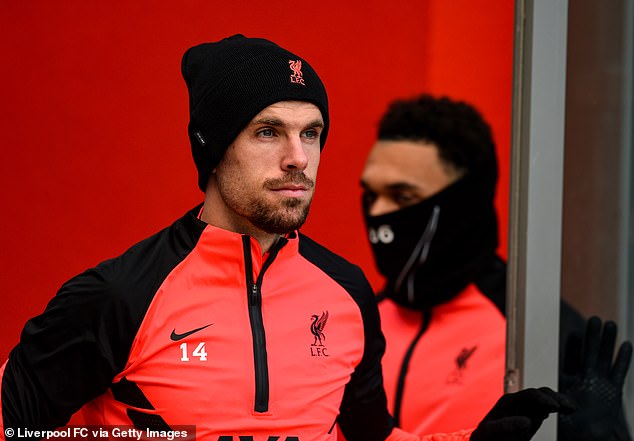 ‘All of Liverpool’s front three could have made my team, but I’ve chosen Salah because I still don’t think he gets the credit he deserves,’ former defender Glen Johnson told The Mirror last season.

‘With Mo Salah – I think he is underappreciated,’ he told Sky Sports.

‘Salah is seen as world class outside, but with Liverpool fans I think he is a little bit underappreciated. Certainly going form what he did in his first season to now there is a slight dip.’

Henderson admitted that Salah, who became the fastest player in Liverpool history to reach half century of Premier League goals, has continually improved since his arrival three years ago and has got better each year.

‘As someone privileged to play alongside him, I can tell you I think he is so much better now than during that first season. I also think his contribution now is more important than in that first season. As amazing as he was, he has only got better and better,’ he added. 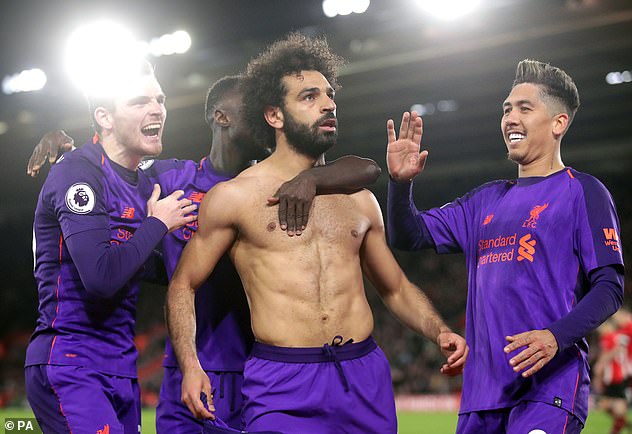