Liverpool will NOT pursue Jude Bellingham this summer because ‘he’s not on the market’, explains Jurgen Klopp… as Reds boss insists they won’t sign any other midfielders for the new season

Jurgen Klopp has given a simple explanation as to why Liverpool will not pursue Jude Bellingham this summer – and insisted he will not sign any other midfielders.

Liverpool took care of their main transfer business last month when they completed deals for Darwin Nunez, Fabio Carvalho and Calvin Ramsey but that has not stopped speculation raging about the possibility of Bellingham arriving at Anfield.

There is no question that Liverpool are huge fans of the England international and Bellingham has a strong relationship with both Jordan Henderson and Trent Alexander-Arnold from the time they have spent together during international camps. 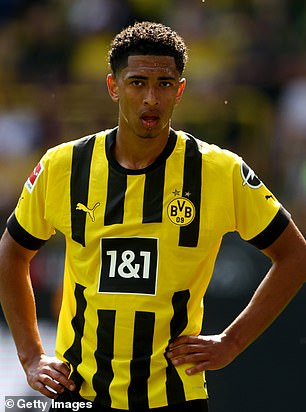 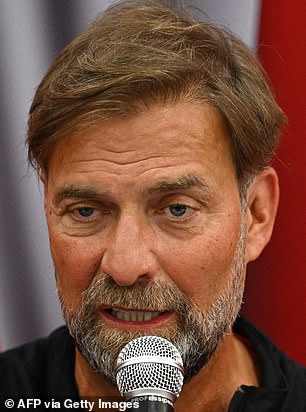 But Bellingham, who went on record in May saying that he would spend this season in Germany, is focused on the forthcoming campaign with Borussia Dortmund and Klopp knows his old club have no interest in losing the 19-year-old in the same window as Erling Halaand.

When asked if Liverpool would buy a midfielder before the window closes, Klopp replied: ‘No. I can say that. I don’t think something will happen in midfield, but you never know. If somebody comes to you and says ‘I want to go’…

‘Nobody came to me but if that happens then we have to talk. But if the situation stays like it is, then tell me why (I should sign someone)? I do not understand. People told me about this discussion but the last thing that would have crossed my mind is that we have to do this (sign a midfielder).

Klopp, whose team begin their pre-season preparations on Tuesday with a friendly against Manchester United in Bangkok, is more than content with the options he has at his disposal and stressed that his current midfielders allow him to play in many ways.

The first-choice selection would be Jordan Henderson, Fabinho and Thiago Alcantara but Klopp is also a huge fan of Naby Keita, whose future will be a source of discussion in the coming weeks as he only has 12 months left on his contract. 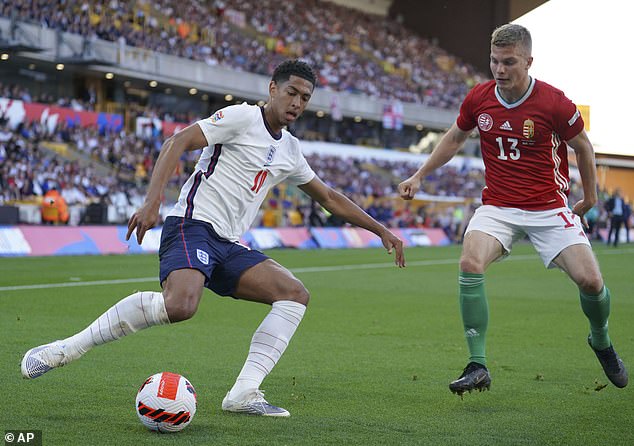 Aside from that, Klopp is enthused by the progress of Harvey Elliott and Curtis Jones, while Carvalho, who arrived from Fulham, is expected to get many opportunities during the course of the new season judging by the German spoke about him.

‘I know all these things,’ said Klopp, addressing the criticism his midfielders receive. ‘We don’t score enough goals from midfield, this and that, but what do we want? This ‘Golden Cow’ that is producing absolutely everything, milk as well!

‘We can go through it. Where do you want to start? So, Fabinho, Henderson, Thiago, Milner, Keita, Curtis Jones, Harvey Elliott, Fabio Carvalho, Oxlade-Chamberlain. Now tell me what kind of player are we missing? One who is offensive, 1.95m and arrives into the box to head balls in? 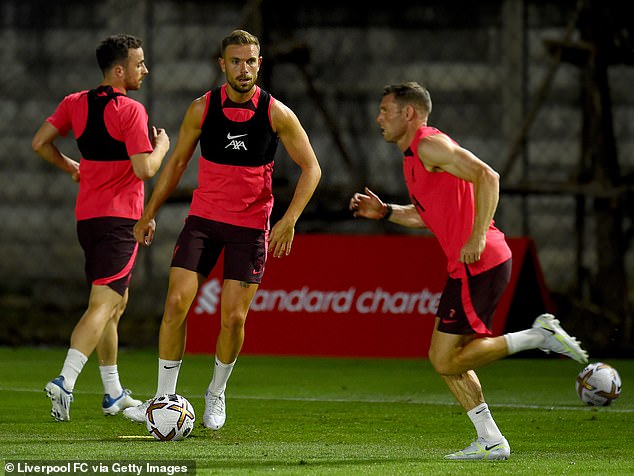 ‘OK… apart from that! We have three players in the squad who can easily play as a No 6 – Fabinho, of course, but Hendo and Milly played it fine. Creativity? If we bring in a player just for that, we immediately make it more difficult for Harvey, Curtis and Fabio.

‘They can all play different positions as well of course, Curtis can play a line higher and Harvey and Fabio can play there too. Fine. We can play a different system as well, where we might only need two midfielders, but then all these guys can play as a No 10 in the new system.

‘So where is the need for a midfielder? There’s really a lot of excitement for this situation from our side. If you want guarantees then you have to look somewhere else. We work a lot with expectations, and our starting point most of the time is very, very positive.’