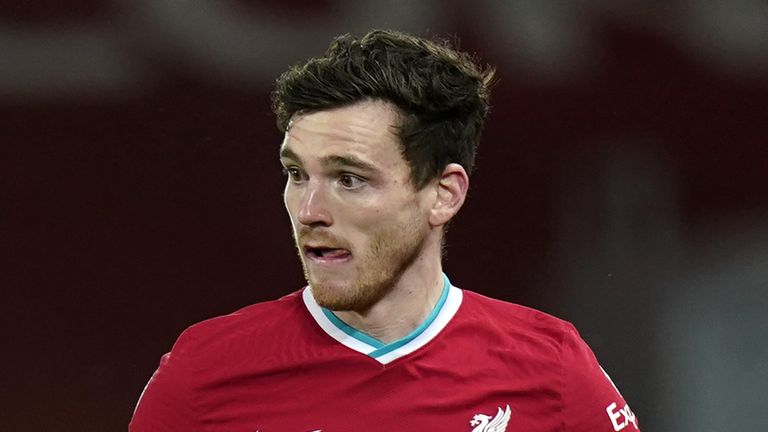 Team news, stats and prediction ahead of Liverpool vs Chelsea in the Premier League on Saturday Night Football; kick-off 5.30pm.

Liverpool left-back Andy Robertson is hoping to make his first appearance of the season against Chelsea.

The Scotland left back was an unused substitute in last week’s home win against Burnley after recovering from an ankle injury and Jurgen Klopp must decide if he starts in place of Kostas Tsimikas.

Fabinho is back from compassionate leave following the death of his father and Alex Oxlade-Chamberlain is in contention after the birth of his first child. James Milner (knock) will miss out.

Chelsea forward Christian Pulisic will be a doubt for the trip to Anfield after his positive Covid-19 test.

The USA forward missed Sunday’s 2-0 win at Arsenal due to self-isolation, but has not suffered any symptoms after testing positive.

Pulisic might not be back in training with enough time to be ready to feature, while Kurt Zouma will not be available amid a possible switch to West Ham and also personal issues that required him to return to France this week. 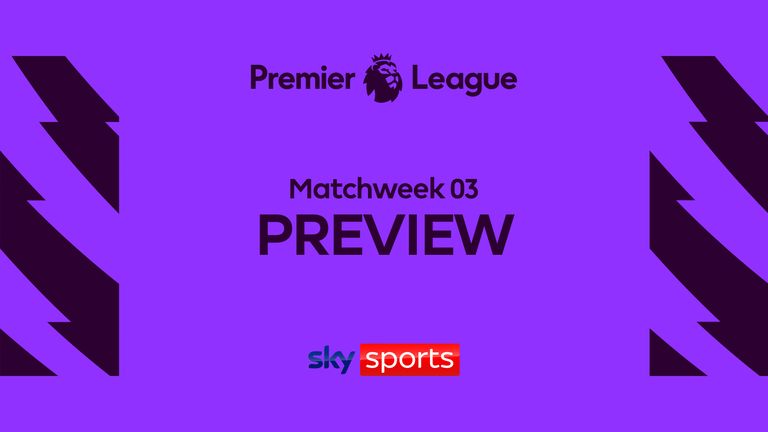 A proper game. Two legitimate title contenders going at it – who will lay down an early marker? That is a stupendously tough question as I’ve got these two almost identically matched. You could play this game 10 times at a neutral venue and there’s a strong chance we’d see five wins apiece.

I would slightly favour Liverpool with the Anfield crowd but the odds mirror that with Jurgen Klopp’s men slight favourites at 29/20 with Sky Bet and the away win a 15/8 chance with Sky Bet. Liverpool have won four of the last five Premier Leagues meetings between the two but the one Thomas Tuchel was in charge of, Chelsea won 1-0 last season. But then Tuchel has lost more games vs Klopp than against any other manager. As you can tell I’m going around the houses with this one. I have no angle in for the match outcome.

Instead, I’ll be playing the cards market.

The fact this is an early-season clash between two title rivals does open the possibility of a somewhat cagey encounter if the scores are level at 60 minutes. A point is a perfectly acceptable result for both. That could lead to a low foul count involving two teams that rank low for yellow cards anyway. In the period since Thomas Tuchel took charge, Chelsea rank 16th for yellow cards and Liverpool 18th. Also, this fixture produced zero cards last season. With referees seemingly happy to let the game flow more this campaign, Anthony Taylor may want to reinforce that point in what is the highest-profile Premier League game so far. I like the look of the game to produce two or fewer cards at 6/4 with Sky Bet.

Essential Football Podcast: Jamie Redknapp on Liverpool vs Chelsea and Harry Kane’s golf skills! | Plus: Man Utd on the brink of a record

PART 1: It’s Virgil Van Dijk vs Romelu Lukaku at Anfield this weekend – but who will come out on top? Jamie Redknapp gives his verdict. Plus, the Sky Sports pundit reflects on Harry Kane staying at Spurs – and reveals what the striker is like on the golf course!

PART 2: Sky Sports Football journalist Charlotte Marsh takes a look at a new role for Adama Traore for a Wolves side who have managed 42 shots but 0 goals in their first two Premier League games, and we dissect Man Utd’s remarkable run of results away from home.

PART 3: We preview Leeds’ trip to Burnley and Data Editor Adam Smith names the statistically best-performing English players across Europe from the opening rounds – with several surprise names in the side!