Ibrahima Konate is reportedly ‘dissatisfied’ with life at RB Leipzig, giving Liverpool hope of pushing through a move this summer. Jurgen Klopp is expected to be in the market for at least one centre-back in the transfer window after a disastrous league campaign.

Their issues have largely stemmed from long-term injuries to Virgil van Dijk and Joe Gomez, while Joel Matip and Fabinho have also struggled with their fitness.

Both Gomez and Van Dijk are expected to be fit in time for the start of next season, but decisions will be made on the summer on who the club want as alternative options.

Matip’s future at Anfield has come under scrutiny after another injury-ravaged campaign.

And while Fabinho has performed admirably at the back, Klopp will be keen to utilise the Brazilian in his preferred role in midfield instead of a makeshift centre-back.

JUST IN: Liverpool receive Ramsey transfer boost that is bad news for Arsenal 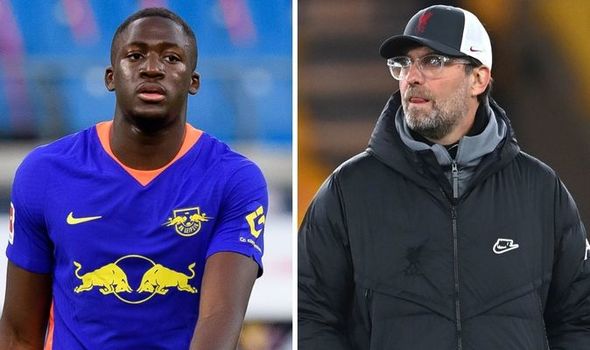 Nathaniel Phillips and Ozan Kabak – currently on loan from Schalke – have been the go-to pair at the back in recent weeks and the pair have impressed in parts despite their relative inexperience.

Liverpool have the option to make Kabak’s loan permanent for £18million in the summer while reported have suggested that Phillips has done enough to convince Klopp that he can be trusted as an option for next season.

But it appears as though France Under-21 international Konate is someone Liverpool are looking at closely.

The Leipzig defender has gone under the radar at Leipzig somewhat due to the attention Dayot Upamecano has garnered.

And Konate has been limited to just nine Bundesliga appearances this campaign due to injuries and falling out of favour under Julian Nagelsmann.

Sky Germany report the 21-year-old has grown frustrated at his limited number of appearances this campaign though amid interest from Liverpool.

It is said that a move away from Leipzig is ‘quite conceivable’ with Konate’s release clause being set at £34m.

But the report suggest that Liverpool haven’t fully made up their mind as of yet on whether Konate is who they want. 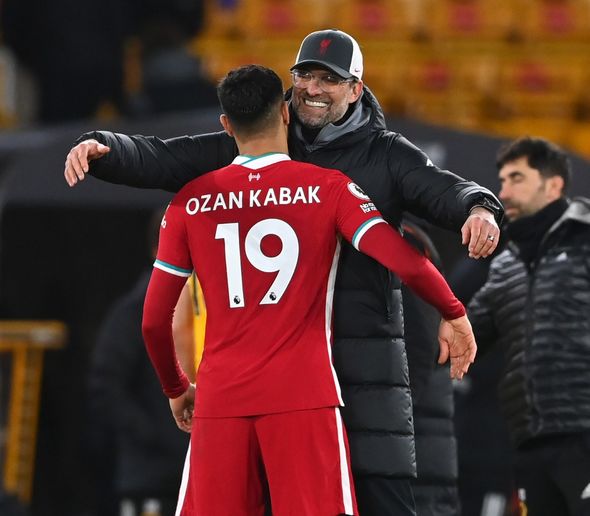 It is claimed that no official approach has been made by Liverpool, despite reports suggesting otherwise.

Liverpool may be looking at all their options before deciding on who to bring in as cover at centre-back.

Kabak would be a cheaper alternative and the Turkey international has the advantage of working closely with Klopp before a decision is made this summer.

The 21-year-old will also likely be key to Liverpool’s top-four aspirations as well as their hopes to win a seventh European title.