Liverpool are threatening to hijack Manchester United’s move for Ajax winger Antony after reportedly speaking to the Brazilian’s agent. The Red Devils have held a strong interest in the 22-year-old but have so far prioritised other targets.

Antony’s form under Erik ten Hag last season has caught the attention of Europe’s top clubs. Ten Hag has been keen to take the starlet to Old Trafford but United have been put off matching Ajax’s reported £69million valuation.

Liverpool are also interested in a move despite refreshing their forward line in the last three transfer windows. The Reds have spent nearly £200m on Diogo Jota, Luis Diaz and Darwin Nunez over the last 12 months.

But Jurgen Klopp is seemingly keen to keep improving in a bid to catch up with Premier League title rivals Manchester City. The Anfield hierarchy have apparently spoken to the agent of Antony over a deal. 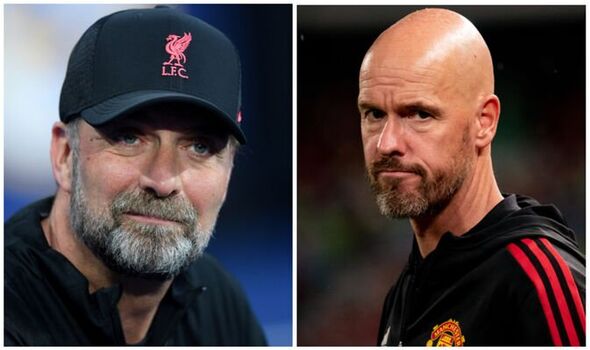 That is according to Brazilian publication Yahoo Esportes, who add that Sao Paulo are closely monitoring the player’s situation. The Brazilian outfit, who are struggling financially, are due 20 per-cent of the profit Ajax make on Antony, who they signed for £16m in the summer of 2020.

Sao Paulo could therefore earn around £10.6m if a club pays Ajax’s asking price of £69m. The Eredivisie side are keen to keep the star, though, who was one of their best players last season.

Antony scored 12 goals and provided a further 10 assists in 32 appearances across all competitions. His ability in the final third would make him an excellent purchase for any top club. 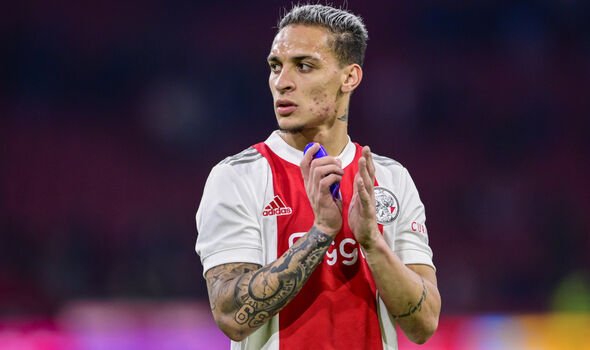 Liverpool already boast a wealth of talent in attack despite the departure of club icon Sadio Mane. Nunez has been signed in a blockbuster £85m deal in a bid to replace the goals scored by Mane.

But Klopp has already been forced to urge fans to forget about the fee paid to Benfica and call for patience after Nunez missed a glorious chance on his Liverpool debut. The ball fell kindly to the Uruguayan after Mohamed Salah hit the post, but he skied his effort over the bar under pressure from Eric Bailly.

Responding to concerns about Nunez, Klopp said on Thursday: “I am completely convinced about his potential but new players need time and get time. All Liverpool fans on the planet are the first ones who should just delete the fee we paid [from their minds]. Just delete it. It’s unimportant,” Klopp told journalists in Singapore.

“Now it’s a boy from us. Now we do absolutely everything to not only see the things we saw from him at Benfica, no. From now we go – this is just the base.