Liverpool are seriously considering a move for Leeds forward Raphinha and could use Takumi Minamino as a makeweight in the deal, according to a report.

Sadio Mane – who is a target for Bayern Munich – is expected to leave Anfield this summer and Jurgen Klopp is busy making plans to replace the Senegalese international.

The Reds have been long-time admirers of Raphinha, but they face competition from LaLiga giants Barcelona. 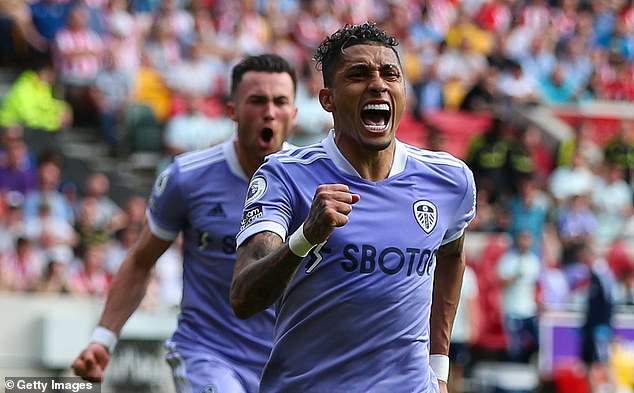 According to The Mirror, Liverpool’s interest has ramped up in recent days as Mane edges closer to an exit.

The report adds that Klopp is so keen to sign Raphinha that he is willing to sacrifice Minamino, who has proved a useful squad player since moving to Anfield two and a half years ago.

It has been claimed by The Athletic that Leeds want between £60million and £70million for their star man. 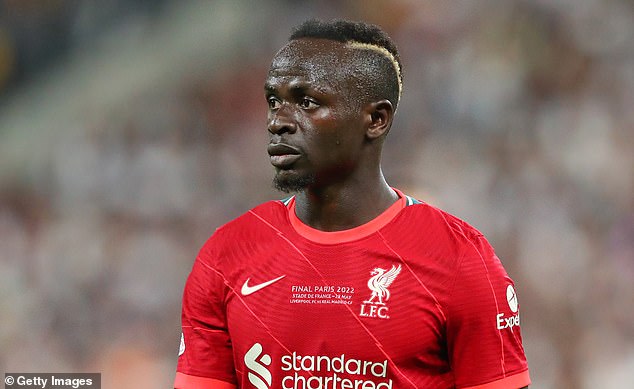 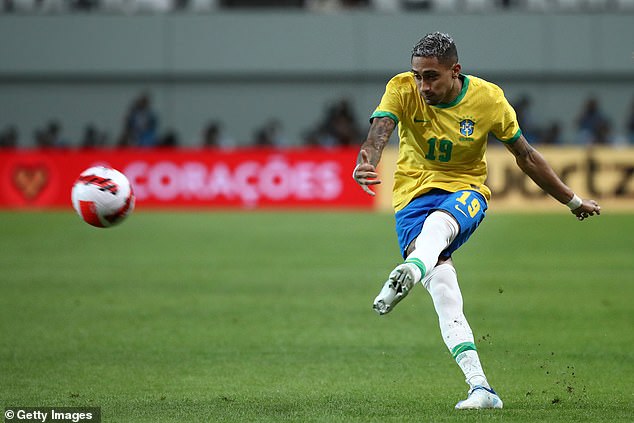 Raphinha, who is currently away on international duty with Brazil, is also wanted by Barcelona

That may put Liverpool in the driving seat for his signature, as financially-stricken Barcelona will struggle to meet that valuation unless they sell players first.

Raphinha, who is currently away on international duty with Brazil, scored 11 goals in 35 Premier League appearances for Leeds last season.

The Whites survived relegation on the final day of the campaign as they won 2-1 away at Brentford, with the 25-year-old holding his nerve to open the scoring from the penalty spot.

Letting Minamino go to Elland Road as part of a deal for Raphinha may not seem like a huge loss for Liverpool, but the Japanese international is highly valued on Merseyside. 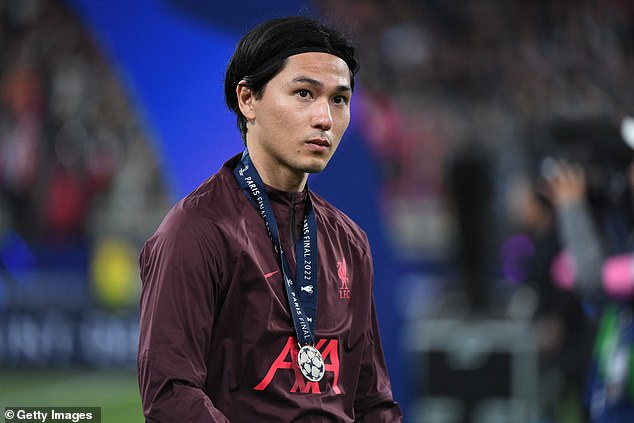 He scored 10 goals in all competitions last season, playing a key role in their run to League Cup final in particular.

After the 27-year-old netted in the Reds’ win over Southampton in the penultimate league game of the campaign, Jurgen Klopp said that it was ‘a crime’ that he hadn’t played more often.

Two months earlier, the Liverpool boss admitted how difficult it was to leave Minamino out of the team.

‘It is incredibly hard for him and for me as well because it is really tough these kind of things,’ he said. ‘Taki is in an incredible moment.’