Liverpool star Thiago Alcantara has admitted he isn’t happy with how he’s started life at Anfield. Thiago joined the Reds last summer but has been unable to find his best form since making the move.

Thiago has opened up on his rocky start to life at Liverpool.

But since joining the Reds, the central midfielder hasn’t been able to find a good rhythm in Jurgen Klopp’s side.

Thiago has also faced criticism for his performances, with Dietmar Hamann even going so far as to say he is making the team worse. 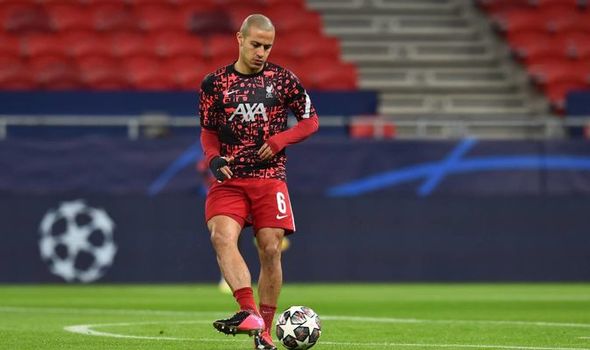 But the player himself refused to shy away from that criticism after Liverpool’s 2-0 win over RB Leipzig.

Thiago, who is known for dictating play and setting the tempo of a team in the middle of the pitch, admitted he doesn’t pay attention to any criticism.

He also touched on his knee injury, which kept him out for a long stretch just after his debut for the club.

“I don’t read a word about what people talk about me,” Thiago said.

“A new club, a strange situation (COVID), I had a strong injury, so get to into the rhythm it was hard, but it’s not an excuse.”

Thiago played a starring role at the Puskas Stadium on Wednesday night, setting the front three free with some beautiful passing moves.

He lined up alongside Fabinho in the middle of the pitch for the first time, as the Brazilian has often had to fill in at centre-back. 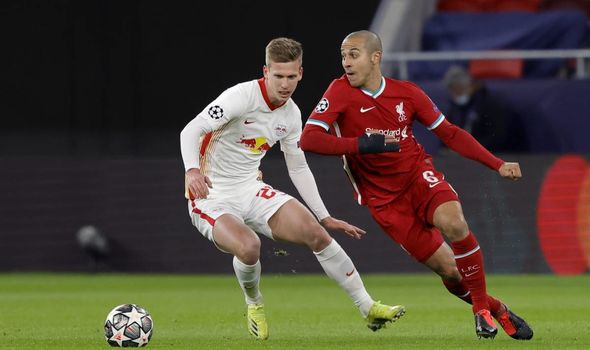 And Thiago heaped praise on Fabinho after the game, and explained that having the defensive-minded player in the side allowed him to get closer to the front three.

“He is a great player. He gives us a lot of confidence in our backs, and it’s awesome to play alongside him,” he said.

“It frees me up a bit, I can move some lines forward and with that I can be more confident and player (nearer) with the strikers.

“I enjoy playing a bit more advanced because you’re always near the goal and you can create chances and score. It’s a nice position.”