Sadio Mane has made it clear that he has no plans to leave Liverpool this summer as he sets his sights on more trophies. The Senegal international has been a key figure behind Liverpool’s Premier League title success and is one of the main contenders in the frame for the PFA Player of the Year award.

It’s no secret that Zinedine Zidane is a huge admirer of Mane and has already weighed up the prospect of bringing him to the Bernabeu to wear the white shirt of Real Madrid.

Now could be the time for Mane’s head to turn given that Liverpool have won both the Champions League and Premier League, the two biggest prizes in club football.

However, in a huge boost for the Reds, Mane has committed his future to the world champions and wants to continue winning trophies with this unique group of players.

The 28-year-old said: “This is another step for all of us for what we want to achieve. 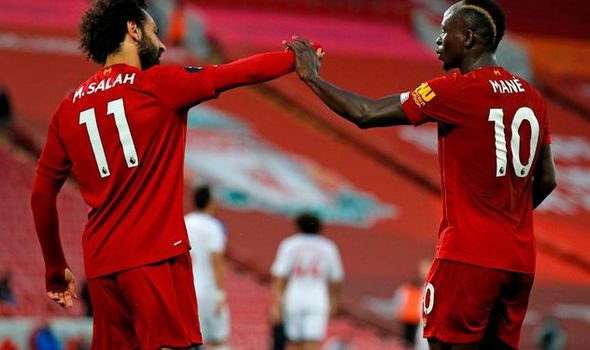 “As football players you always have to be professional and hungry, in a good way, to win everything.

“I think we have a great team, great staff and the club is amazing.

“We have another step and big things to achieve, so we won’t stop here.

“We just have to believe in ourselves still and keep working harder and be humble, for sure.

“Work hard and try to achieve bigger and bigger things with this club.”

Mane follows in the footsteps of team-mate Mohamed Salah, who also appeared to confirm he is going nowhere after helping end Liverpool’s 30 years of hurt.

He posted a picture on Instagram with Dejan Lovren, Roberto Firmino, Alisson and Fabinho at Liverpool’s secret Merseyside title party, captioning the image: “Yes. It feels THAT good. I want to thank all our supporters watching us from all corners of the world.

“You made this possible for us and I hope we can keep bringing you the joy you deserve. Now they’re gonna believe us.”

Both Mane and Salah are already tied down to long-term contracts and could be offered improved deals for their stellar efforts this season.

Liverpool will now look to finish the season on a high as they bid to gun down Manchester City’s record points tally of 100 set in the 2017/18 season.