Liverpool star Andy Robertson has refused to criticise VAR after his side’s 2-2 draw with Everton on Saturday. The Reds were left furious at several incidents during the Merseyside Derby. But the Scotland international has instead sent a rallying message ahead of their Champions League showdown with Ajax on Wednesday night.

Liverpool took an early lead against Everton through Sadio Mane, with the Senegal international finding the net in the third minute.

Everton then equalised through Michael Keane, before Mohamed Salah struck the visitors.

Dominic Calvert-Lewin secured a point for the hosts late on but, in the closing stages, Liverpool appeared to have won the game.

Jordan Henderson’s powerful drive was too hot for Jordan Pickford to handle but the goal was chalked off, with Mane adjudged to have been standing in an offside position. 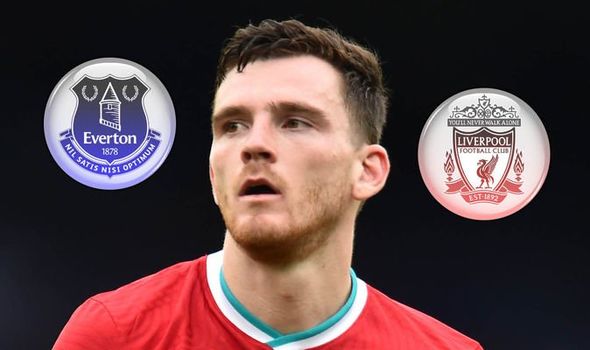 But Robertson has refused to be overly critical of VAR, telling the club’s official website: “It’s obviously disappointing and I think we’ll be the more disappointed team.

“The game was there for us today, we created enough chances.

“We thought we had nicked it at the end and then I think Sadio’s toenail was maybe offside but that’s what VAR brings. Onside, offside, it’s clear, so unfortunately it doesn’t matter the margin, he’s offside.

“It’s always tough to take when you think you’ve won it and you are that close and things like that. But we take a point and we move on. 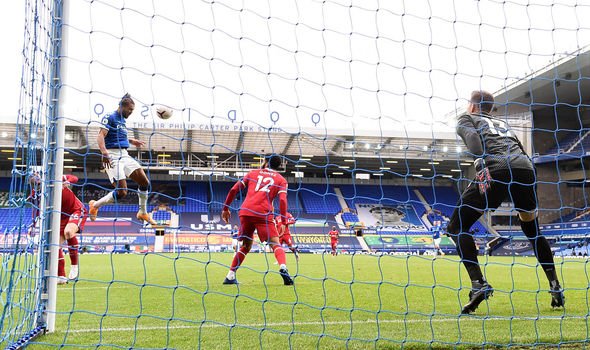 “So, on another day we might have been further ahead before what happened, happened. We’ll take the draw and move on to the next game.”

He then added: “I looked when Thiago played the ball and I thought [Sadio] could be or couldn’t be [offside].

“But you’ve just scored the winner in the derby – we think – and you can’t not celebrate it.

“You then just wait for the decision and obviously the referee took a long time over it so we knew it was going to be a close one and usually when they take that long we know it’s sadly not going to go in our favour. Look, it is what it is and we move on from it.”

Robertson also called on Liverpool to focus on the good things from the draw, adding: “We need to take all the positives.

“We looked as if we were going to create more chances, which we did, and we were probably ugly to play against.

“So, a lot of things [were] pleasing, but at the end of the day you come here for the result, which we never got, so we dust ourselves down, we’ve got a hectic period coming up, we’ll look forward to it and we’ll get our legs ready for Wednesday because the Champions League journey starts again and we want to go far in that competition so we need to get legs ready and then go back to Premier League business.

The result means Liverpool sit second in the table on 10 points, with Everton top on 13.