Liverpool are reportedly preparing to revive their efforts to sign Fede Valverde from Real Madrid in January, with an eye-watering £85million deal supposedly in the pipeline. The all-action midfielder has emerged as a key target for Jurgen Klopp as he looks to strengthen his squad in the winter transfer window.

According to Spanish newspaper AS, Klopp wanted to sign Valverde this summer only for Real to spurn their enquiry, having already sold Casemiro to Manchester United. Since then, Valverde has been in sensational form for Real, scoring three goals in his last three games, eclipsing his total from last term when he managed just one for the entire campaign.

But the Premier League title contenders do not have a bottomless pit of money and may need to make room for the 24-year-old should he be interested in making the move to Merseyside.

Express Sport looks at five players who could be worse off in the event that his big-money transfer goes through. 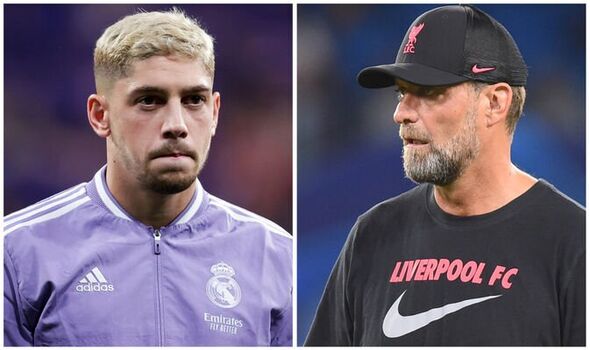 At any given time when Jurgen Klopp has a full strength squad to choose from, Fabinho, Jordan Henderson and Thiago Alcantara would be his first-choice midfield three. But the nature of the trio’s injury record usually means one of them is unavailable, leaving a slot open in central midfield.

The issue that cannot be ignored is that Henderson, at 33, is nearing the end of his Reds career. A player like Valverde can provide all of the verve and energy that the England international is perhaps no longer able to.

It is not to say that Henderson would merely be discarded by Klopp, given their close relationship since the German’s arrival in October 2015. But it is natural that the experienced midfielder may see his game time reduced to a bit-part role with the big-name signing of Valverde. 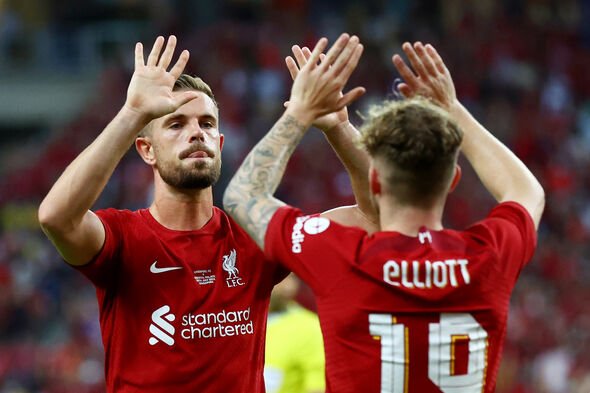 Klopp’s issues in midfield have been so dire that he has been forced to experiment with James Milner and Harvey Elliott joining Fabinho through the middle.

But the positive note is that Elliott has flourished in a fluid No 8 role, proving to be an energetic presence in linking the midfield and the attack together. The obvious downside to Valverde joining Liverpool would mean that Elliott is either shifted about somewhere else on the pitch or used as an impact substitute.

That would be represent a huge disappointment for the 19-year-old, who has produced some excellent performances in a Liverpool shirt this season. However, he is still very young and may be willing to bide his time and wait for a chance to win back his spot if he is dropped by his manager.

At 21, Jones is at the age where playing every week is not a need but an absolute necessity if he is to realise his potential — and there are certainly doubts he can achieve that with Liverpool.

The attacking midfielder has shown glimpses of his ability in his 75 appearances for the club since his debut three years ago, and his return of eight goals is not to be sniffed at. But injuries and a lack of consistent form have cost him a regular spot under Klopp.

Similar to Carvalho and Elliott, Jones will have to be patient and wait for his chance as Valverde is likely to command an automatic starting spot. The alternative is to consider moving elsewhere where he may be able to guarantee more football — but Klopp would loathe to lose a useful squad player like Jones has proved to be.

The England Under-21 winger was promised first-team opportunities this season after his £8m move from Fulham but perhaps even Carvalho did not expect to be so heavily involved in the Reds’ first six matches of the season.

The 19-year-old is still getting to grips with life in the top flight but has shown sparks of his undeniable ability, scoring a stunning volley in the 9-0 annihilation of Bournemouth to open his Anfield account.

Valverde’s potential arrival would make it difficult for Carvalho to make a case for starting ahead of the Uruguayan in midfield, but as long as Liverpool do not sign any more forwards in January, he will get his opportunity as Klopp rotates Luis Diaz and Mohamed Salah on the wing. 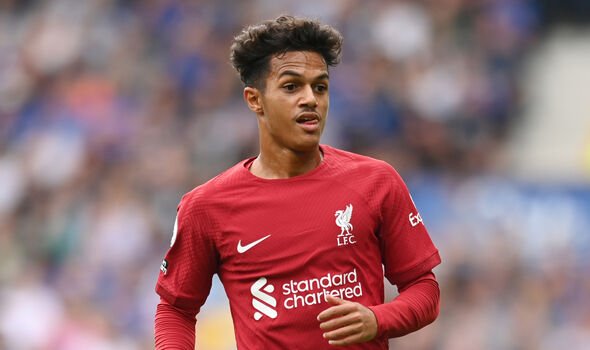 The evergreen Milner has finally shown signs that his 36 years are taking a toll on his fitness and form after being forced to play more often than Klopp may have wanted him to.

Injuries to Naby Keita and Thiago have left the Reds short in numbers in midfield in the early stages of the season, with Milner struggling to cope with the pace and physical requirements that come with playing every three days.

It would be a surprise to see him retained by Liverpool next summer on another one-year contract if Valverde make the move to Merseyside and allowing him to leave would free up on a valuable space in Klopp’s space.