Premier League: How has the season unfolded?

Back in February, Roy Keane was in full attack mode. Liverpool had just been played off the pitch by Manchester City, a 4-1 defeat at Anfield leaving them 10 points behind Pep Guardiola’s side.

It was a chastening day for Jurgen Klopp’s side and a clear sign of the gulf between the two sides: defending champions and champions elect.

Liverpool still had 15 Premier League games remaining and they appeared to be sinking like a stone. Keane, a former Manchester United midfielder, gleefully took the opportunity to stick the boot in on his side’s biggest rivals.

“We spoke before the game about that they are making a lot of excuses, but to me, they’ve been bad champions,” he began on Sky Sports. Everyone knew where this was going.

In a lengthy rant, he went on to accuse Liverpool of enjoying their 2019/20 title win too much, believing their own hype, having a poor mindset and of over-blowing their injury problems. 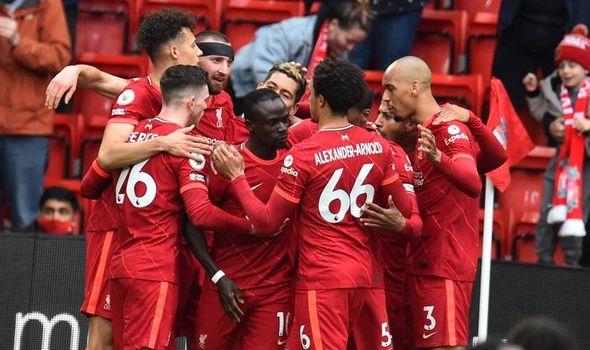 He ended his diatribe with this barb: “It’s a freak season, it’s with corona, just get on with it. Perform like champions, you’re Liverpool Football Club. If you keep performing like that, it’s going to be another 30 years until you win the title, trust me.”

We are now 106 days on, and while Liverpool haven’t yet won another title, they have achieved something that looked extremely unlikely just a few months ago.

The Reds’ 2-0 win over Crystal Palace on Sunday ensured a third place finish. Liverpool won eight of their final 10 league matches, drawing the other two. They took 26 points from the last 30 on offer to move from eighth to third.

Having initially been disappointed with their title defence, Klopp was jubilant at full-time after Sadio Mane’s two goals gave them the result they needed, with defeats for Chelsea and Leicester seeing the Reds move from fourth to third on the final day of the season.

“Credit to the boys – I can’t believe how it worked out in the last few weeks, incredible.

“If someone told me five, six, eight weeks ago we can finish the season in third – it was out of reach, barely possible.

“Fighting through this and finishing here in third is the best lesson you could learn in life. From nowhere to the Champions League in five weeks is a massive achievement.”

He’s right, too. Klopp has lifted many trophies in his career as a manager, but his achievement this year is one of his best.

The 53-year-old German galvanised his players, fought fires and plugged holes. He fielded a whopping 20 different centre-back pairings across all competitions, but the consistency they craved came from the two least experienced options.

The established front three of Mohamed Salah, Roberto Firmino and Mane all found their shooting boots to power Liverpool through, but it was Nat Phillips and Rhys Williams who got them over their biggest hurdle – and proved Keane completely wrong in the process. 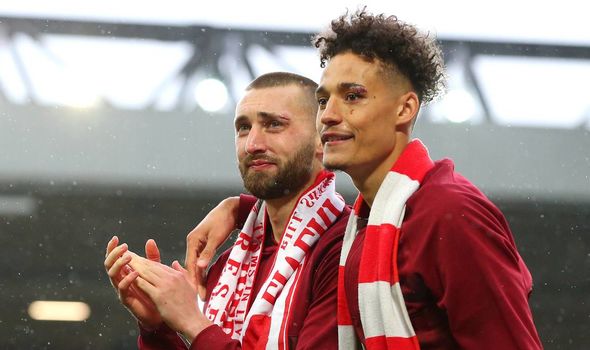 They may not be as polished as Van Dijk and Gomez, but they got the job done.

Thiago had struggled to get up to speed earlier in the season, with some questioning his usefulness after some ponderous performances. Over the final few months of the season, he showed just why he was so valued by Barcelona and Bayern Munich.

Alisson was at fault for two of the goals Liverpool conceded against Man City back in February. But it is fair to say all is forgiven and forgotten by Reds fans, considering the last-minute header at West Brom.

As for the “bad champions” moniker: Liverpool made a better fist of their title defence than Man City managed last year. Remarkably, the Reds only ended up 17 points behind City in first place – one point closer than City managed when coming second behind Liverpool in 2019/20.