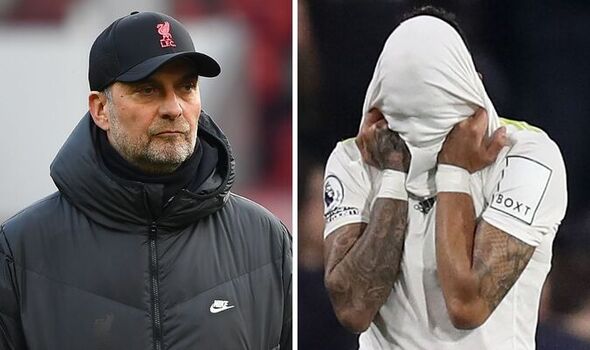 Liverpool have been linked with a move for Raphinha ever since the Brazilian joined Leeds back in 2020, but reports from Brazil indicate the Reds may need to move on. Jurgen Klopp is spoilt for choice in the attacking department, particularly following the arrival of Luis Diaz.

Diogo Jota’s injury last season in his debut campaign at Anfield saw Klopp forced to utilise Divock Origi and Takumi Minamino more often. But the duo struggled to make an impact on a regular basis, leading to several reports that Liverpool were going to look at signing another attacker in the summer.

Raphinha continued to be seen as a top target for the Reds, but Liverpool opted against pushing forward with a bid. Roberto Firmino, Sadio Mane, Mohamed Salah and Jota have been able to avoid serious injury this time around with the latter two in scintillating form in front of goal.

But with Liverpool now aiming to battle on all four fronts, the Liverpool hierarchy knew that upgrades were needed to be made on the likes of Origi and Minamino. Diaz has sinced arrived to fill that role and the Colombia international has proven to be a revelation since joining.

Now, with five top-class forwards, Klopp can rotate his frontline without losing too much momentum. Salah’s future remains a doubt though with little over a year left on his contract, along with both Mane and Firmino.

JUST IN: Four Arsenal players singled out for helping close the gap on Liverpool

The Egypt international appears to be the priority, but if it becomes clear that Salah won’t sign on Liverpool’s terms then a replacement will need to be looked at. Raphinha appears set on a move away from Leeds in the near future and contract extension talks with Leeds have so far been slow.

According to Brasil UOL, Leeds are keen to include a release clause in Raphinha’s contract. But the Brazilian winger is so far unhappy with the current proposal of that release clause being set at £70million.

Seen as one of the most talented players in the Premier League outside of the top six clubs, Raphinha will not be short of suitors. However, Liverpool have shown resistance at what they believe would be paying over the odds in the transfer market.

Raphinha appears unlikely to sign a contract at Leeds which includes a release clause, giving Liverpool and others hope that a cheaper deal could be made. But the Reds will likely want to pay close attention to talks between Raphinha and Leeds depending on Salah’s situation at Anfield.

For now, Liverpool are being made to wait as Salah’s contract talks drag on. Their preference will be to keep Salah at the club where he’s established himself as one of the world’s best players. But work will be going on behind the scenes should Salah want to leave and interest in Raphinha may well depend on his own contract situation.