The postponement of Premier League matches for this weekend and perhaps the next has served football fans up and down the country with a significant blow, but for Liverpool, it may provide a chance for their players to recoup their fitness. A pause in the action means the Reds could well be set to welcome four injured first-team stars back by the time Jurgen Klopp‘s side are next in domestic action.

Following the Premier League’s decision to postpone this weekend’s round of fixtures “out of respect” for Queen Elizabeth II who passed away at the age of 96 on Thursday afternoon, there have been suggestions next weekend’s games could also be deferred. While it remains to be seen when Her Majesty’s funeral will take place, the likelihood of police being redeployed to London en masse ahead of the ceremony means Liverpool may not take to the field again in the Premier League until after the upcoming international break.

With the Reds weekend clash with Wolves postponed and next weekend’s trip to Stamford Bridge to take on Chelsea potentially following suit, Klopp’s side may not be back in action until Saturday 1 October when they welcome a currently manager-less Brighton to Anfield. By the time that comes around, Liverpool could well have welcomed back a number of first-team stars. 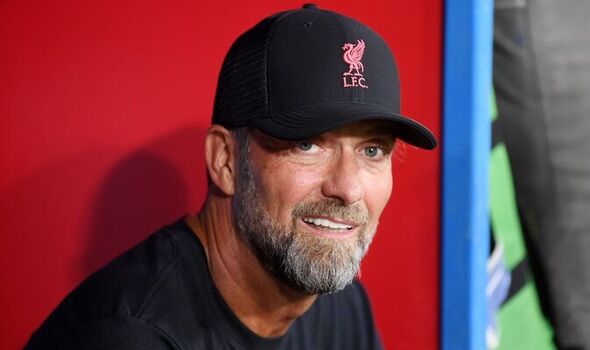 Summer signing Fabio Carvalho has enjoyed a scintillating start to life at Liverpool, netting two goals in his first six Premier League appearances having been used in every one of the Reds’ domestic fixtures. The 20-year-old was rewarded for his recently influential displays with a first start of the season in Liverpool’s goalless Merseyside derby with Everton, however a clash of knees with Toffees midfielder Amadou Onana saw him fail to re-emerge for the second period.

Speaking ahead of the Reds midweek clash with Napoli – a match Carvalho would miss through injury – Klopp confirmed the attacker isn’t far away from a return, revealing: “Fabio Carvalho, he is walking around again. He might be ready for the weekend but we’re not absolutely sure.” With this weekend’s fixture postpone, Carvalho will almost certainly be available for the Reds’ next fixture. 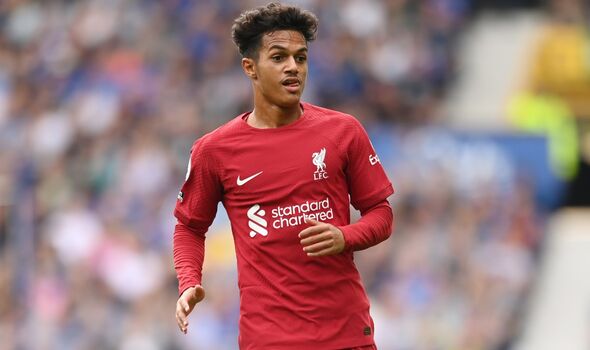 Alisson’s back-up Caoimhin Kelleher has been sidelined for some time now having allegedly sustained an injury while on international duty with the Republic of Ireland back in June – a claim the nation’s boss Stephen Kenny refutes. In his latest update on the No 2 ahead of Liverpool’s clash with Everton last weekend, Klopp confirmed Kelleher is closing in on a return, suggesting he will likely be back for the Reds next clash – whenever that may now be.

Having previously insisted in late August that the stopper would return to training imminently, Klopp said last week: “Kelleher is getting closer and closer. It [the injury] was something to do with age and growing.”

Just when Curtis Jones appeared to be closing in on a first-team return having been named on the bench against Newcastle recently, the England Under-21 international suffered a slight setback. Ahead of Liverpool’s Champions League clash with Napoli, Klopp revealed: “When Curtis was out previously he had a stress reaction in a bone around the tibia.

“Was absolutely fine, no problem anymore, trained twice then felt it again. Not as bad as first time but bad enough not to be in team training again. We have to be careful.” However, a pause in the action is likely to see Jones recovered in time for Liverpool’s next fixture.

Should Liverpool not play again until after the international break, there’s every chance much-missed centre-back Ibrahima Konate could have returned to the first-team fold. The Frenchman has been sidelined since sustaining a knee injury in Liverpool’s pre-season friendly with Strasbourg back at the end of July.

Offering an update on Konate, Klopp recently admitted the 23-year-old is a matter of weeks away from returning to training. Discussing the defender’s return at the start of this month, he said: “In and around the international break, he will be back in training.” A return to action in the Brighton game at the start of October seems a realistic objective. 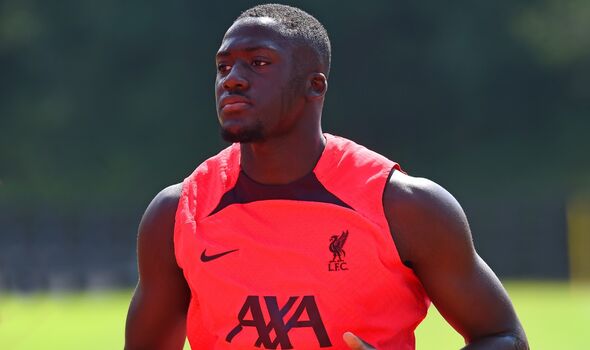 Liverpool saw their injury crisis compounded against Newcastle recently when captain Jordan Henderson hobbled off in the second half with a hamstring injury. The England midfielder subsequently missed last weekend’s Merseyside derby and the Reds midweek trip to Naples, amid a setback which is set to see him sidelined for several more weeks.

However, should Liverpool not take to the pitch in the Premier League again until October, there’s a chance Henderson could feature against Brighton. Providing an update on his skipper’s injury status ahead of the Napoli match, Klopp revealed: “Hendo, the results of the scan [show] after the international break he’ll be back.”