Jamie Carragher has jumped to the defence of Jordan Pickford after Liverpool confirmed that Virgil van Dijk requires surgery on his knee. The Everton goalkeeper clattered into the Dutchman in the opening ten minutes of Saturday’s fiery contest, forcing Van Dijk off the field.

The Reds will now be without Van Dijk for a large period of the season with the Premier League title race blown wide open.

Pickford’s challenge went unpunished during the clash after the referee pulled play back for offside.

Yet many feel that the incident still should have been looked at for VAR due to dangerous play.

Instead of criticising Pickford, Carragher sympathises with the England No 1 and claims he did not go out to hurt Van Dijk. 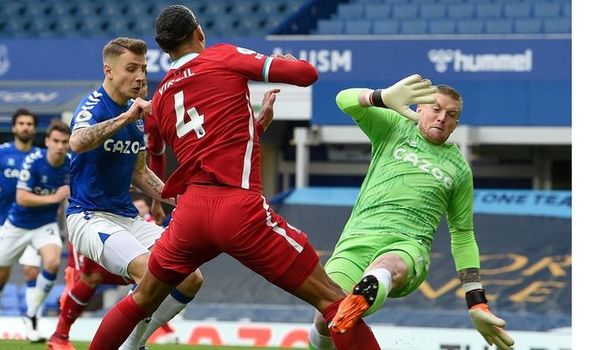 “Of course it should have been a red card for Jordan Pickford, it was a terrible tackle,” he told Sky Sports.

“There will be a lot of frustration now in the Liverpool camp, supporters, maybe neutrals wanting Pickford to be banned.

“We better be careful with that and I’m going to defend Jordan.

“Yes it was a terrible tackle. I’ve had my leg broken, I nearly broke Nani’s leg. These things happen in football.

“I don’t think anyone goes out the way to deliberately hurt someone. 99 per cent of these awful injuries or tackles on players hand on heart I believe pro footballers will not try and hurt someone.

“Jordan Pickford is all over the place with his game at the moment. Comes out, makes a crazy decision as he has done for the past 12 months and unfortunately, one of the top players in the Premier league is in a bad way.

“Pickford won’t be in a good place himself tonight and I hope he isn’t. “

Carragher again cited his horrific challenge on Nani against Manchester United in 2011 and confessed it left him feeling sick to the core despite beating his rivals 3-1 in March 2011. 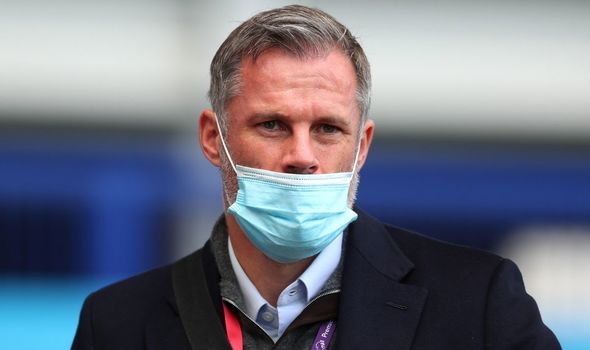 “I always remember with my tackle on Nani, I went home that night we beat Man Utd and that was all I could think about,” he added.

“I didn’t want to be associated as someone who brought another players career to an end.

“It is a really serious one, we all feel for van Dijk. He made a poor tackle but that should be the end of it.

“These things unfortunately happen in football.”