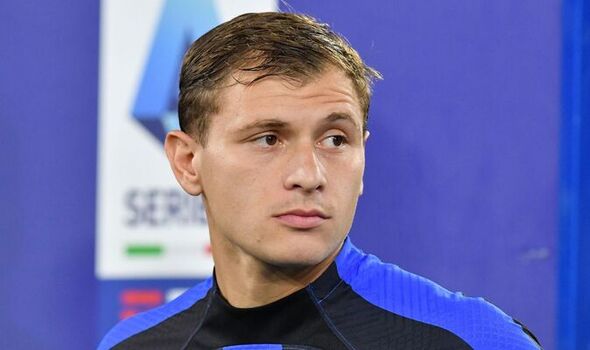 Liverpool have been handed a fresh transfer incentive ahead of the January window with Inter Milan reportedly ready to sell Nicolo Barella. The Italian international is widely recognised as among the best midfielders in European football, yet it seems the Nerazzurri would now be willing to consider a shock sale – which could alert the Reds.

Jurgen Klopp was forced into the market on deadline day as Liverpool landed Arthur Melo on loan from Juventus with an option to buy.

The club’s options were incredibly limited as Klopp ordered the board to bolster his options in the middle of the park following Jordan Henderson’s hamstring injury – sustained in the last-gasp 2-1 victory over Newcastle last week.

One name that is universally admired at Anfield is Barella, however, any deal for the 25-year-old would have proven incredibly difficult with just hours to spare before the window closed.

Now Italian outlet Calciomercato are reporting that Inter Milan have performed a U-turn on their player, who was once considered untouchable, and instead, they will now push him towards the exit door. 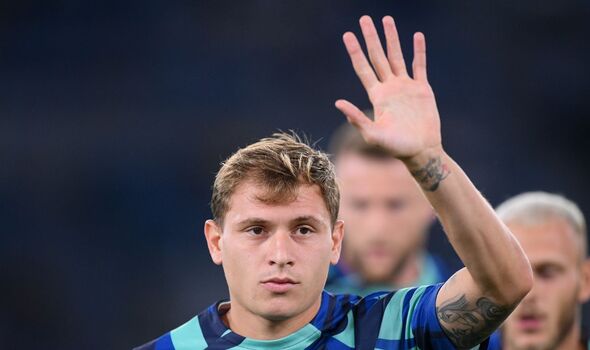 It’s claimed Inter would consider a sale for a figure worth in the region of £60million – should a suitable offer arrive.

Barella has found the net once in five Serie A outings so far this term, although it’s been a difficult start to the campaign for Inter as they seek to dethrone rivals AC Milan.

The Nerazzurri have taken nine points from a possible 15, losing two of their opening five matches.

That includes Saturday’s Milan derby when AC earned the bragging rights with a 3-2 victory at San Siro.

Liverpool boss Klopp has already made it clear he is a big fan of Barella when Liverpool faced Inter Milan in the last 16 of the Champions League earlier this season.

Klopp said: “That Barella is not able to play is not bad for us!

“So he’s a top-class player. But – I’m not 100 per cent sure – probably the replacement will be Arturo Vidal. So that’s experience at its best.

“He’s played everywhere at the top level and I think, in these games, Arturo is especially motivated, so I’m not so sure it’s such an advantage for us that he will play instead of Barella.”

Liverpool’s struggles in midfield are set to continue after Alex Oxlade-Chamberlain and Naby Keita were not named in the club’s Champions League squad.

The pair’s injury problems mean they are unlikely to feature before the group stage is completed in November.

This year’s competition has been intensified to ensure it is completed before the start of the World Cup in Qatar when there will be a break in the club football season.

With James Milner also in the final year of his contract alongside Keita and Oxlade-Chamberlain, Liverpool are expected to delve back into the market for a midfielder with Jude Bellingham of strong interest.