Jurgen Klopp is blown away by Liverpool’s welcome in Bangkok

Liverpool boss Jurgen Klopp has broken his silence on signing Jude Bellingham. The England international had been strongly linked with a transfer to Anfield but Borussia Dortmund have other ideas.

Liverpool boss Klopp has admitted what his problem with pursuing Bellingham this summer is after being linked with the midfielder.

Dortmund have no intention of selling the 19-year-old this year having already lost Erling Haaland while their policy on not letting more than one key player leave a year means that they are shut for business. That stance is set to change next summer, though, where Bellingham has already been priced at £103million.

As well as interest from Manchester United, Paris Saint-Germain and Real Madrid, Liverpool are believed to be at the front of the queue for the England international. Whether the Reds will fork out the necessary valuation remains to be seen while Klopp has spoken out on a transfer pursuit. 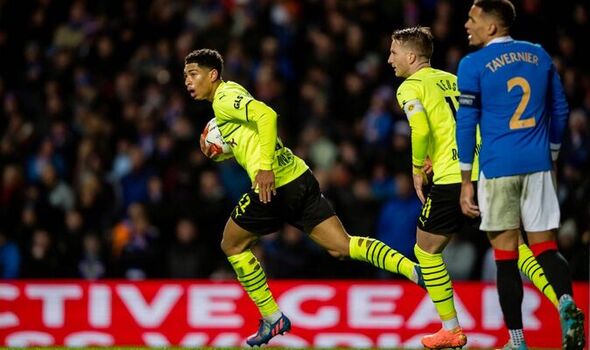 “No [we are not looking to buy]. I can say that. I don’t think something will happen in midfield, but you never know. If somebody comes to you and says ‘I want to go’… Nobody came to me yet, but if that happens then we have to talk new [again]. But if the situation stays like it is, then tell me why?”

After the departure of Georginio Wijnaldum – who was a key player under Klopp – in 2021 to Paris Saint-Germain, Liverpool have yet to dip into the transfer market to replace the Dutchman with Bellingham tipped as the option. However, Klopp went on to state that he already has an abundance of options in the middle of the park.

He added: “I don’t understand. I do not understand. People told me about this discussion, but the last thing that would have crossed my mind is that we have to do this [sign a midfielder]. I know all these things, that we don’t score enough goals from midfield, this and that, but what do we want? This ‘Golden Cow’ that is producing absolutely everything — milk as well!

“We can go through it. Where do you want to start? So, Fabinho, [Jordan] Henderson, Thiago [Alcantara], [James] Milner, [Naby] Keita, Curtis Jones, Harvey Elliott, Fabio Carvalho, [Alex] Oxlade-Chamberlain.

“Now you tell me what kind of player are we missing? One who is offensive, 1.95m and arrives into the box to head balls in? OK, apart from that!”