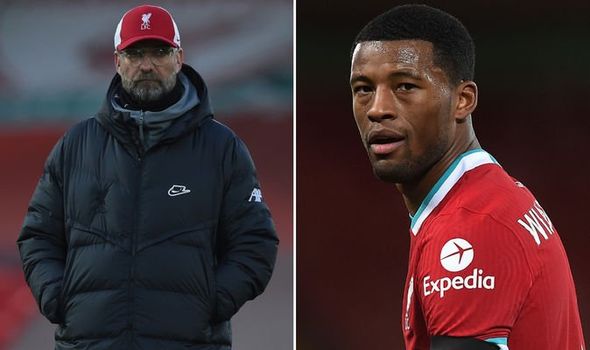 Gini Wijnaldum’s Liverpool future remains up in the air but the latest reports are that the Dutchman will depart Anfield and join Barcelona on a free transfer in the summer transfer window. Wijnaldum’s current Liverpool contract expires at the end of the season and he is able to negotiate with overseas clubs whenever he wants in regards to a move later this year.

Wijnaldum has been a dependable and always-available midfield asset under Jurgen Klopp and has racked up over 200 appearances since joining from Newcastle for £25million in the summer of 2016.

Question marks were raised over that transfer fee paid for him five years ago but the Netherlands international has since repaid it in full as a crucial figure in the Reds’ Champions League and Premier League triumphs.

But Wijnaldum is now 30 and Liverpool’s hierarchy are seemingly reluctant to pay him whatever he wants to stay on Merseyside regardless of how important a player he remains to the club. It has been claimed multiple times both parties are some distance apart in what they think the player should be paid.

Klopp is said to want to keep him. Wijnaldum has only missed one of Liverpool’s 25 Premier League and Champions League games and that was the dead rubber draw at FC Midtjylland when the manager made a multitude of changes to his starting eleven.

But though he has been a huge player for the German coach in recent campaigns, it appears increasingly likely the versatile midfielder – who has predominantly acted as a box-to-box player for Klopp rather than the No 10 he was at Newcastle – is to head to the Nou Camp in June. 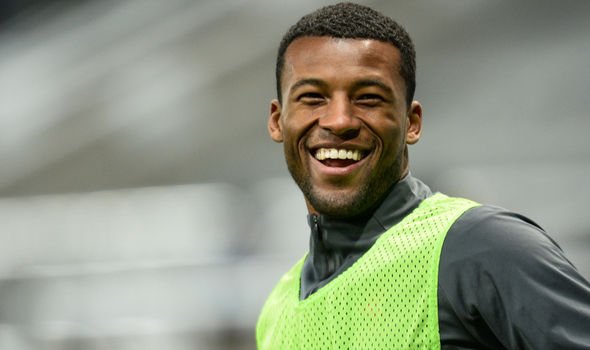 And that leaves Liverpool needing to replace him, with plans likely already in place for the summer transfer window should Wijnaldum depart. Yet there may well be some in-house options for Klopp that could take up Wijnaldum’s minutes.

Klopp will certainly hope Virgil van Dijk, Joel Matip and Joe Gomez can stay fit to avoid Fabinho needing to step back into central defence as he is doing currently, which takes away one of their best options in the middle.

Avoiding the need for Fabinho to play in defence would fill one midfield position with the Brazilian world class in the No 6 role, while captain Jordan Henderson remains a guaranteed starter whenever he’s fit given the tempo and intensity he injects into the side.

There’s two spots in a three-man midfield filled, or at least filled whenever Klopp has a fully fit squad available.

Elsewhere, Thiago Alcantara will hope to play more regularly than this season, with last Sunday’s draw against Manchester United – on January 17 – his Anfield debut having first made his debut for Liverpool on September 20.

A midfield trio of Fabinho, Thiago and Henderson would be a top-class and potentially title-winning one although the Spaniard’s consistent injury problems in recent seasons mean it is unlikely to be one they can name for 38 league games a season. 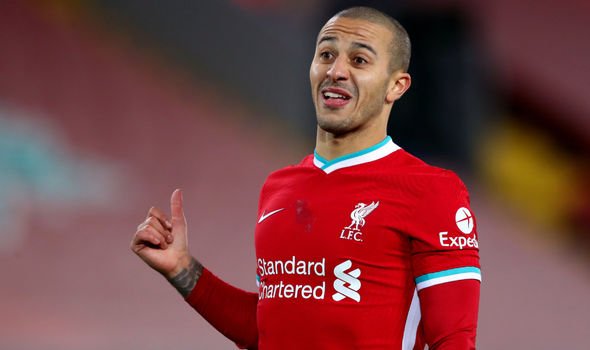 At least, however, Thiago should hope to play two-thirds of Liverpool’s league matches, having played only five of 19 so far this term, just three of which have been starts.

Naby Keita, Alex Oxlade-Chamberlain and James Milner are all alternative options to come into the midfield but the first two have been consistently injured throughout their spells at the club.

Milner, meanwhile, turns 36 in January and is more regularly deployed as a back-up left-back or right-back than he is in central midfield, though the veteran is an option there when required.

But on top of Thiago playing increased minutes there are another two in-house options who can help to fill the void left by Wijnaldum’s departure, although they are different players to the Dutchman.

One is Curtis Jones. The confident 19-year-old Scouser was man of the match in a win over Tottenham in December and though his form has dropped since, he remains a player of immense promise but one who is also capable of influencing matches now.

Still a teenager, Jones – who grew up in the same area of Liverpool as Steven Gerrard, Toxteth – has already had some big highlights over the past 12 months.

Among them, scoring a stunning winner in an FA Cup victory over Everton at Anfield before captaining the Reds to victory in the next round of the competition against Shrewsbury and later in the calendar year scoring his first Premier League and Champions League goals.

A silky attack-minded midfielder, Jones is well capable of playing a vital role on both sides of the ball and should only continue to grow in quality and in confidence, though he clearly already has sufficient faith in his own abilities. 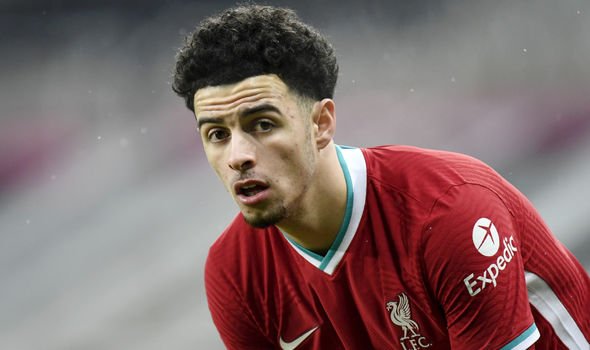 Klopp is the ideal coach to eke out his full potential and he’s a big believer in Jones, saying recently: “He’s a really good player and in the future he will play for England. If it’s this summer, I don’t know.

“That’s a question for [England boss] Gareth Southgate. It’s not my decision but we’re happy that we have him and that he plays in our team.”

The more experienced members of Liverpool’s first team speak similarly well of Jones and his game-time should be expected to increase significantly should Wijnaldum leave. He’s already played plenty this season.

The other option who might be a surprise one, but one who has played in midfield recently, is Takumi Minamino. A £7.25million addition 12 months ago, Minamino is still seeking to truly make his mark at the club.

The Japan international has yet to get a minute since scoring against Crystal Palace on December 19, the last time Liverpool won a Premier League game, and clearly needs a run of games if he is to properly establish himself.

Having recently turned 26, Minamino is approaching his peak and stands on a respectable enough four goals and two assists for the campaign given he has only made seven starts across all competitions. 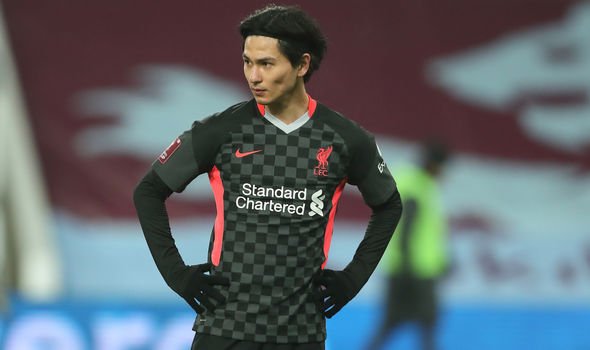 Minamino does not appear to have a clear role in the side yet, hence Klopp experimenting with him in midfield, and it is a position where minutes may be most readily available next term with competition for places out wide perhaps set to be refreshed if Divock Origi leaves.

At Salzburg, Minamino’s success came centrally – particularly as a No 10 – but even though he’s not been at his best for much of this season, Roberto Firmino will always be preferred as the false nine between Sadio Mane and Mohamed Salah and Liverpool rarely play a 4-2-3-1 formation.

And so perhaps a No 8 midfield role, given his hard work off the ball, may be a way to get the best of the ever-busy Minamino, although he could certainly improve in the tackle. He should win the ball more often than he does given how often he pressures his opponents.

Yet as a player capable of dropping into spaces and providing another link between attack and midfield, there is good reason to suggest as the most advanced of the trio, Minamino can finally find his place at Liverpool.

Between the three of them, Thiago, Jones and Minamino may be able to provide the qualities that will be missed in Wijnaldum’s absence and prevent Klopp from having to spend a big chunk of his summer budget on a central midfielder, leaving funds to sign a new central defender and perhaps another forward.