Former Chelsea goalkeeper Rob Green has claimed that Adrian will be lucky to play again this season now that Liverpool are out of the FA Cup. The Spaniard started for the Reds at Stamford Bridge as the Blues ran out 2-0 winners on Tuesday night.

Having played a back-up role himself, Green believes opportunities are hard to come by when you have a goalkeeper as good as Alisson ahead of you in the pecking order.

“He’s been brilliant when’s come in. He’s made a mistake tonight,” Green said on The Debate.

“When you lose in a defeat that’s one or two goals, and it is that goal which sets the ball rolling, it makes it worse.

“That’s season over, he’s going to have to sit and have a watching brief for the rest of the season. It’s a tough one to take.”

JUST IN: Liverpool may have finally found their Nabil Fekir who could save Jurgen Klopp millions 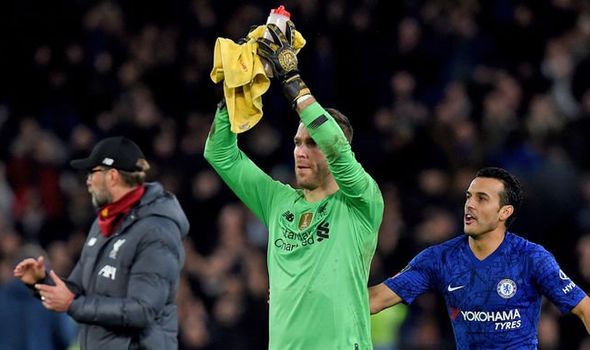 Adrian was at fault alongside Fabinho for Chelsea’s opener which was struck home by Willian.

The Liverpool midfielder gave away the ball on the edge of his own box, before his compatriot fired a shot straight at Adrian.

It proved too hot to handle though for Liverpool’s deputy goalkeeper, as he fumbled the ball into the net.

After the game Jurgen Klopp refused to hold Adrian accountable.

“The specific characteristic of the ball and Willian’s shooting technique made life really difficult.”

He did make amends for the error though, making a stunning save to deny Olivier Giroud from adding a third in the second half.

Liverpool have been left delighted with the way Adrian has settled into life at Anfield this season. 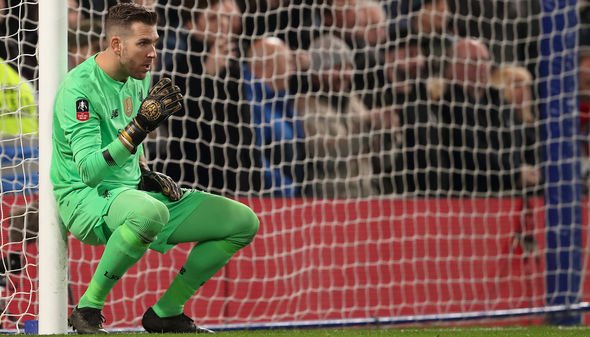 They were left to make a quick fire signing back in August when Simon Mignolet joined Club Brugge.

Adrian was available upon his release from West Ham and signed a contract until 2021 with the option of a further year.

He was forced to step for Alisson after just one game though, after the £67million signing injured his calf against Norwich on the opening day of the season.

Alisson would miss up to two months of action, but despite Klopp decision to reinstate him straight back into the side the Spaniard showed an exemplary attitude.