Behind the scenes as Man Utd train for Liverpool friendly

Manchester United boss Erik ten Hag enjoyed a brilliant start to life in the role as his new side beat Liverpool 4-0 in a pre-season friendly in Bangkok on Tuesday. The Red Devils were clinical and raced into a 3-0 lead before half-time and added a fourth in the second half on the counter-attack.

United looked sublime in the Bangkok heat as they punished an inexperienced Liverpool side in the first half-hour. Jadon Sancho opened the scoring in what was a brilliant individual performance for the winger, before Fred doubled United’s lead with a delicious chip and Anthony Martial bagged a third.

Liverpool struck the post through Fabio Carvalho and Luis Diaz in the first half and dominated much of the second without finding the back of the net. They were punished when Facundo Pellistri finished off a nice break which also involved Eric Bailly and Amad Diallo. Mohamed Salah hit the post late on, but Liverpool couldn’t find a consolation.

The Reds approached the game like a training exercise, as was evidenced by the fact Jurgen Klopp named three different teams, with each playing half an hour. The first two were full of inexperienced players, while the third saw the likes of Virgil van Dijk, Thiago Alcantara, Salah, Trent Alexander-Arnold, Andy Robertson and Fabinho. Fans were also given a first look at new signings Tyrell Malacia for United and Carvalho and Darwin Nunez for Liverpool.

Here’s what we learned from Ten Hag’s first match in charge of United against their biggest rivals. 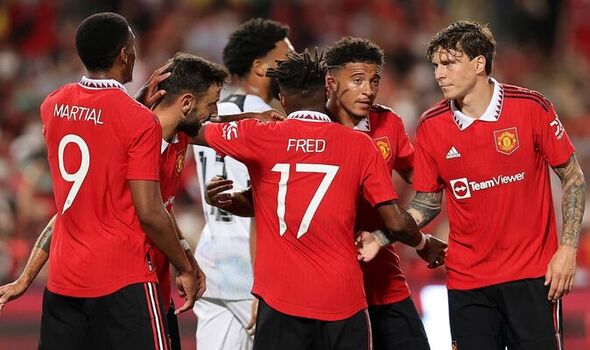 Ten Hag has only had a handful of training sessions with his new squad since taking over the top job at Old Trafford, but it already seems like his players have got to grips with his style of play. Though the nature of the game was little more than a training exercise, Ten Hag’s philosophy of using quick wingers was on display early.

United were fluid in playing the ball out from the back and getting it forward as efficiently as possible, with Diogo Dalot and Luke Shaw bombing forward to join attacks. Ten Hag’s style also involved playing balls in behind the opposition defence rather than trying to play it short and run through.

Understandably, given the heat and ever-changing team make-up, United faded in the second half, as Liverpool brought on their big-hitters, but it was still an encouraging start for the former Ajax manager. 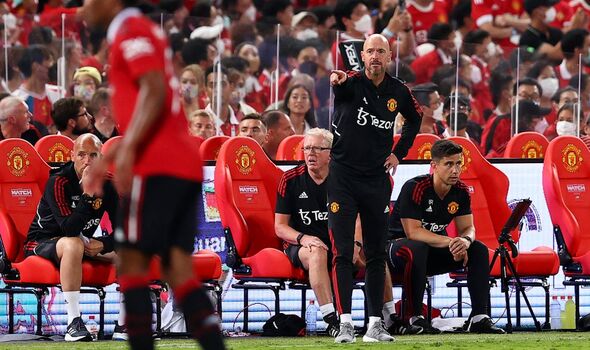 Bruno Fernandes might have more competition than ever for his spot in the middle of midfield, with Christian Eriksen and Frenkie de Jong being chased by United. But Fernandes ran the game at times on Tuesday and was constantly involved throughout the pitch.

He seemed to be given a high level of freedom by Ten Hag and his role allowed him to drop deep to collect the ball and play long, ranging passes out wide to Sancho and Marcus Rashford. 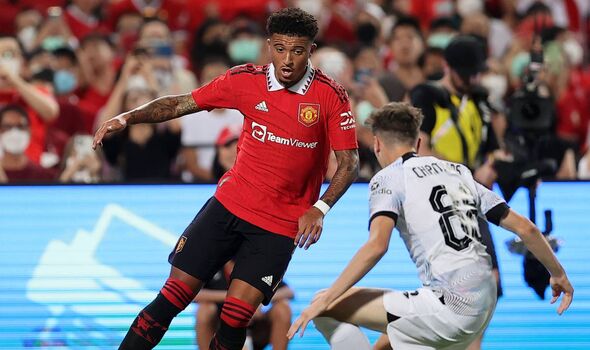 Sancho endured a rough start to life in the Premier League after finally signing for United last summer, but Red Devils fans have a lot to be excited about judging by his performance on Tuesday. The winger started the game on his favoured right wing, but was frequently cutting inside and moving over to the left to get behind the Liverpool defence.

Sancho took his goal well after lingering on the edge of the area, a smart move considering Nat Phillips’ aerial ability. Ten Hag is known for his love of utilising quick wingers, and Sancho looks to be the next to fit the role. 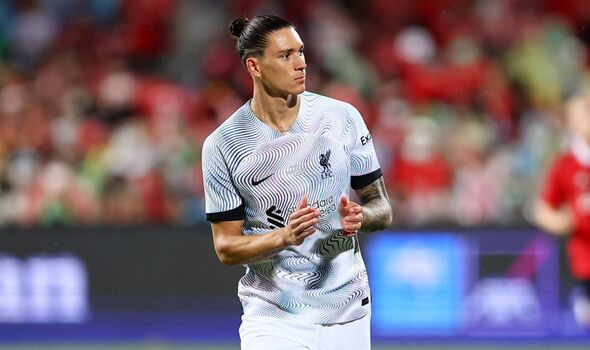 Liverpool’s record signing was brought on as part of Klopp’s third raft of changes and Reds fans immediately saw a glimpse of what the Uruguayan striker will bring in the upcoming season. Alexander-Arnold and Naby Keita both narrowly missed chances to play Nunez in behind the United defence, before he saw a shot pushed away by Tom Heaton from a narrow angle.

The 22-year-old could have got a debut goal, but Bailly made a good block after Salah struck the post and he failed to get a touch to a Alexander-Arnold free-kick. Nevertheless, he will definitely give Liverpool a different angle of attack. Roberto Firmino likes to drop deep to link up play, while Nunez is more adept at stretching the opposition going the other way.

It being Ten Hag’s first game, this was a big win. But it was clear that the two sides were taking different approaches, which also contributed to the one-sided score line. United skipper Harry Maguire emphasised United’s approach pre-game. “It’s big games, it’s big rivalries. We know what it means to the fans,” he said. “We know it’s a friendly as well and it’s our first game. I’m sure there are going to be lots of changes going into the game, as we’re working on our fitness, but we want to win the football match.”

By contrast, Klopp said: “Everyone is hopefully able to play half an hour, so we will change twice the whole team. Interesting and we will see where we will stand.” Clearly a lot more work is needed for Liverpool.