Lisandro Martinez admits he is ‘surprised’ by how quickly Man United fans have taken to him after chants of ‘Argentina!’ from their supporters… as the £55m signing claims he has joined the ‘best club in the world’

Summer signing Lisandro Martinez has admitted he is ‘surprised’ that Manchester United fans are already singing songs about him.

Martinez, speaking after the 2-0 win over Sheriff Tiraspol in the Europa League on Thursday night, said he was ‘proud’ that United supporters had taken to him so quickly.

The defender was signed in a £55 million transfer from Ajax and his arrival was initially met with criticism, with pundits and fans concerned that the diminutive Argentine would not have the physicality to cope with the Premier League.

But despite his smaller stature, Martinez has been an integral part of United’s upturn in form and has started to gain support from the club’s fans. 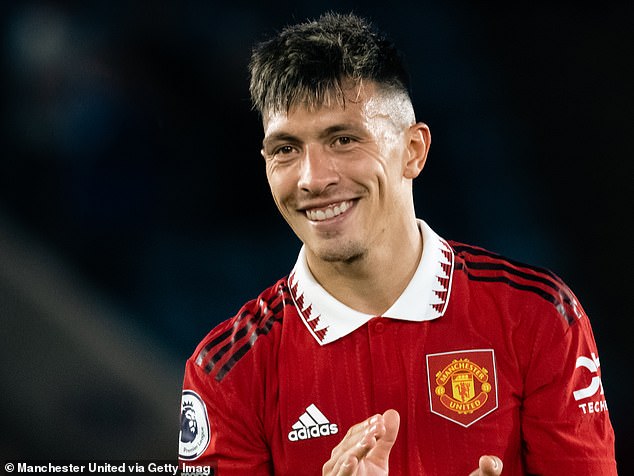 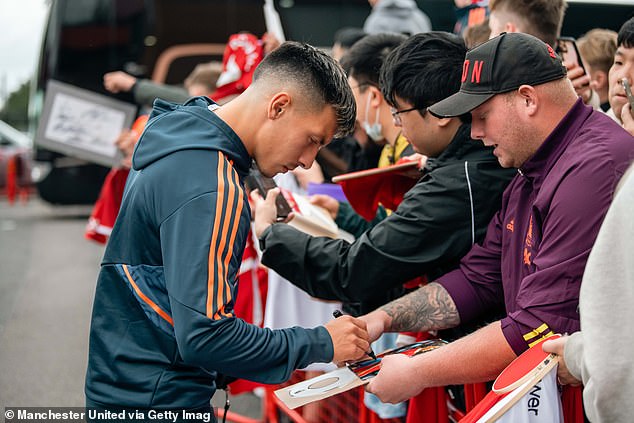 Man United supporters have been chanting ‘Argentina, Argentina’ in support of the defender

He told MUTV: ‘I am really happy. I’m a little bit surprised, but at the same time I feel very proud.

‘To come here to the best club in the world and the people say “Argentina, Argentina”, it’s amazing. Thanks to the fans for the support.’

United supporters have revived their chants of ‘Argentina’ following the arrival of Martinez. It was also sung for the likes of Gabriel Heinze and Juan Sebastian Veron during their respective spells at Old Trafford. 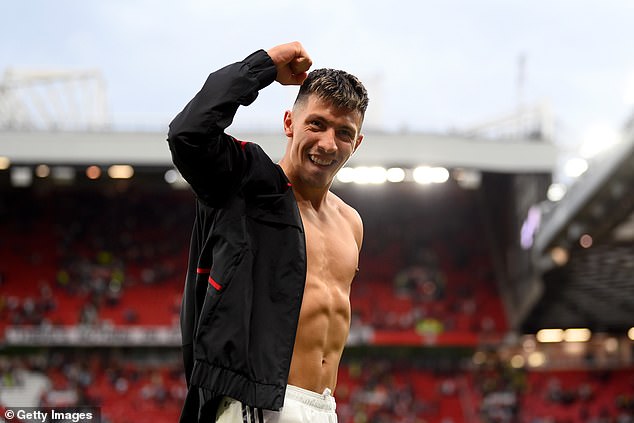 Martinez has formed a solid central defensive partnership with former Real Madrid star Raphael Varane, which has helped the club win five of the previous six games – including Thursday’s victory in Moldova.

The 24-year-old is now due to fly out for international duty with Argentina for friendly fixtures against Honduras and Jamaica.

Martinez was due to be involved this weekend with the rest of the Man United squad, but the Premier League game against Leeds at Old Trafford has been postponed due to the death of Queen Elizabeth II. 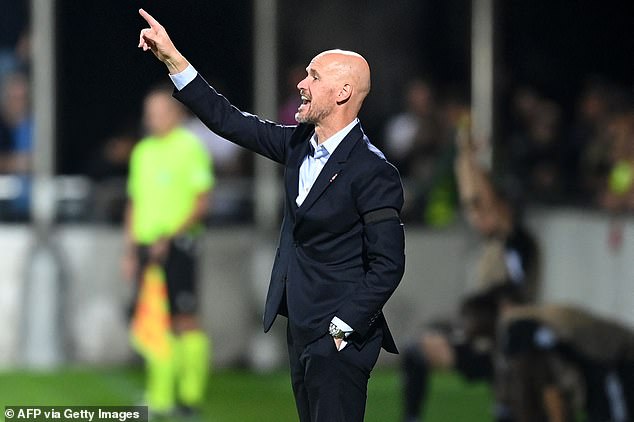 Boss Ten Hag has admitted that the break is ‘useful’ as it will allow the club to have meetings about further strengthening the team.

He said: ‘It’s very useful. We have many meetings, we have to improve the structures in and around the club. We will also look to the window in January or next summer already to improve our way of playing by making plans.

‘Of course, [you get these] periods after a game, but we have to be ready for that and many players, let’s say 90 per cent, are away.

‘But the others, we will train properly and for the rest we have to prepare very well. I hope that everyone stays fit and return back healthy and then we have to get into attack.’