Nou Camp executive boxes for his family – and buddy Luis Suarez – a private plane to fly home for Christmas, a £71.5m salary and TINY buy-out clause: Lionel Messi’s ‘2020 demands to Barcelona’ are revealed

Lionel Messi’s eye-watering demands to stay at Barcelona in 2020 have been revealed in a significant leak.

The veteran superstar left the Spanish giants in summer 2021 after 21 years at the club, joining Paris Saint-Germain on a free transfer when his contract expired.

And according to revelations from El Mundo on Tuesday evening, Messi’s stipulations to stay at cash-strapped Barcelona included a massive signing-on bonus of £8.7million and a private jet to fly his family back to Argentina at Christmas. 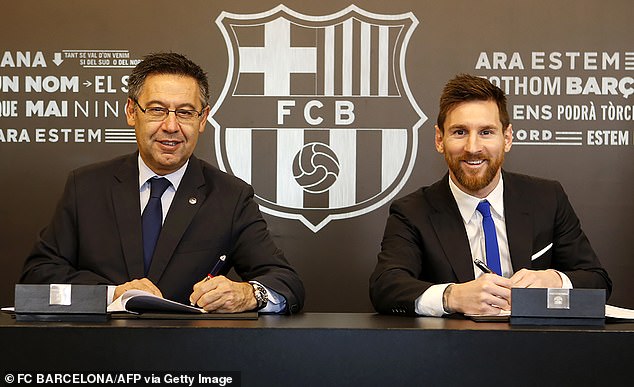 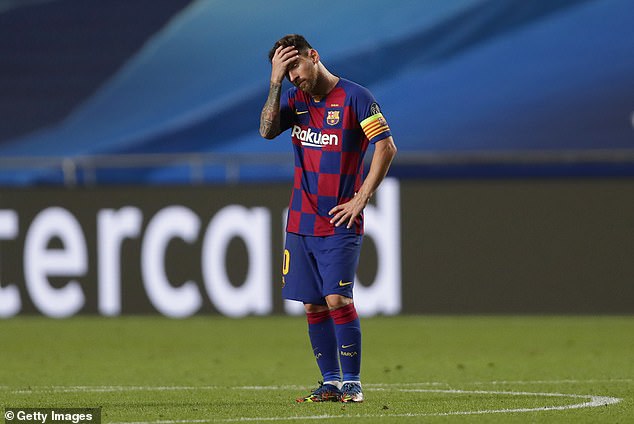 Messi left Barcelona for PSG in 2021 – but before his departure, he had requested a signing-on bonus of £8.7million and a private jet to fly his family back to Argentina every Christmas 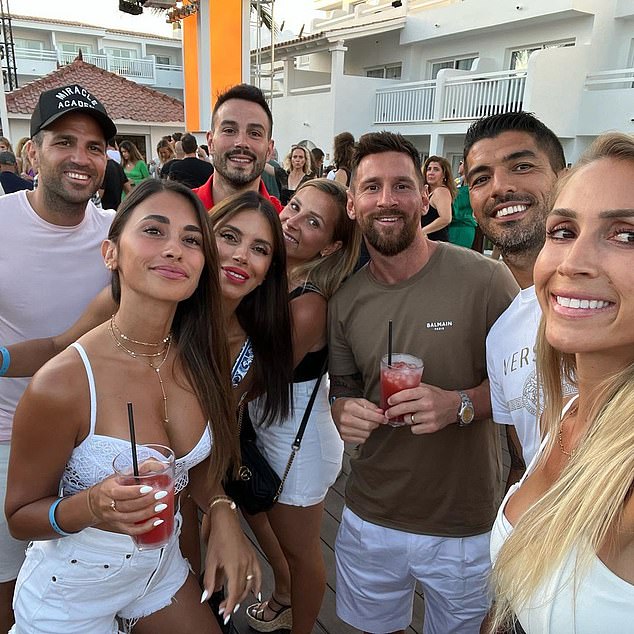 He also requested a luxury executive box at the Nou Camp for his family and the family of former Barca team-mate Luis Suarez, with the security of a three-year deal until 2023 plus an option to extend.

Other demands made in June 2020 included lowering his buyout clause from £610m to a nominal fee of just £8,700 – almost negligible given the money in today’s market.

And after accepting a 20 per cent pay cut in 2020-21 due to the Covid-19 pandemic, he asked for his net salary of £65m a year to be increased to £71.5m a year for the next two seasons, plus three per cent in annual interest.

The information was recovered from emails between Jorge Messi, Lionel’s father and representative, the 35-year-old’s legal team, and Barcelona chiefs including then-president Josep Bartomeu.

El Mundo report Barcelona accepted all of Messi’s demands except two: refusing to lower his release clause to £8,700 and making the £8.7m signing-on bonus conditional on the club returning to their pre-pandemic income, which was and is unlikely given their well-publicised financial issues.

Due to this, the 162-cap international quit negotiations, culminating the infamous ‘Burofax’ sent to the club to inform them of his desire to leave. 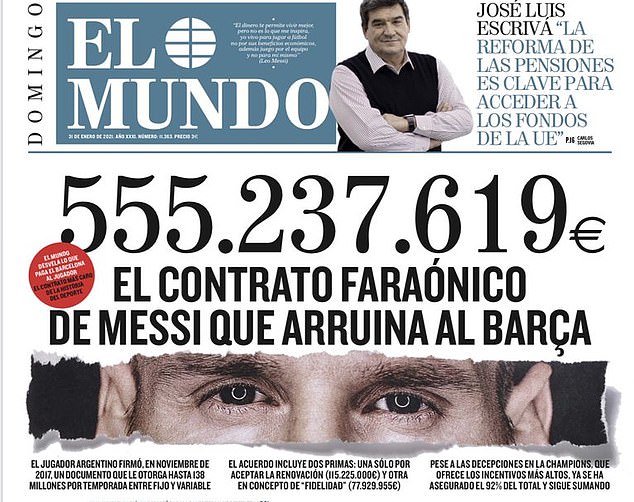 The deal guaranteed him £122m a season in gross salary, a ‘renewal fee’ of £102m for accepting the contract and a take-home ‘loyalty’ bonus of £69m a year for staying at the Nou Camp.

Other variables included Messi banking another £1.75m if he played 60 per cent of games, while he would receive extra payments each knockout stage of the Champions League he reached, as well as for winning LaLiga and the Copa del Rey.

The leak has infuriated Messi’s camp who said they would be looking to prepare a lawsuit against El Mundo as a result, according to RAC1.

Clauses in that contract reportedly included Barcelona demanding Messi should ‘integrate into Catalan society and culture’, as the club did their all to to improve Messi’s grasp of the Catalan language. 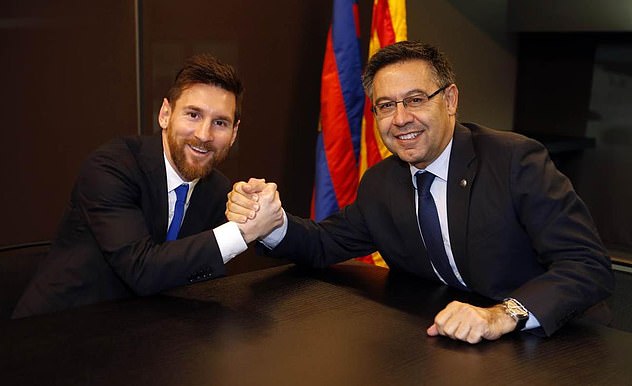 The contract also stated Messi must ‘adopt a suitable personal conduct and rhythm of life’ and not to ever engage in doping.

Finally, it was astonishingly revealed there was an agreement in the contract that would allow Messi to become a free agent if Catalonia gained independence, with Barcelona set to be kicked out of LaLiga to play in a Catalan league.

It was agreed in the contract that if that was the case – with Catalonia having pushed for independence from Spain back in 2017 – then the six-time Ballon d’Or winner would automatically be able to leave for free. 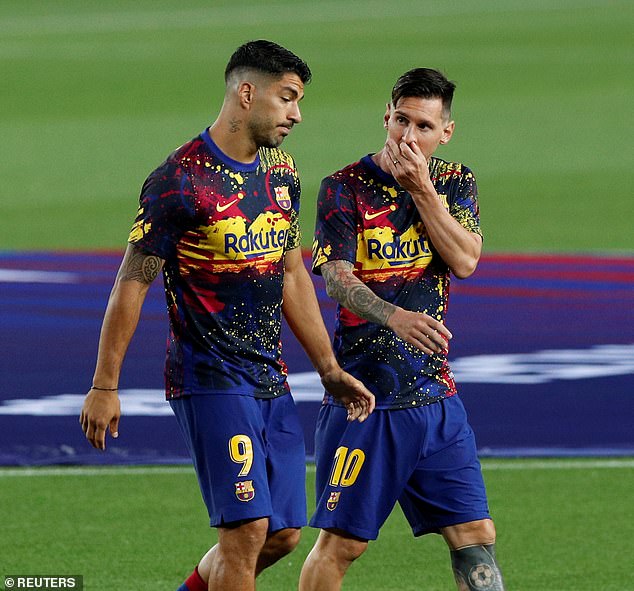 In February 2021, he told Onda Cero: ‘I was surprised to read Messi’s contract in the press. I don’t understand that there are people who have so much evil. What Barcelona is today is thanks to Leo.’

Suarez’s comments came in the aftermath of his recent backing of Messi, and insistence that the Argentine ace will retire whenever he wants and completely dictate his own future in football.

Suarez told El Transistor: ‘He is [playing] at a spectacular level, he is the best in the world. Messi will retire wherever he wants, he can decide whether it’s at Barcelona, in Argentina or wherever.’

Suarez himself was one of the victims of Barca’s struggles, after being forced out of the Nou Camp in summer 2020 as the Catalan giants tried desperately to cut an inflated wage bill.