KATHRYN BATTE: Lionel Messi is more primed than ever for global glory… a strong and unified Argentina gives the generational star a final shot at his World Cup dream and the chance to emulate Diego Maradona

It would be unfair for Lionel Messi to retire without winning a World Cup.’ Those were the words of Spain manager Luis Enrique last week.

And it is a sentiment shared by many in Qatar, where there is an overwhelming desire for the brilliant Argentine to finally triumph on the biggest stage.

You do not need to venture far in Doha before you see someone wearing an Argentina shirt with ‘Messi 10’ on the back.

Some are Argentines, some are locals, and others have travelled from far and wide in the hope of getting a glimpse of one of the greatest players of all time who will line up against Saudi Arabia on Tuesday morning as his country kick off their tournament. 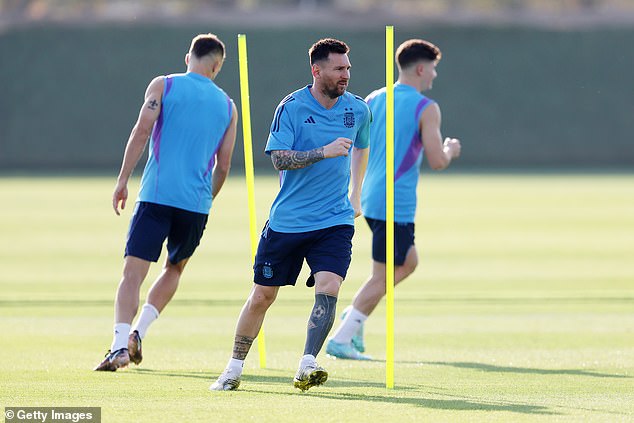 Chants of ‘Messi, Messi, Messi’ are regularly heard in the streets and fan parks. But it is quiet, calm and remote in the northern outskirts of Doha at the Qatar University, where the forward and his team-mates are based.

Argentina shunned five-star luxury in favour of student halls because the expansive campus allows them to host traditional barbecues. It is a family feel for a squad who are united.

For many Argentines, Messi will never be elevated to the same level as Diego Maradona if he does not win the World Cup. This is his last chance, but it could also be his best. 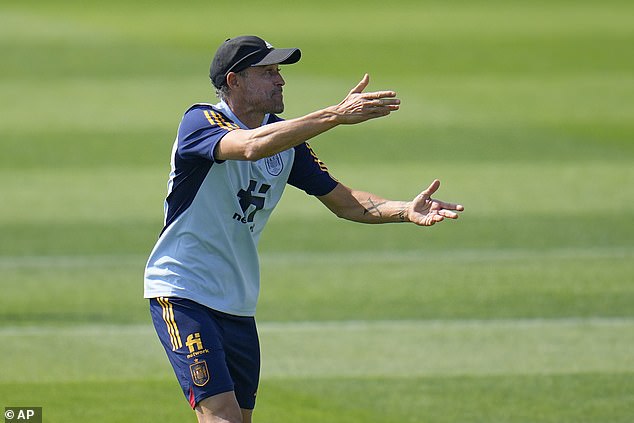 ‘This is a special moment, most likely my last World Cup,’ he said on Monday. ‘My last opportunity to make my dream — our dream — a reality. I don’t know if it’s the best moment of my career but I feel really well. I think I am enjoying it much more now.’

It is a completely different scenario from when Argentina made the final in 2014. Messi went into that tournament with the weight of the world on his shoulders.

The pressure on him to deliver was huge. He was expected to lead an average team to glory, as Maradona had done in 1986. He came agonisingly close.

There had been a feeling in the build-up that Messi had been ‘saving himself’ for the tournament and had under-performed for Barcelona. The Catalans missed out on the La Liga title and the all-Spanish Champions League final featured both teams from Madrid. 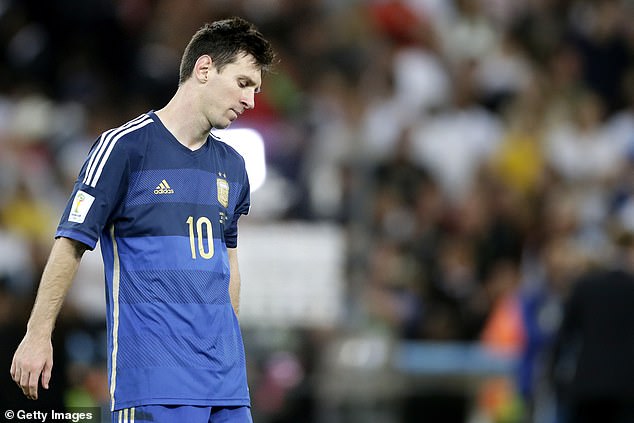 Argentina’s talisman Messi came agonisingly close in 2014, losing to Germany in the final

Messi had scored 60 goals in all competitions in the previous campaign so his 41 that season was considered disappointing — a sign of the ridiculous standard he sets. His father, Jorge Messi, insisted his son was exhausted. 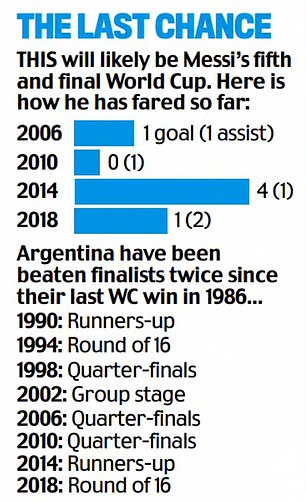 Still, the forward started the World Cup with a bang, scoring four times in the group stage as his team reached the knockouts.

But from there, Argentina and Messi limped to the final. They needed extra time to beat Switzerland in the last 16, edged past Belgium 1-0 in the quarters before beating the Netherlands on penalties in the semi-final.

Messi failed to score in any of those three games. Doubts crept in once again over his form. Gary Lineker wrote for the BBC that Messi looked jaded and predicted he would fail to perform against the Germans. He was not wrong.

In what was the battle of the best player vs the best team, Messi lost. The backlash in Argentina was huge. He was accused of being lazy, of being arrogant and not caring about the national team. The years between 2014 and 2022 saw more final heartaches.

Defeat in the 2016 Copa America pushed a distraught Messi into a brief retirement from international football. He broke down in tears on the pitch. The people of Argentina recognised his grief.

They realised he did care, deeply, and a campaign was launched for him to reverse his decision. They could not let him retire without winning a trophy. 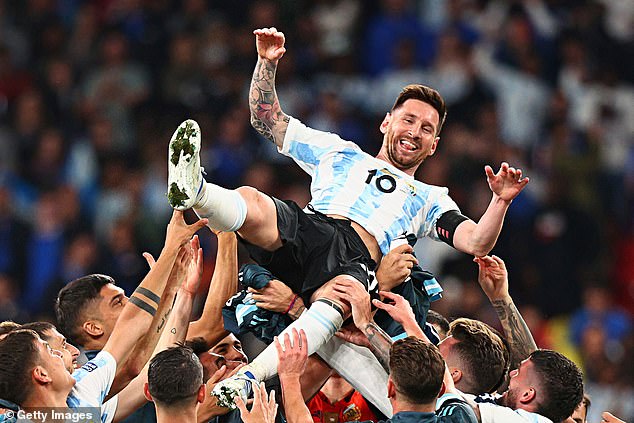 Finally, that moment came last year. A 1-0 victory over Brazil in the Copa America final gave Argentina their first piece of silverware since 1993 and they followed that up by beating European champions Italy in the Finalissima at Wembley

The difference between this Argentina team and the one from 2014 is that it is not all about Messi. Lautaro Martinez and Angel Di Maria can share the goal burden, while midfielder Leandro Paredes and former Manchester City centre half Nicolas Otamendi are the spine of Lionel Scaloni’s team — unbeaten in three years.

Messi comes into this tournament red-hot, with 12 goals and 14 assists for Paris Saint-Germain this season. There are no doubts over his condition or mindset.

Football is not about fairness, as Maradona showed against England in 1986. But if Messi finally gets his hands on the World Cup on December 18, few will begrudge him that moment.