Messi’s current deal is due to expire at the end of next month, with the 33-year-old having remained at Barcelona for the 2020-21 season despite seeking a summer exit last year.

Former president Josep Maria Bartomeu told Messi he would only be allowed to leave if his €700m release clause was paid in full following a dispute over a clause in his contract.

Messi, who had been linked with Paris Saint-Germain and Manchester City, said back in December he would not make a decision about his future until the end of the season, and now with just weeks left on his contract, Laporta is hopeful of convincing the six-time Ballon d’Or winner to stay.

“We can make an offer within our possibilities,” Laporta said at a news conference on Friday.

“Leo deserves much more, and could earn more elsewhere. I’m convinced he values the effort we’re making and would like to stay. Leo is not about money, but a team which can win everything. I am moderately optimistic.”

“There is a lot of expectation surrounding his continuation. The new contract is going well but it is not done yet. The executives we have involved here are working hard to give him a good proposal, but one that is in our financial means.

“We hope this will be accepted by the player. He loves Barca and of course, we all want him to continue. We hope that he will.”

Messi has scored 672 goals in 778 appearances for Barcelona – both are all-time records for the club. 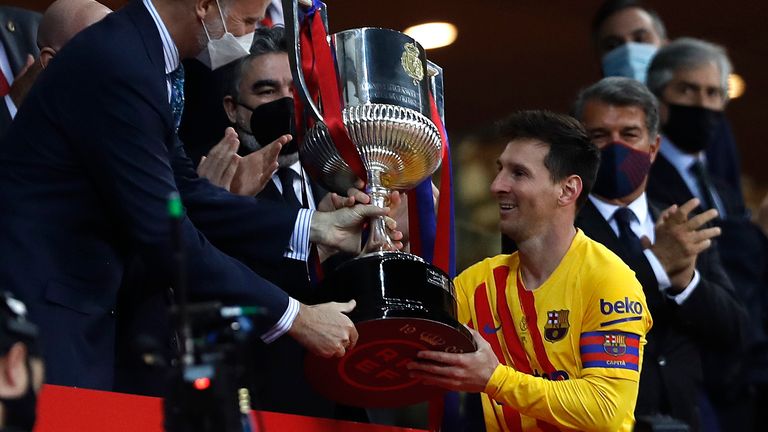 There was further disappointment in the Champions League with a last-16 defeat to PSG, their earliest exit since 2007, and Koeman has since held talks with Laporta over his future at Nou Camp.

Laporta said: “We arrived halfway through the season and said we would give our evaluation of the coach at the end of the season. We always worked with maximum respect towards Ronald Koeman, a player that won us that mythical European Cup at Wembley. 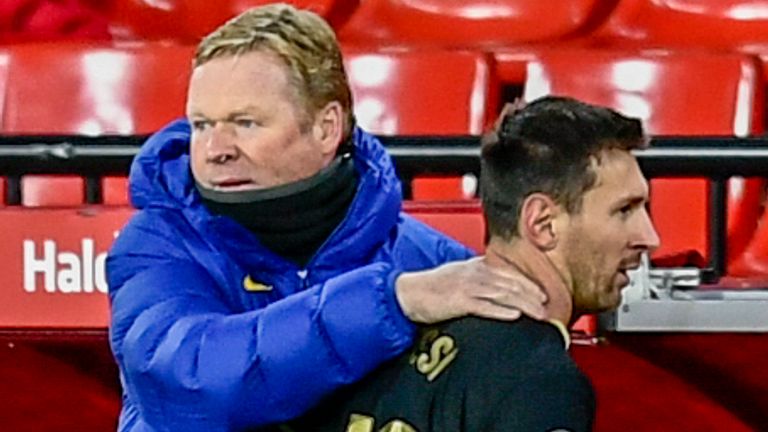 “He still has a contract in place and we said we do not believe in transitional seasons. We have spoken to him and will continue to talk to him to make further decisions.”

Earlier this month, Koeman – who signed a two-year contract last June – acknowledged the talks would take place and said he was hopeful of remaining in charge if he had the backing of Laporta.

Koeman said: “It’s very important for a coach to work in a club where he has absolute confidence. If that’s the case, I can and I’d like to stay.”

The former Everton manager also said he has been unhappy with his treatment in the media this season.

“We won the Copa del Rey, we cut the gap with Atletico down by 12 points to fight for the title, but then if you look at the press coverage in the last few days, it seems as if I’ve done a bad job,” Koeman added.

“It’s not fair that one day everything seemed perfect and two weeks later, everything is horrible.”