Our scout is a top football expert who attends matches each week searching for the next star. He’ll bring you his verdict in Sportsmail.

WHAT HAS HE GOT?

Local boy Keane Lewis-Potter has secured a regular place in a Hull side who have lost all their best players over the last few seasons.

Now that Harry Maguire, Andrew Robertson and Jarrod Bowen have moved on, there are chances for others and this teenager has shown promising form from left midfield.

Holding that wide berth, he was desperate to receive more of the ball but the harem scarem nature of this particular game produced little controlled football.

When he did receive the ball, he moved forward well, taking the ball on the half-turn in his stride with comfortable control.

His performance was promising, stretching the opposition defence when he got the opportunity. 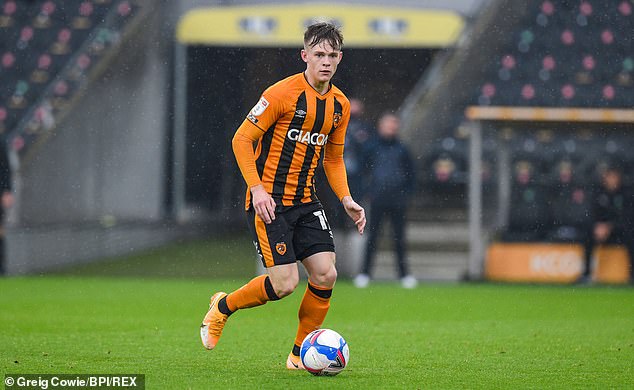 He appears to have a good leap and timed one run perfectly to direct a firm header into the goal. It was also noticeable that he drove into the box when a cross was delivered from the opposite side.

As the game became stretched, there was little continuity in a match dictated by powerful players.

WHAT DOES HE NEED?

He was looking for help when confronted by muscular defenders but I felt he needed a clever player inside him to play combinations.

Lewis-Potter needs to be surrounded by calm heads to release him and also requires passing players.

At one stage, needing to offer variety, he swapped wings and was very unlucky on two occasions when he made purposeful runs behind the full back only to discover the pass was not accurate enough to find him.

I would like to have seen him in possession more but undoubtedly he understands the position and gives vibrancy to the team with his tidy skills.

His record suggests he needs to become more goal conscious but there was enough here to suggest that, with a regular place, he will progress. I hope he doesn’t grow frustrated. 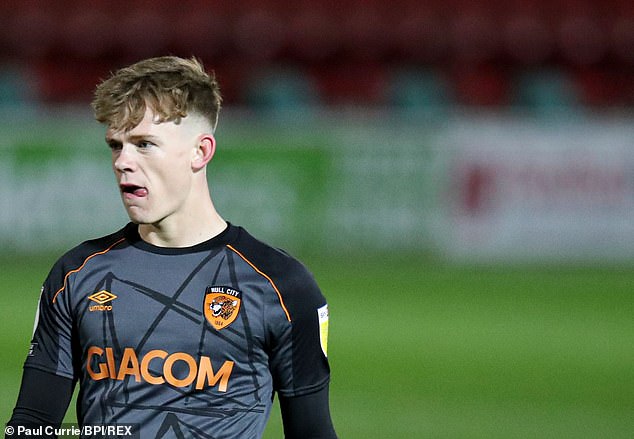 A slim build, the 19-year-old appears to struggle when confronted by muscular defenders