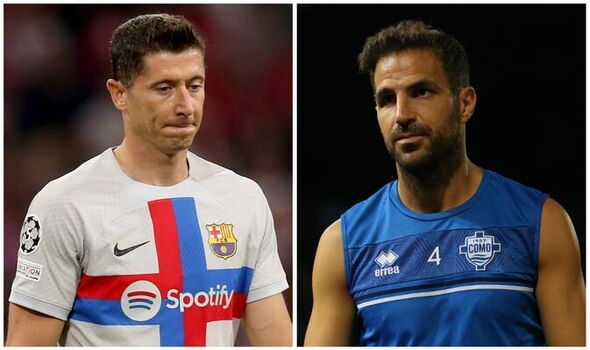 Cesc Fabregas laid into Robert Lewandowski with a thinly-veiled dig on Twitter as the Polish striker endured a nightmare return to his former club Bayern Munich. Barcelona were beaten 2-0 at the Allianz Arena in the Champions League and Lewandowski more than played his part in their defeat after a rare off night for the striker.

Fabregas was irritated that Lewandowski refused to allow Marcos Alonso to take a free-kick in the left-back’s territory, given the former Chelsea defender’s special ability to find the net using his wand of a left foot.

Lewandowski stepped up and took the set piece, only to fire straight into the wall as Barcelona failed to claw back the deficit. And an annoyed Fabregas, now plying his trade in the Italian second tier with Como, leapt to the defence of his former team-mate Alonso by criticising the veteran striker’s feeble attempt to score.

Tweeting from his official Twitter account to over 10 million followers, the Spaniard wrote in his native Spanish: “Marcos would have scored about 30 goals from that position. I don’t understand how he didn’t give it away to him.” 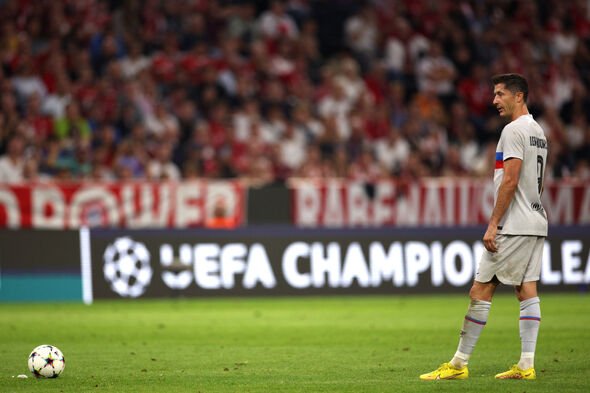 It only compounded a miserable evening for Lewandowski, who was guilty of a horrendous miss from only a few yards out in the first half as he endured a difficult night in front of goal. The 34-year-old had been in fine form for his new club, scoring five goals in as many games since his £45million switch from Bayern.

But on his return to the stadium that saw hundreds of goals scored by him, Lewandowski struggled to find his feet as Barcelona failed to capitalise on their dominance in Munich and the Catalan outfit were made to pay in an enthralling Champions League encounter in Munich.

Lewandowski was expected to receive a hostile reception from the home fans in Germany after his acrimonious exit, having forced his way out of the club this summer. 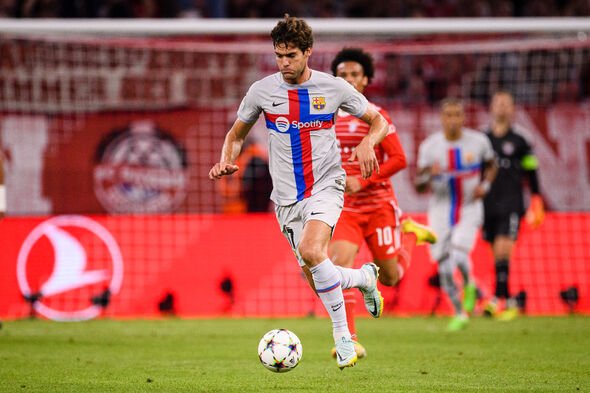 His departure had left a sour taste for the German champions after nine years in Bavaria with several club chiefs hitting out at the player and his new club’s conduct.

However, after applauding the Bayern faithful, he received cheers when his name was read out on the tannoy system. Despite his peace offering, his failure to find the back of the net would have surely given some Bayern fans the moral victory at the expense of their former striker.

The La Liga giants were punished in the second half as Bayern scored two quick fire goals in the space of four minutes to seal the points. Lucas Hernandez put the hosts ahead on 50 minutes before ex-Manchester City forward Leroy Sane struck to make it two wins from two for Julian Nagelsmann’s side.