Leroy Sane has previously been full of praise for Mikel Arteta and the work he is doing at Arsenal. Sane knows Arteta well from his time at Manchester City and is now linked with a move to the Emirates.

Arsenal have been in the market for a winger this summer and were keen on Brazil star Raphinha. However, he preferred a move to Barcelona and completed that switch earlier this week.

There have now been murmurings of a potential move for Germany star Sane. The winger joined City the same year Arteta became Pep Guardiola’s assistant in 2016.

He left the Etihad the summer after Arteta had taken the Arsenal job. But Sane, speaking to the Independent in July 2020, praised the impact of the Spaniard on his career as well as the start he had made in north London. 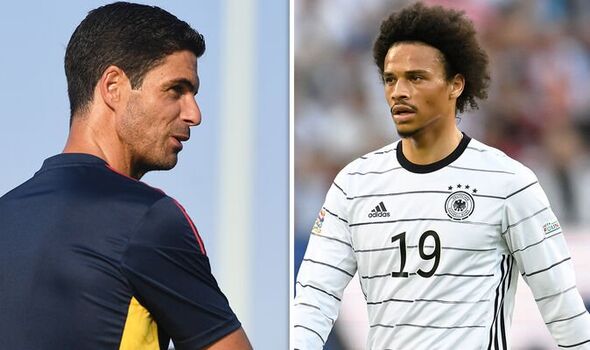 Sane said: “I can just say positive things about Mikel Arteta. Since we started working together, he helped me a lot on the pitch.

“He tried to improve my football; he told me what I did good and what I did wrong, and he tried to work on it. Next to Pep, they both really helped me and improved me, to bring me to the next level.

“I think he will do a great job as a [head] coach too.” Sane is now linked with a reunion with Arteta at Arsenal. 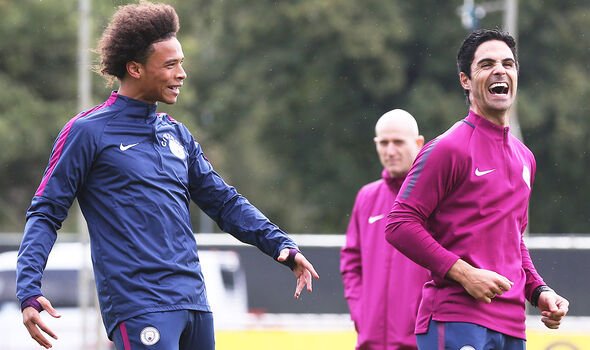 CBS Sports reporter Ben Jacobs, speaking to the Football Terrace, says Sane’s future is something to keep an eye on in the coming weeks. And he claims the Gunners held interest in the player before they turned their attention to Raphinha.

Jacobs said: “The Sane thing is something to watch in the coming weeks. It’s not a link that I have yet put to sources and contracts other than a month ago, and the intonation was that Real Madrid might come in for Sane and I think that they would consider it if another club made a move.

“A move to La Liga could be more likely, I’ve not heard rumblings at the Chelsea end, I’ve actually heard more rumblings from Arsenal that this was a name being considered at the beginning of the window, but then they turned their attention to Raphinha.”