Awkward! Leonardo Bonucci blocked from returning to pitch by confused steward who didn’t realise he was a player… after veteran headed into the stands to celebrate with Italy fans after penalty triumph over Spain

Italy defender Leonardo Bonucci was awkwardly blocked off from returning to the pitch after heading to the stands to celebrate with the fans.

Italy beat Spain on penalties in their semi-final clash at Wembley to earn a place in the Euro 2020 final – which is due to take place on Sunday evening.

As a result, Bonucci went over to the Italian supporters to celebrate but was later denied access back onto the pitch by a confused steward. 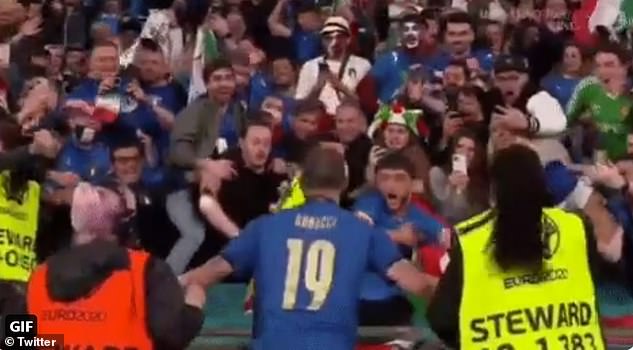 The 34-year-old appeared to be baffled by the mix-up, causing fans to take to social media to highlight the hilarious moment.

Many supporters have since shared the hilarious clip – calling it ‘one of the most awkward moments of Euro 2020. 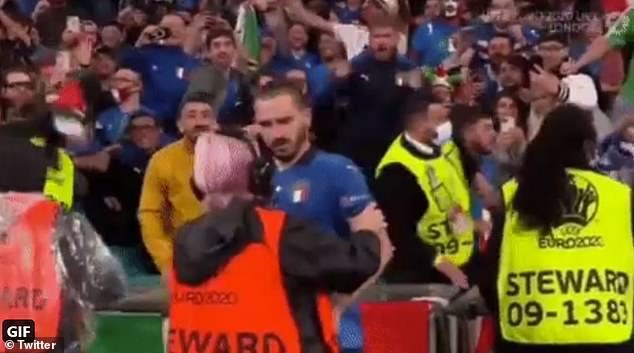 However, when Bonucci went to return to the pitch he was grabbed by a confused steward 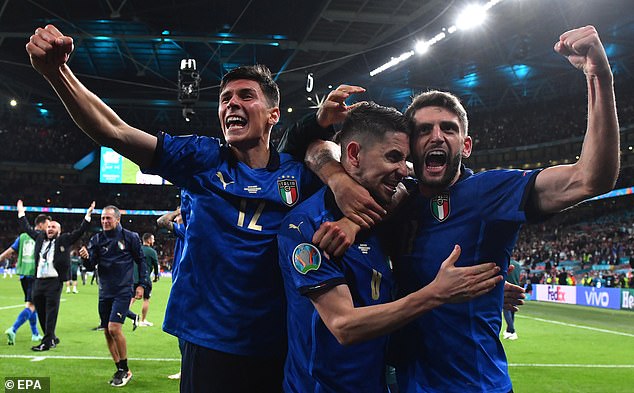 Speaking after the game, Bonucci said: ‘This is the toughest game I have ever played.

‘I congratulate Spain for what they showed, but once again this Italy showed heart, determination and the ability to push through difficult moments and the lottery of penalties rewarded us.

‘They moved around a lot upfront and didn’t give us reference points, but we brought home a historic result with the heart of the Italians. Now there is one more centimeter to go.’

Italy’s result on Tuesday night has landed them a place in the Euro 2020 final on Sunday.

They will face either England or Denmark – who are due to go head-to-head in their semi-final clash on Wednesday night.