Leicester stars set to bank £40,000 each for their historic FA Cup win… with another lucrative bonus on the cards if they beat Chelsea to secure Champions League qualification

Leicester’s heroes will net up to £40,000 each for their historic first FA Cup win – and will secure another lucrative pay-day if they beat Chelsea on Tuesday.

Brendan Rodgers’ team face the Blues in a clash on which Champions League qualification hangs and will be rewarded if they can clinch their return to European football’s top table.

While there is no separate one-off payment for Champions League qualification for the team, the squad’s bonus schedule increases the higher they finish in the Premier League. 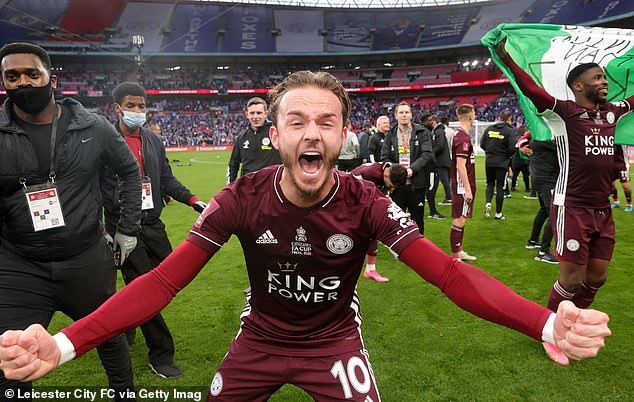 Leicester’s players are set to bank £40,000 each for their historic FA Cup win on Saturday 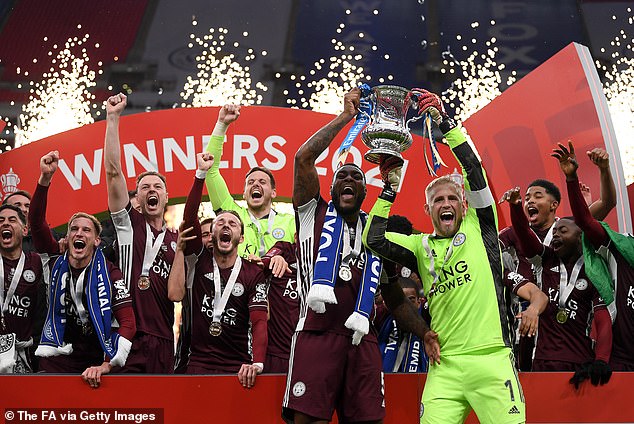 But it is understood that players have Champions League bonus clauses in their personal contracts meaning they are in line for substantial windfalls if they qualify.

The Foxes’ Thai owners are among the most generous when it comes to rewarding players.

The squad were all given new state-of-the-art BMW’s for winning the Premier League in 2016, on top of the collective and individual bonuses written into their deals. 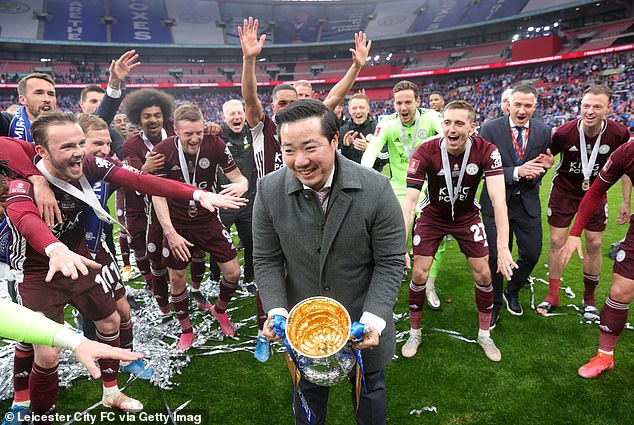 The owners have also shown continuous kindness to their supporters, too – with numerous expensive gestures of goodwill during their successful reign at the King Power Stadium.

Leicester head into Tuesday’s game in third, two points clear of fourth-placed Chelsea and three adrift of Liverpool – who play Burnley on Wednesday.

Victory against Thomas Tuchel’s men will guarantee a top-four finish for Leicester and place in next season’s Champions League.

Ruben Loftus-Cheek: Thomas Tuchel unsure on midfielder but says he can decide his own future