Leicester: Rodgers 'bitterly disappointed' to miss out on top four

Leicester City are the latest Premier League outfit to join the race for the signature of RB Salzburg sensation Patson Daka. The striker enjoyed a spectacular campaign, scoring 29 goals in 36 games which has put a number of top clubs on high alert.

The Foxes do not quite have the big club allure of a Liverpool or Chelsea, but with Jamie Vardy now 34-years-old Daka could be tempted by the possibility of increased first-team opportunities at the King Power Stadium.

Indeed, boss Brendan Rodgers is believed to see the Zambia international as Vardy’s long-term heir, although the scintillating form of Nigerian striker Kelechi Iheanacho could make Daka’s task of slotting straight into the side more difficult than it appears.

Although, Iheanacho’s overall play since joining the club in 2017 has been patchy at best, meaning Rodgers may feel reluctant to pin all his hopes on the 24-year-old in case his streak falls flat once again.

If Daka favoured a move to the bright lights of Liverpool or Chelsea, he would have a serious task on his hands trying to displace established internationals Roberto Firmino or Timo Werner.

JUST IN: Gareth Bale raises major transfer question as Wales are held by Switzerland at Euro 2020 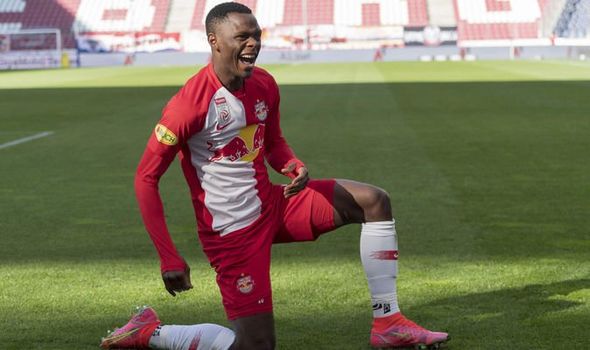 If Tottenham took his fancy, it is virtually assumed that he would play back-up to Harry Kane unless the Englishman completes a lucrative transfer elsewhere.

Clearly, any striker moving to a top Premier League side will need to prove their worth, no matter the quality of the season they have just had.

Averaging just less than one goal per game, Daka assumed the mantle of ruthless goal scorer at Salzburg since Erling Braut Haaland took his talent, and goals, to Borussia Dortmund in January of last year.

The rampaging Haaland made that move for a meagre £17million (€20m), while Daka has been tipped to leave for a similar fee which has caught the attention of clubs across the continent.

Haaland has since gone on to prove himself as one of Europe’s premier strikers, continuing his mesmerising strike rate in a far-superior league to become one of the sport’s most recognisable faces.

To add further fuel to the rumours, 22-year-old Daka is reportedly keen on a move to England.

He began playing in the Austrian Bundesliga as a teenager and has already managed over 50 league goals.

Although, there is little Salzburg could do to stand in the player’s way if an offer from one of Europe’s big boys came in, as was the case with Haaland. 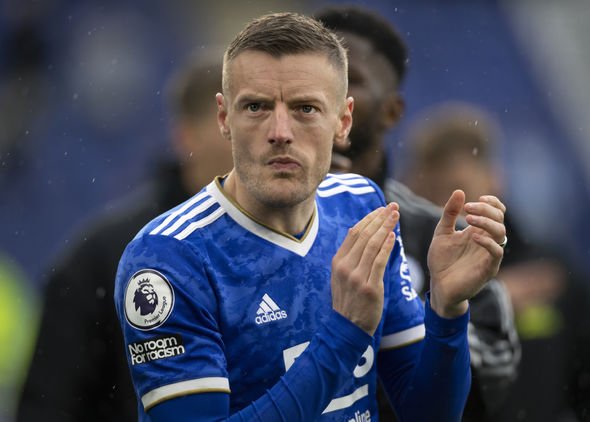 Certainly, Leicester enter the race for a sought after striker as the plucky underdog.

However, a favourable set of circumstances may just entice an ambitious young player to join a harmonious side chasing Champions League football next season.