Home » Soccer » Leicester 2-0 Birmingham: Relief as Foxes finally get off mark in WSL

Leicester 2-0 Birmingham: Relief after fighting Foxes finally get off the mark in the WSL as Sophie Howard and Sam Tierney goals secure precious victory in relegation showdown

This game was the definition of a ‘relegation six-pointer’. Leicester started the afternoon pointless with Birmingham above them on one.

One of these teams will be relegated at the end of the season but it is advantage Leicester after a 2-0 victory at the King Power, leaving Birmingham bottom of the pile at Christmas.

Of these two relegation candidates, it is Leicester who have the most potential. The club’s owners have demonstrated their commitment to the women’s team, invested in the playing squad and provided them with top-class training facilities. 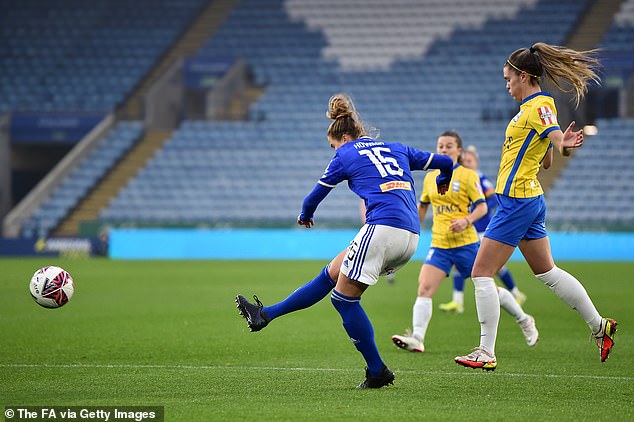 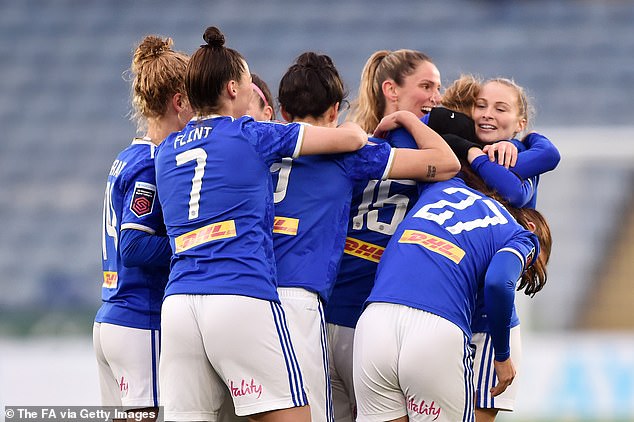 It is a different story at Birmingham, where last season players wrote a letter to the board complaining about a lack of resources.

These issues do not appear to have been fully resolved. Birmingham had by far the lowest transfer budget of any WSL club this summer and saw a number of players leave. New boss Darren Carter admitted they need to add to their squad in January. 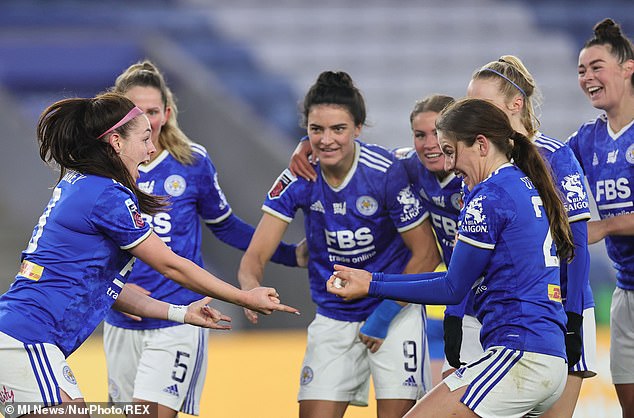 Despite their inferior set-up, Birmingham were above the Foxes when they sacked Scott Booth in November. In came Carter, who is something of a Birmingham legend after scoring the decisive penalty in the 2002 play-off final, which saw the club promoted to the Premier League.

Leicester dismissed Jonathan Morgan a week later and appointed England youth team coach Lydia Bedford. Neither Carter nor Bedford had managed in the WSL before and both have been given experienced assistants.

Brent Hills, who was Hope Powell’s No 2 during her time as England manager, is alongside Bedford. Carter, meanwhile, is joined by Marcus Bignot, who previously managed Birmingham and guided Villa to safety in the WSL as interim boss last season.

Though Carter is the man at the helm, it was Bignot who spent yesterday’s game in the technical area and he was the one barking out instructions to the players, but to little avail.

They were second best and have work to do if they want to avoid relegation to the Championship.

Jess Sigsworth should have made it 2-0 shortly after but could only fire wide from close range. The closest Birmingham came to finding the net was when Gemma Lawley’s header was cleared off the line before Louise Quinn put the rebound over the bar.

‘There are still a lot of games to go this season and what we do after Christmas is going to be really important, but to give everyone that boost (before the winter break) is really crucial,’ said Bedford.

Birmingham must now rally themselves before facing their relegation rivals again in February.