Leeds were involved in another seven-goal thriller as they held on to beat Fulham 4-3 when Premier League football returned to Elland Road on Saturday.

Marcelo Bielsa’s side, who lost their first top-flight game in 16 years 4-3 at champions Liverpool last week, appeared to be cruising when Helder Costa put them 4-1 up, but Fulham hit back to ensure a rip-roaring finale.

Costa’s early opener for Leeds was cancelled out by Aleksandar Mitrovic’s penalty before Mateusz Klich’s own spot-kick restored Leeds’ advantage at the end of the first half.

Patrick Bamford and Costa struck further goals for Leeds early in the second period, but Fulham substitute Bobby Decordova-Reid fired the visitors back into it and Mitrovic’s header five minutes later left Bielsa’s side hanging on.

Joe Bryan’s early free-kick, reminiscent of his effort in last month’s play-off final against Brentford, almost caught Leeds cold before Costa’s blistering finish gave Leeds a dream start. The Portuguese gathered Kalvin Phillips’ corner at the back post in the fifth minute and unleashed an unstoppable shot from a tight angle into the roof of the net.

It was a keenly fought contest and Fulham equalised through Mitrovic’s 34th-minute penalty. Bryan went down on the left edge of the area under Koch’s sliding challenge and, after referee Anthony Taylor had checked with the video assistant referee, Mitrovic converted into Illan Meslier’s bottom right corner.

But the Londoners were not level for long. Bryan was adjudged to have shoved Bamford in a race to reach Jack Harrison’s raking cross into the box and Klich coolly restored Leeds’ advantage.

Rodrigo, who had played the full 90 minutes on his debut in the Carabao Cup defeat to Hull on Wednesday night, was replaced by Tyler Roberts during the interval, having stepped in for Pablo Hernandez after the midfielder was injured in the warm-up.

Leeds quickly readjusted and struck their third goal in the 51st minute, with Bamford clinically dispatching a right-footed shot after Klich’s brilliant pass had carved Fulham’s defence wide open. Leeds struck again to make it 4-1 in the 57th minute with a superb second goal for Costa, who slammed home first time following Bamford’s run and cross. 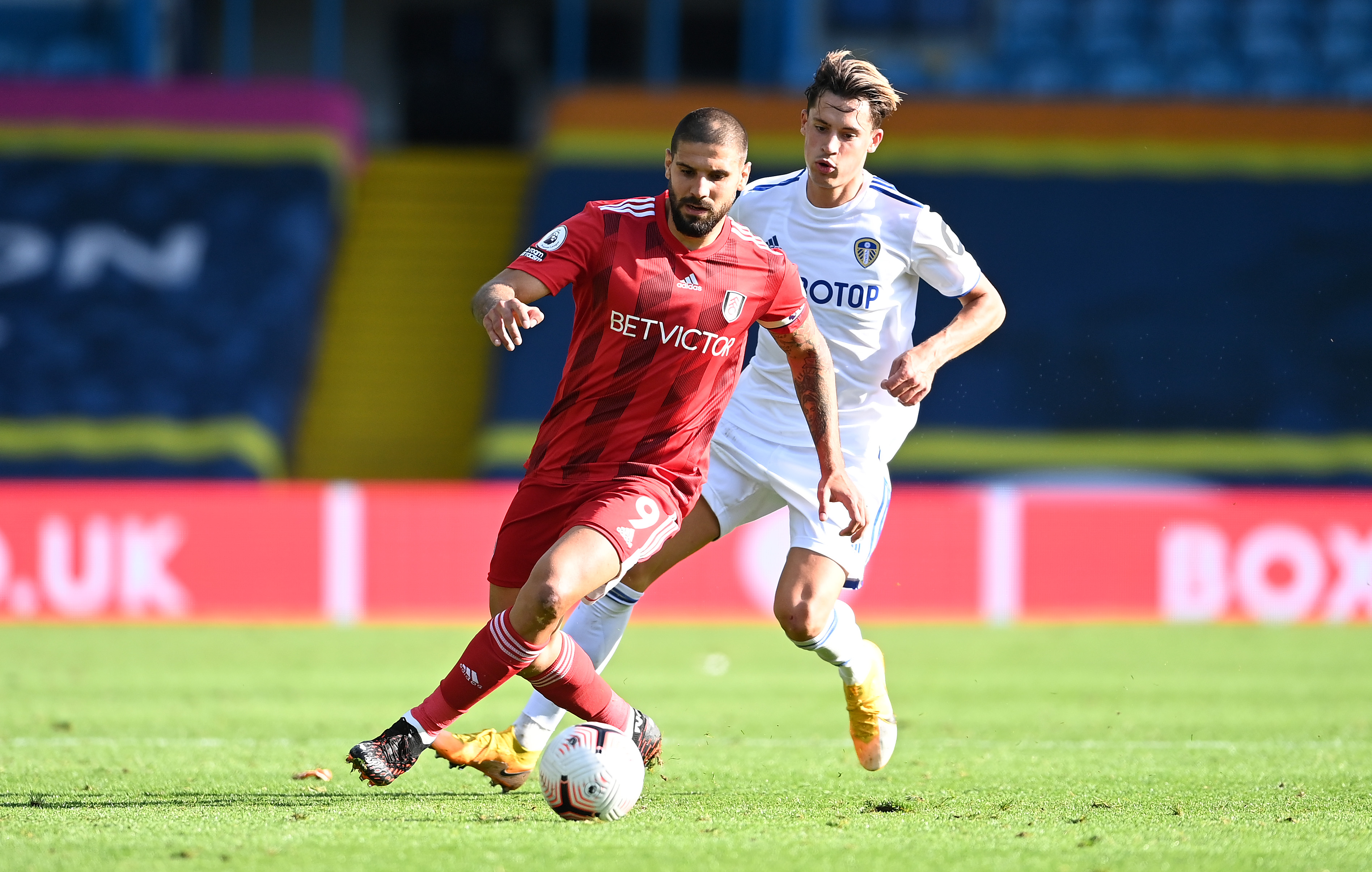 But Fulham refused to surrender. Substitute Decordova-Reid drilled home his side’s second soon after replacing Josh Onomah in the 62nd minute and five minutes later Mitrovic’s towering header from Kenny Tete’s cross made it 4-3. Neeskens Kebano’s shot then hit a post as Fulham threatened to turn the game on its head and Leeds appearing all at sea.

The home side rode the storm and went close to scoring the game’s eighth goal when Alioski’s shot and Roberts’ follow-up were both saved by Areola. Mitrovic then forced Meslier into a diving save and, while Leeds looked the more likely to score in the closing stages, the home bench held their breath when Denis Odoi’s last-gasp drive flew over the crossbar.