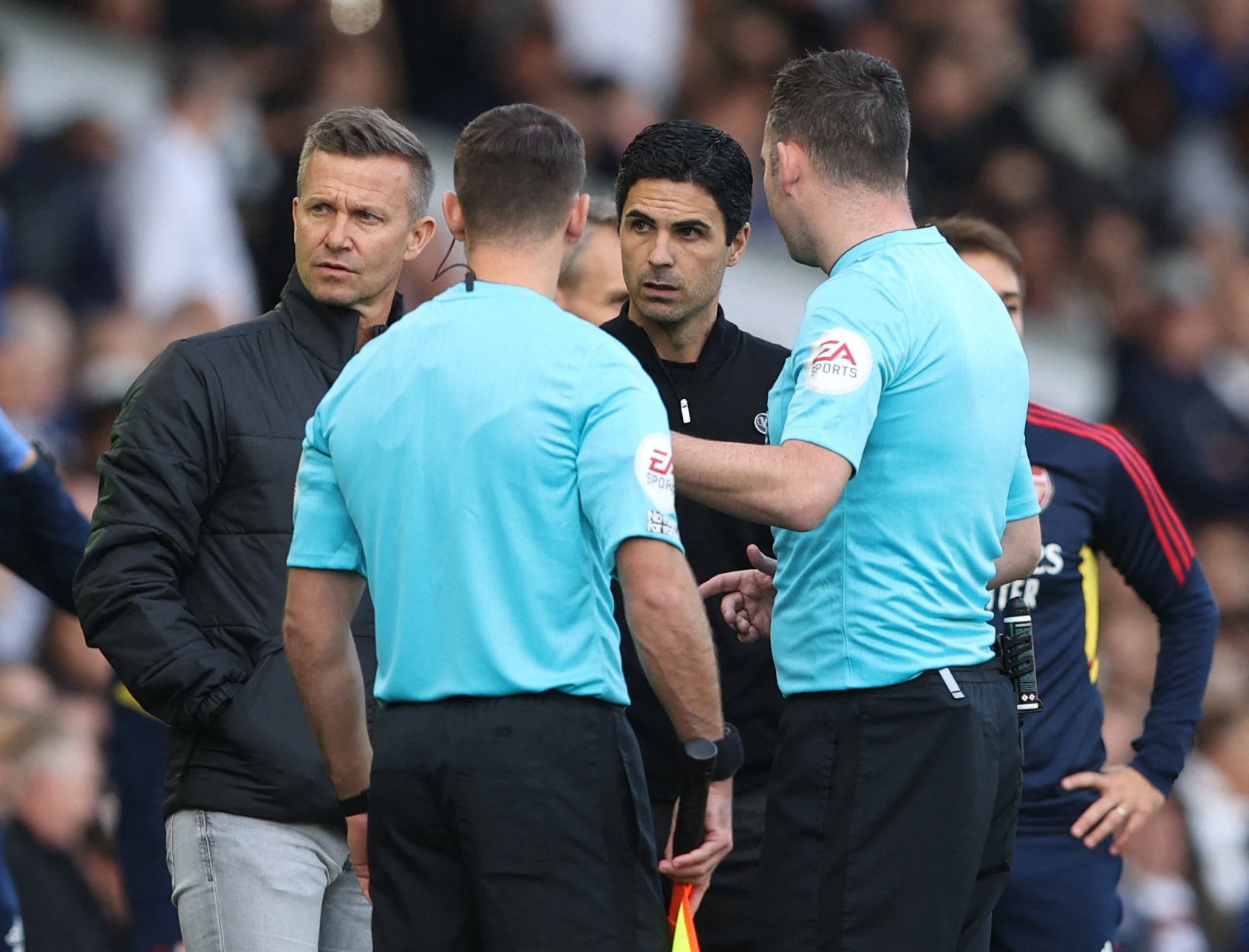 Arsenal’s Premier League clash with Leeds United has been temporarily suspended due to a power cut at Elland Road.

The match lasted just 23 seconds before referee Chris Kavanagh was forced to stop the game as he was not receiving any communication through his earpiece.

The officials were also receiving no communication with the team operating VAR.

After a halt was called and Kavanagh spoke with Mikel Arteta and Jesse Marsch, both Arsenal and Leeds players made their way back towards the dressing rooms.

The stadium announcer at Elland Road then confirmed that the game had been ‘temporarily suspended due to a power cut’.

Kavanagh then re-emerged after around 30 minutes to check the goal-line technology system, while the players came out to start their warm-ups.