England captain Leah Williamson claims she’s ‘excited for any test’ and insists the Lionesses ‘don’t fear anyone’ after thrashing Norway, despite the prospect of facing Germany or Spain in the quarter-finals of Euro 2022

England captain Leah Williamson insisted the Lionesses have no fears of facing Germany or Spain in the quarter-finals of Euro 2022 after their record-breaking 8-0 win over Norway on Monday.

Sarina Wiegman’s side ran riot at the Amex with six goals in the first half before a further two in the second and have already topped Group A with a game to spare.

They will likely face Spain or Germany, who play each other on Tuesday, in the quarter-final but Williamson believes her team shouldn’t be scared of any potential opponents. 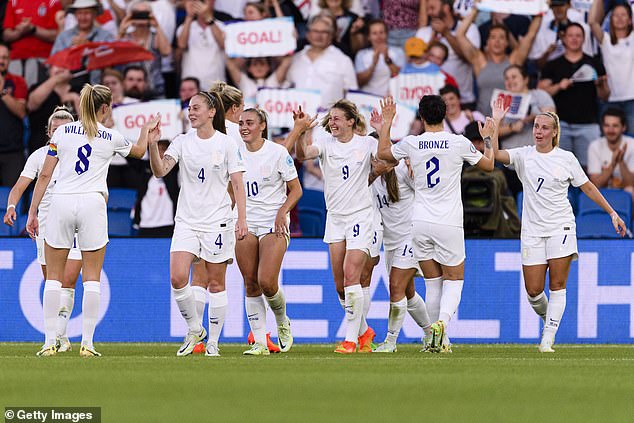 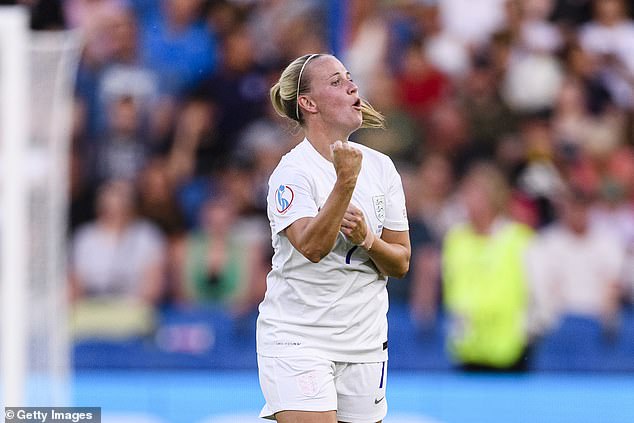 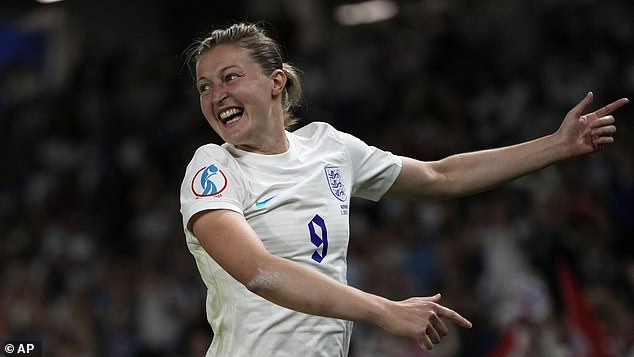 ‘I don’t think we feared anyone coming in,’ Williamson said. ‘There’s a lovely quote that I like and it’s: “Nobody wins afraid of losing”. That’s not the attitude that we have.

‘We go into every game to win it. Of course, the stakes get higher and higher, and we wanted to get through the group. We will take every game as it comes. We’ve got another game to build on at the back end of the week.

‘Hopefully whatever team we come up against we’ll know our strengths. They’ll also have strengths, that’s the beauty of this competition and especially a Euros. It’s a very difficult tournament because all the teams are such a high standard. I’m very excited for any test, but of course a win like today doesn’t do any harm to the confidence.’

There were five different scorers on Monday with a hat-trick for Beth Mead, a brace for Ellen White and goals for Georgia Stanway, Lauren Hemp and Alessia Russo. 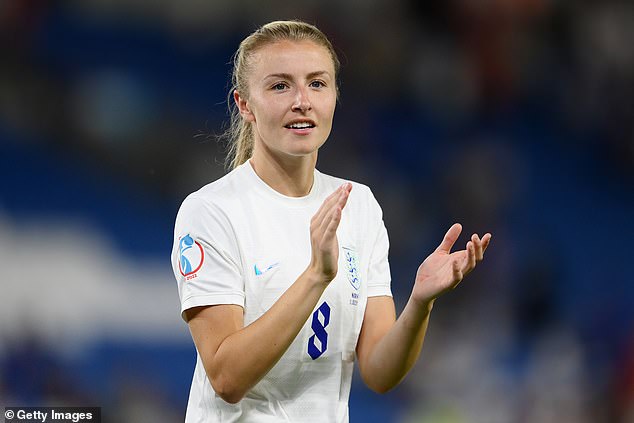 And Williamson believes that England’s electric performance at the Amex made a statement and will have excited fans both in the stadium and watching at home,

‘Of course, it is [a statement]. Every game in football you go out to win and you want to play as best as you can, and today everything we touched in the first-half was golden.

‘You have days like that, you also have days that aren’t like that. So we won’t get carried away with it, but I think for us in terms of confidence and what the girls all get out of today – especially the girls that are assisting and scoring – some of the goals were unbelievable.

‘Obviously it helps if you are playing that way and you are putting on a show. That’s so important. Like I have said before, Sarina really wants us to engage with the fans when we are here, but also the people at home watching on tele. That’s the type of football, if I turned on my tele, that’s what I’d want to watch.’