‘You’re OBSESSED!’: Lazio hit out at Jose Mourinho in a remarkable club statement, attacking the Roma boss for his ‘lack of respect’ – but refusing to name him – as the city rivals row while level on points in a Serie A scrap

Lazio have lashed out at Jose Mourinho in a remarkable, scathing club statement to accuse him of a lack of respect after the Roma boss took aim at their city rivals.

Mourinho was left furious following his side’s goalless draw with Bologna yesterday and during his post-match press conference, he made a sly reference to Lazio clinching their dramatic 4-3 win over Spezia with an offside goal in stoppage time.

Photos on social media revealed the moment that Francesco Acerbi flicked home his effort, and indeed showed the defender may have strayed beyond the last man. 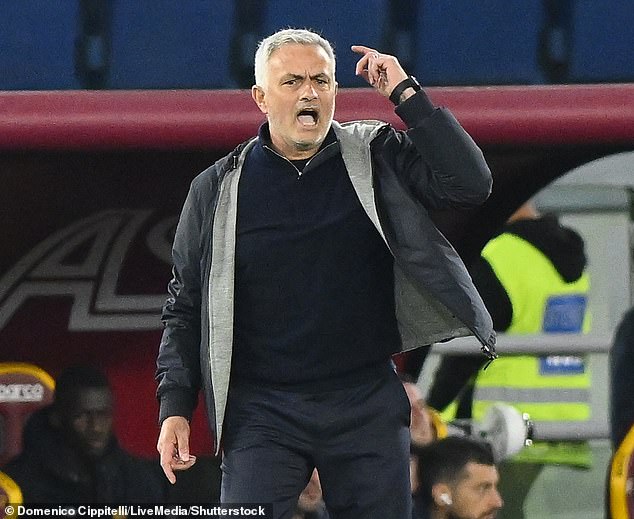 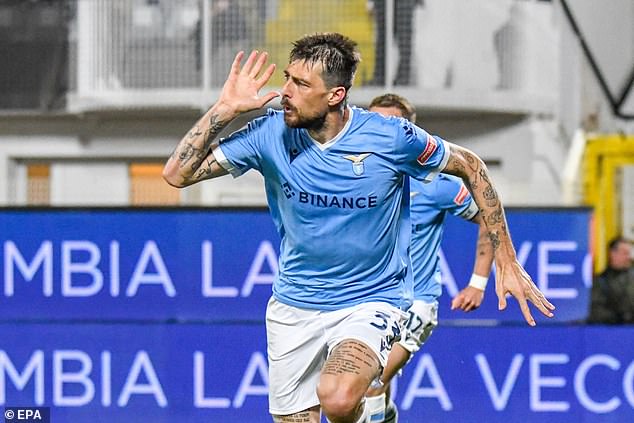 The Biancocelesti beat Spezia with a goal from Francesco Acerbia, who may have been offside

‘Another thing that never changes is that 22 years ago, you could win a match with a goal that is offside and you can still do it today,’ Mourinho said.

‘Yesterday, a team won a match with a goal that was offside.’

His comments have clearly riled up the benefactors of the decision, to the extent that they have released a post on their club website criticising Mourinho. 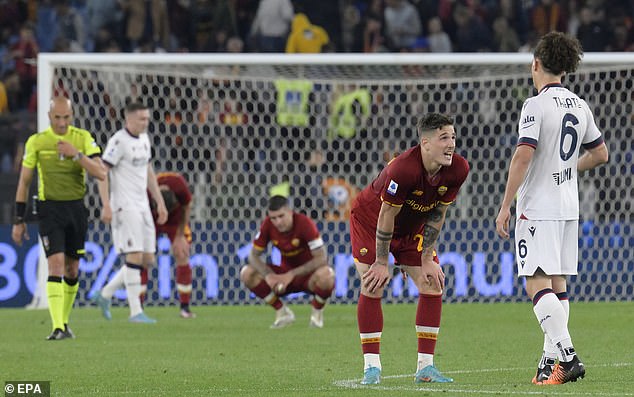 Roma, meanwhile, failed to qualify for the Champions League after their draw with Bologna

The typically outspoken manager was not explicitly name-dropped, however.

‘The fact that in 2022, an opposing coach repeatedly mentions other clubs and presumed referee errors and that, at the same time, journalists of proven football faith get worked up about the same matter, forgetting about their professional role and impartiality, proves two things,’ Lazio’s post read.

‘That Lazio is obsessively in their thoughts, more than other ambitious targets and that, as it usually happens, they look at someone else’s home to divert attention from failings or incredible incidents, in their favour, that occurred under everyone’s noses.

‘Despite the necessity to evolve the image of Italian football, some protagonists are stuck to accusing VAR and referees and too many times, lack of respect towards officials and lack of journalistic objectivity aren’t enough considered. 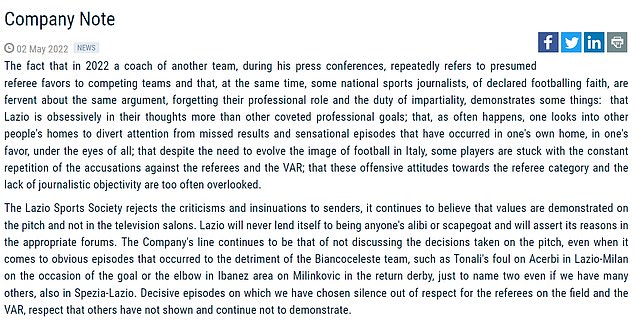 In a remarkable club statement, Lazio criticised Mourinho and a lack of ‘journalistic objectivity’

‘Lazio can’t accept criticism and institutions and believe that values are proven on the pitch, not on TV. Lazio will never be the excuse for somebody else or a scapegoat and will take action in the appropriate forums.

‘The club continue to avoid comments on decisions taken on the pitch, even when incidents against us occur.

‘That’s the case of Sandro Tonali’s foul on Francesco Acerbi in Lazio vs Milan or Roger Ibanez’s elbow on Sergej Milinkovic-Savic in the return leg derby, just to name two. 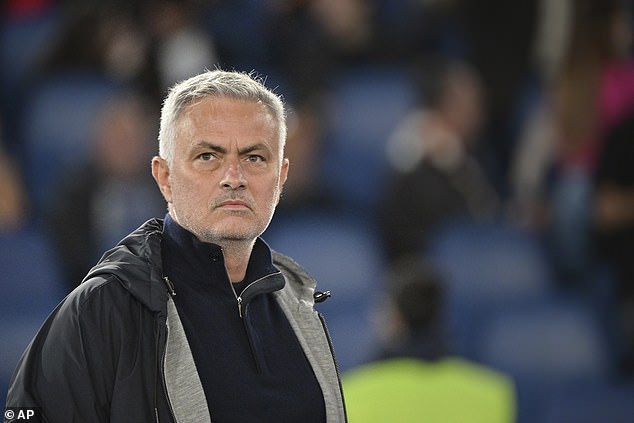 ‘Decisive episodes which we didn’t comment on, out of respect for referees and VAR, respect that others don’t have.’

Lazio and Roma are locked on 59 points after playing 35 games in Serie A.

Both teams have not yet wrapped up a spot in Europe either, although they are four points ahead of eighth-placed Atalanta and hold a game in hand.