Barcelona are keeping tabs on Lautaro Martinez and seem keen to splash up to €111million (£93m) to sign him from Inter Milan. That is according to Nicolo Schira, who claims that Lautaro is Barca’s top target ahead of the summer transfer window.

#Barcellona are working for #LautaroMartinez. El Toro is #Barça’s first choice for the summer. They have offered to him a contract until 2025 with a wages of €7M + bonuses a year

Schira added that the Spanish champions have offered the star striker a five-year contract worth €7m (£6m) a year, plus bonuses.

Inter are not keen on letting the Argentina international go as he has been on fire this season with 11 goals in 21 Serie A appearances.

However, if Barcelona meet the Italian giants’ whopping asking price then a deal could materialise in the summer.

Schira tweeted: “#Barcellona are working for #LautaroMartinez. El Toro is #Barça’s first choice for the summer. They have offered to him a contract until 2025 with a wages of €7M + bonuses a year. 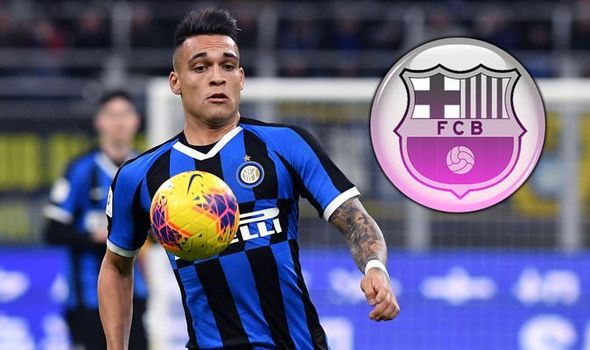 “#Inter would not want to sell his striker, but there is a release clause (€111M). #transfers #FCB.”

Lautaro joined Inter from Racing Club in 2018 and has since scored 25 goals in 65 appearances for the Nerazzurri.

The 22-year-old has been so impressive that he’s earned high praise from 2019 Ballon d’Or winner Lionel Messi.

Messi rates his fellow Argentine so highly that he wants him to move to Barcelona along with Paris Saint-Germain superstar Neymar. 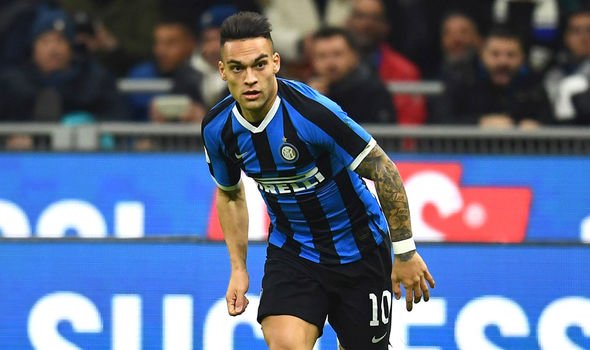 The Barca legend played with the PSG star at the Nou Camp for four years and put together a stunning attacking trio with Luis Suarez, dubbed MSN.

Messi said recently: “As I said before, he [Neymar] is one of the best and contributed us a lot on the pitch.

“He is really looking forward to coming back, he always seemed sorry.

“He did a lot to return and that would be the first step to try to arrive.

“He [Lautaro] is spectacular, he has impressive conditions, he was seen to be a great player, now he exploded and is showing it.

“He is very strong, he has a very good one against one, he has a lot of goals, in the area he fights with anyone, he turns, he looks for it alone. He has a lot of quality and is very complete.

“And Luis also has a lot of experience and could help adapt Lautaro to the club and the League, but they are all assumptions.”

Inter see Lautaro as an integral part of the squad as he has played an important role in the team’s Serie A title contention this year.