Drawing the first leg of European tie 1-1 at home is a poor result in any context but the manner of Simon Kjaer’s late equaliser was difficult for Manchester United to take, even if it was exactly what Milan deserved.

Ole Gunnar Solskjaer had seen his side come a minute away from claiming a slender win over weakened but talented opponents performing well in Serie A.

Instead, a lapse of concentration in this first leg’s final significant passage of play led to an away goal which entirely changed the dynamic of this glamour last-16 tie. “It makes it harder,” the United manager admitted.

Solskjaer refused to blame his goalkeeper Dean Henderson, who bore much of the post-match criticism for the goal, and focused on United’s general set-piece defending.

“We dropped too deep in the box. The structure, it’s a yard or two deep from everyone really,” he said. It was the 15th goal that United have conceded from dead ball situations since the start of the season. 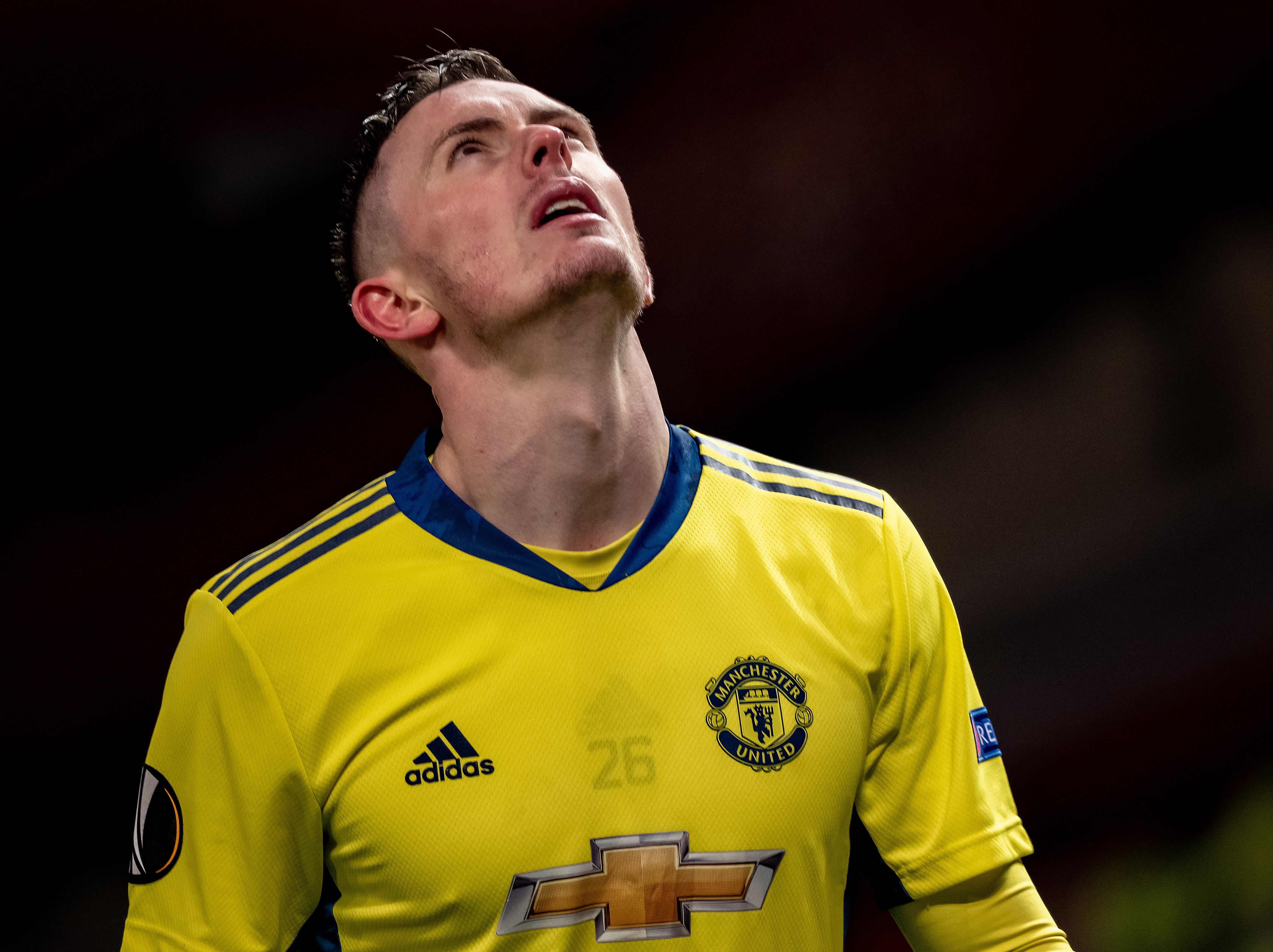 “Of course you’re always disappointed when you concede in that manner. He’s a good player, he’s strong and makes a good run and his marker gets blocked off so he gets in front of him.”

Solskjaer was disappointed with more than just the goal, though, and he was right to be.

Amad’s brilliant first goal since completing his arrival from Atalanta in a deal rising up to £37m was sublime, as was Bruno Fernandes’ lofted pass to set it up, but it was the only real highlight of United’s attacking play.

Other than that – and the open goal which Harry Maguire somehow missed on a corner, striking the inside of the post and out – United offered very little.

“We were too slow in possession and even though we had the same amount as them we never used the ball well enough,” Solskjaer conceded. “We never played it well enough or quick enough. We started really slow and I’m disappointed in that.”

It was striking, in fact, just how easily Milan dominated the opening stages without ever really creating much in the way of goal-scoring opportunities.

While that may not reflect particularly well on Stefano Pioli’s side, it was a greater indictment of a United team that lacked direction and rhythm in their own build-up play.

It was a far cry from Sunday’s Manchester derby at the Etihad, but then this was not a game where United could simply wait for their opportunities to counter-attack. Kjaer’s goal means that next Thursday’s return leg at San Siro will not be either.

Solskjaer suggested that the need to score in Milan will suit his side. “We’re a team that’s better when we go forward and be more direct,” he said.

“Today, we didn’t win the ball well enough or in good enough positions to find the counter-attacks, we were too slow and we didn’t move our feet well enough in our half and they played well to be fair.”

Solskjaer also mentioned the Real Sociedad tie in the last round, when Imanol Alguacil deployed a recklessly high line that let United’s forward line in behind time after time.

“That was a template of how we want to play in games,” he added. “We go there knowing we need to score at least one, maybe two and get away with a draw. We will fancy our chances.”

If Kjaer had not equalised and if United were travelling with a lead next week, Milan may have been forced to adopt a similar game plan to la Real.

Yet the away goal means that the Rossoneri are the ones with something to protect, and if they know this United side well enough, they will not play into their hands by needlessly chasing the game.

That is the power of the away goals rule – just one of them can flip a contest on its head.

That late lapse in concentration and longstanding set-piece vulnerability has turned the dynamic of this tie against United, potentially onto unsuitable tactical terrain.

Though they are far from out of it, reaching the quarter-finals now appears as though it will be an uphill battle.