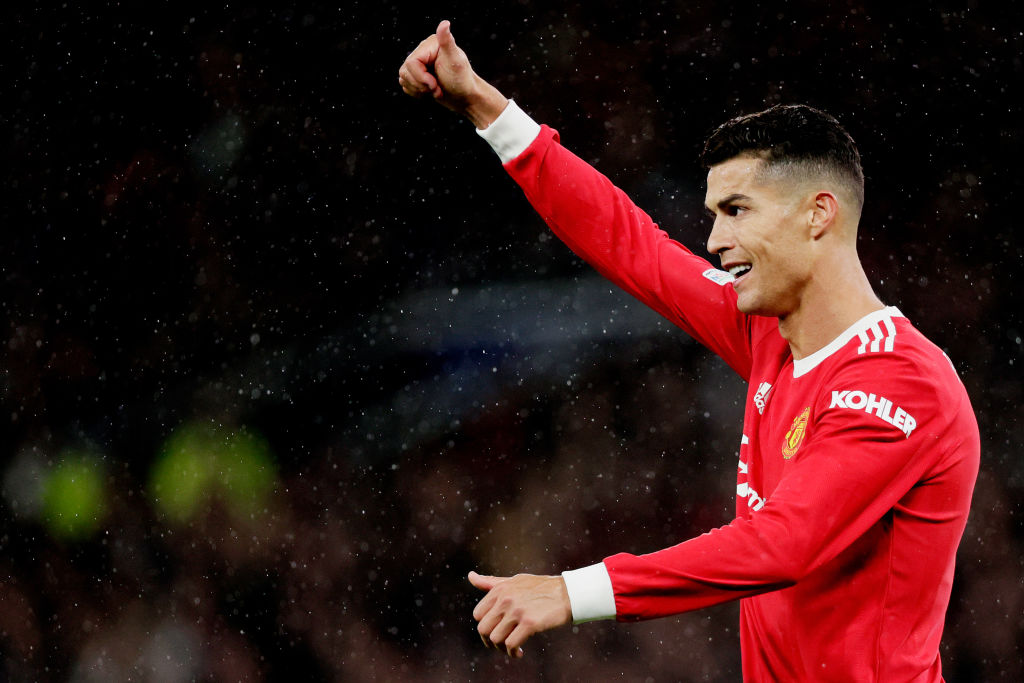 It was a thrilling contest which saw a huge amount of chances at both ends and the Spanish side will not believe how they have come away with nothing after so many opportunities in the Group F contest.

Unai Emery’s side took the lead after 53 minutes through Paco Alcacer after a well-worked move allowed him to poke past David De Gea, who had an excellent match.

However, the lead last just seven minutes before Alex Telles scored his first goal for the Red Devils, and did it in some style as he volleyed home from just outside the penalty box after Bruno Fernandes found him with a cross from the right.

It looked like it would end as a draw, but Ronaldo saved the day, cleverly finishing after substitute Jesse Lingard poked the ball to him on the right hand side of the box.

Solskjaer’s aggressive starting XI seemed just to be opening up spaces for the visitors more than creating chances for his own side.

Paco Alcacer wasted a great opportunity just before half time when he found himself in a two-on-one position, while Arnaut Danjuma kept causing serious trouble for Diogo Dalot at right-back.

It was the away side that scored first, but they had to wait until the second half when Alcacer poked home after 53 minutes and some impressive build-up.

The Uruguayan veteran got his head to a fantastic Diogo Dalot cross, but could only nod wide of an open goal after the delivery evaded the goalkeeper, with Cavani distracted by a defender’s missed header.

Boulaye Dia then had two great chances for the Spaniards, forcing two sharp saves from De Gea, who continued his impressive performance.

A draw look secured before Ronaldo won it for the Red Devils sending Old Trafford into raptures.