Home » Lacazette set for scan after going off injured against Fulham

Alex Lacazette is set for a scan on Tuesday to determine the severity of a hamstring injury that threatens to rule him out of the Europa League semi-final against Villarreal.

Arsenal were trailing to Fulham when Lacazette pulled up in pain, clutched the back of his left leg and hobbled down the tunnel in despair with his shirt pulled up over his face.

‘We will have to see,’ said boss Mikel Arteta. ‘He felt his hamstring. He will have a scan on Tuesday probably and we will see the extent of the injury and see the length of time he will be out. We can’t tell if he is going to be a week or five weeks.’ 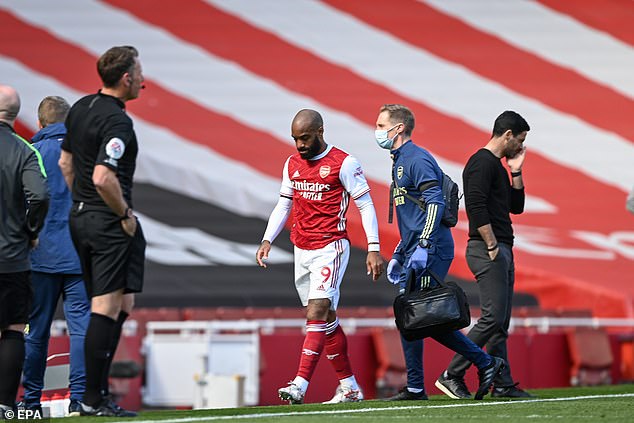 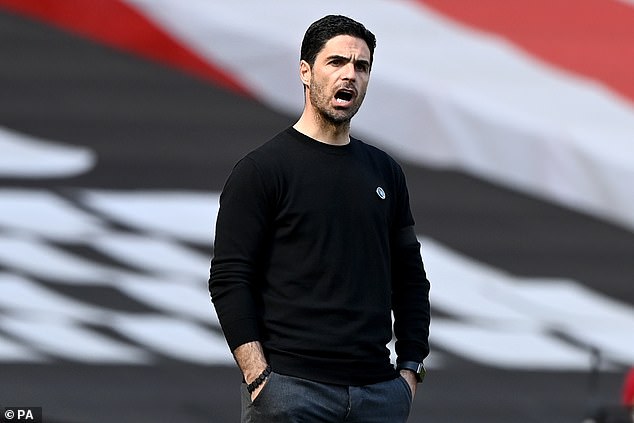 Arsenal are still without captain Pierre-Emierck Aubameyang who contracted malaria while on international duty for Gabon. Defenders David Luiz and Kieran Tierney are also injured.

They made changes after the win at Slavia Prague on Thursday but decided to continue with Lacazette up front because he was in such good form, with six goals in his previous six games.

Lacazette was forced off in the 70th minute and it was his replacement Eddie Nketiah who summoned Arsenal’s equaliser in the sixth minute of stoppage time. 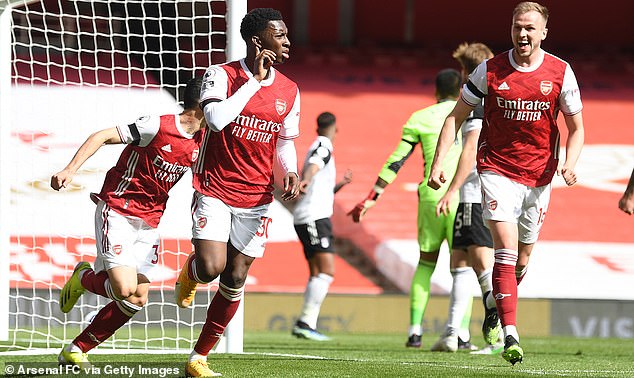 ‘Eddie always offers his best,’ said Arteta. ‘He scored a goal and is always a threat.’

Arsenal are languishing in ninth, still nine points from West Ham in fourth with only six games to play in the Premier League. They face Everton at home on Friday.

Fulham, who took the lead from a penalty, converted by Josh Maja in the 59th minute, disputed the late Nketiah equaliser, and claimed it should have been ruled out for offside.

‘We totally deserved to win the match,’ said Arteta. ‘With the chances we created and two goals disallowed. We conceded the one shot on target.’