The Ligue 1 side have travelled to Holland as part of their pre-season preparations and are due to face Feyenoord – who finished third in the Eredivisie last season – in Rotterdam.

But L’Equipe report former Arsenal striker Lacazette is a doubt to figure in that match after he was attacked by wasps in a Dutch forest this week. 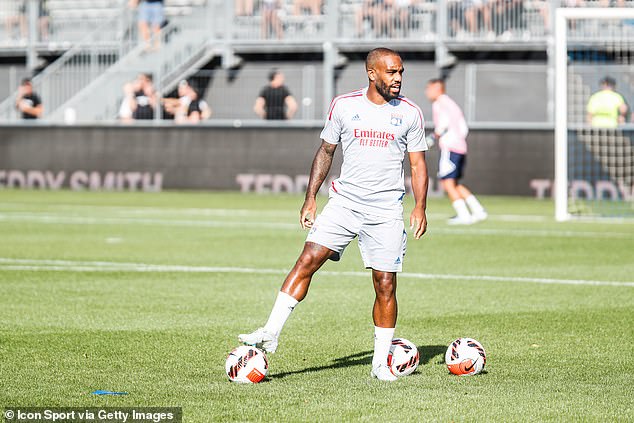 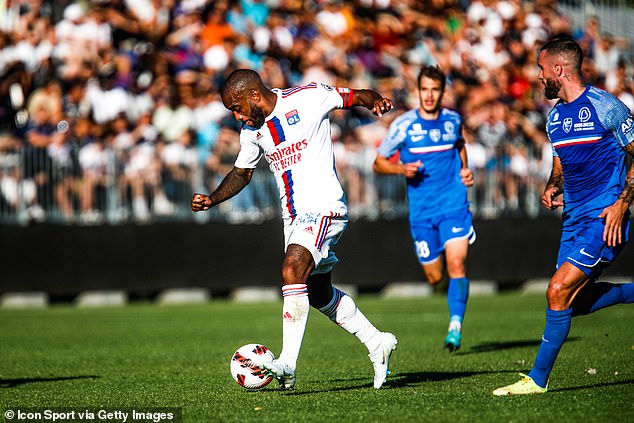 Former Fulham and Celtic forward and Lyon team-mate Moussa Dembele was reportedly stung by wasps but returned to training on Thursday afternoon and is expected to feature at De Kuip.

But Lacazette is now in a race against time to be fit for the match, but former Bayern Munich midfielder Corentin Tolisso will almost certainly be absent due to a calf injury.

Lyon are also in action 24 hours before their game against Feyenoord, as they face another Eredivisie side in Willem II, when many of the squad players are expected to get a run out before the established first-team members return on Sunday.

The French outfit – who have also played the likes of Dynamo Kyiv and Anderlecht already this summer – then have their final pre-season friendly against Inter Milan on July 30 in Cesena. 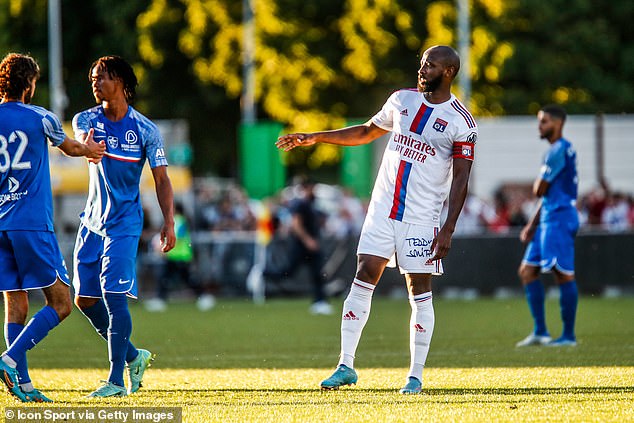 They then begin their league campaign against newly-promoted Ajaccio on August 5, the opening day of the new Ligue 1 season.

Lacazette scored seven minutes into his second debut at Lyon in a 4-2 win against third-tier side Bourg en Bresse Peronnas earlier this month.

Lyon will be aiming for a better campaign in 2022-23 after finishing eighth last time out, but Lacazette – who returned this summer on a free transfer after five years at Arsenal – is hopeful a more fruitful season is around the corner.

‘Thank you for the welcome and the love shown in recent months,’ after his return to the club on a three-year deal was confirmed. ‘My return has become obvious in recent weeks. Even without Europe, the project is important. 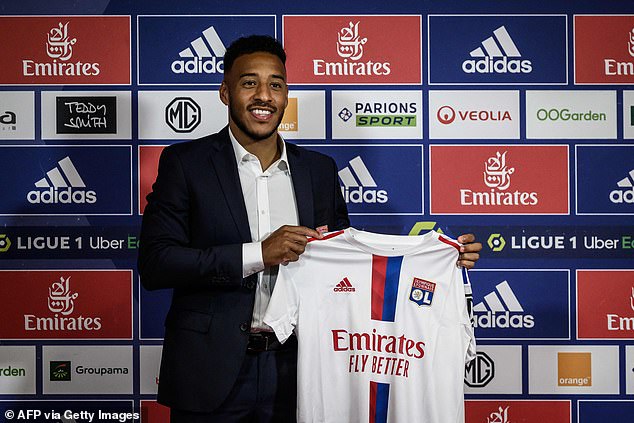 ‘I felt useful in the locker room and on the pitch. It was the best decision to make. I took some time to make my decision. Football is a beautiful profession.

‘It was difficult to follow OL’s last season from a distance because I couldn’t help. I hope this period is over and that we are going to find a great Lyon.

‘The priority is above all to help the club return to the top of the bill with European qualification.’