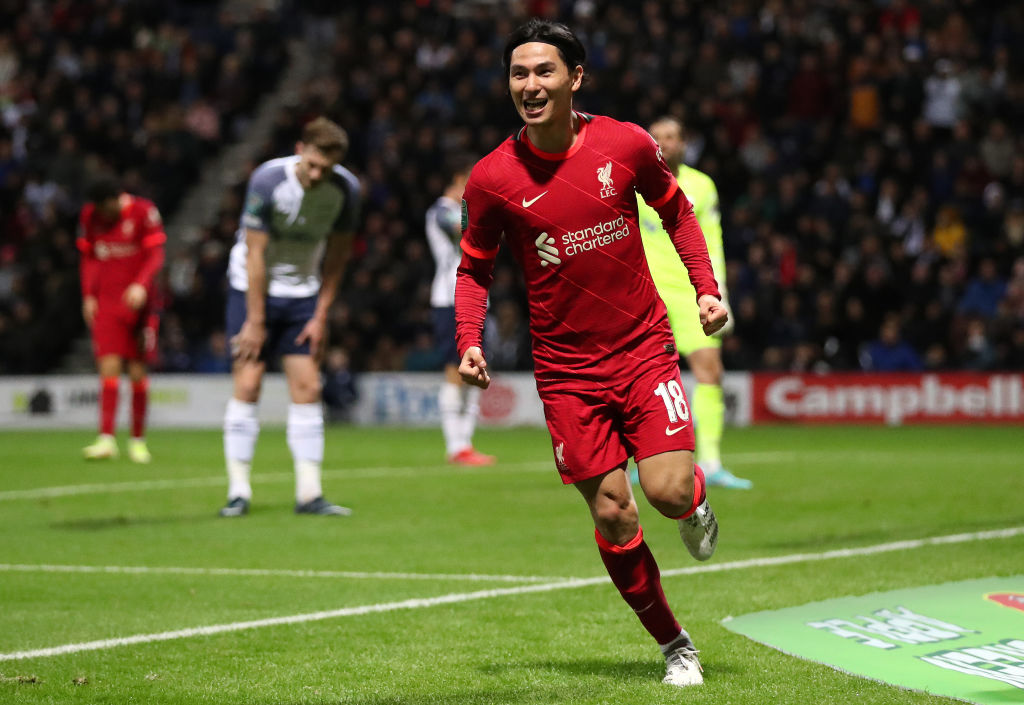 Liverpool manager Jurgen Klopp has hailed Takumi Minamino as his side’s ‘most dangerous player’ in their 2-0 win over Preston on Wednesday night, while saying Divock Origi’s ‘special’ goal was typical of the striker.

Klopp rested most of his big-name players for the Carabao Cup fourth round tie at Deepdale, giving the likes of Minamino and Origi the chance to shine, as well as youngsters like Tyler Morton and Harvey Blair.

Minamino and Origi took their chances as they scored the goals to take the Reds into the quarter-finals of the competition, the draw for which takes place on Saturday.

The Liverpool boss had plenty to say on Minamino, who he says is only the victim of having to compete with the likes of Mo Salah, Sadio Mane, Roberto Firmino and Diogo Jota in the first team, although Klopp also feels he has much more to give than he showed against Preston.

‘Taki is high quality,’ Klopp told Liverpool’s official website. ‘Taki’s problem is… actually, there is no problem apart from the other players in his positions are really good and thank God for us they are not injured. That’s it.

‘Taki is absolutely fine, Taki is an outstanding moment, training-wise much better than he showed tonight but he was the most dangerous player and scores a goal, which is really important.

‘He understands our game as well really well, so you can throw him in and he can be immediately a massive part of our football. Tonight he was, obviously. Taki was good, but we all know he can be even much better.’

‘We didn’t play well, that’s how it is,’ said the German. ‘We started quite OK, but then we lost the structure completely and that was the problem.

‘We were too lively, too desperate to get the ball. Everybody dropped and we didn’t have enough players between the lines, we didn’t have [someone] always in behind the lines.