Home » Soccer » Klopp: 'It will be an outstanding season even if we win nothing else'

‘It will be an outstanding season even if we win nothing else’: Jurgen Klopp takes the pressure off his quadruple-chasing Liverpool stars by claiming defeat in the FA Cup final, Champions League and Premier League title race would NOT represent failure

Jurgen Klopp has tried to lift the pressure off his Quadruple-chasers by claiming it would be an ‘outstanding’ season even if they don’t win anything beyond the Carabao Cup.

Liverpool face Everton in Sunday’s Merseyside derby still in the hunt for three more trophies, which would be a unique achievement in English football history should they win them all.

The German is concerned that, given the rising expectations, anything less would be seen as a failure –— which he emphatically refutes. 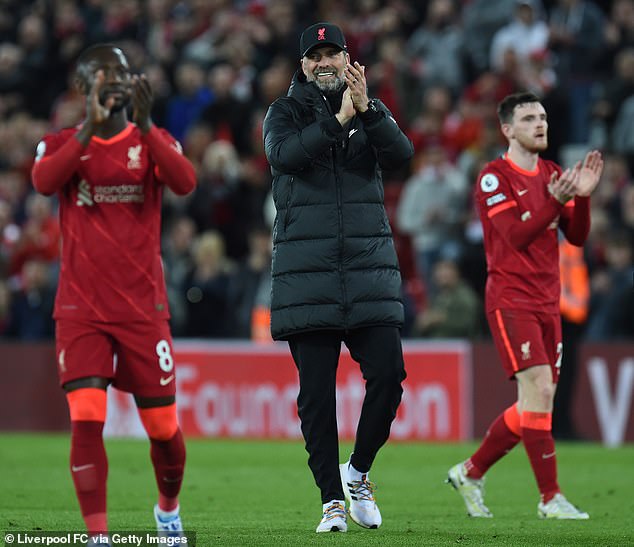 He says on a personal basis the thrill of the chase against Manchester City, themselves one of the greatest teams of all time, is as rewarding as the number of medals that end up around his neck.

‘I will not look back on my career and think ‘Ah, we were only second’. I am not that person — I enjoy the journey, a lot. This team gets respect but would probably not get the respect they deserve if they don’t win more titles because the world is obsessed with first place.

‘And if you don’t appreciate them then I think you make a mistake because that makes your life less enjoyable.’ 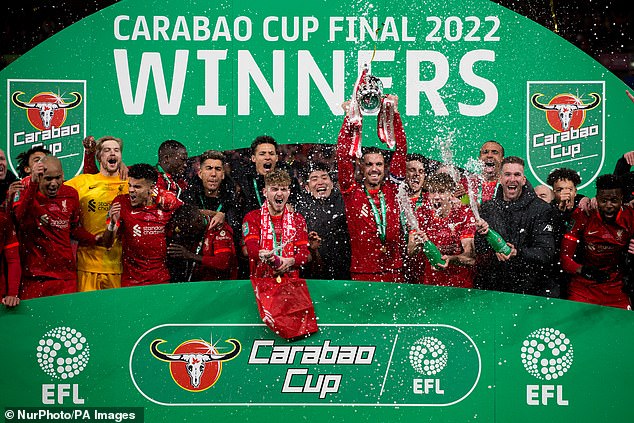 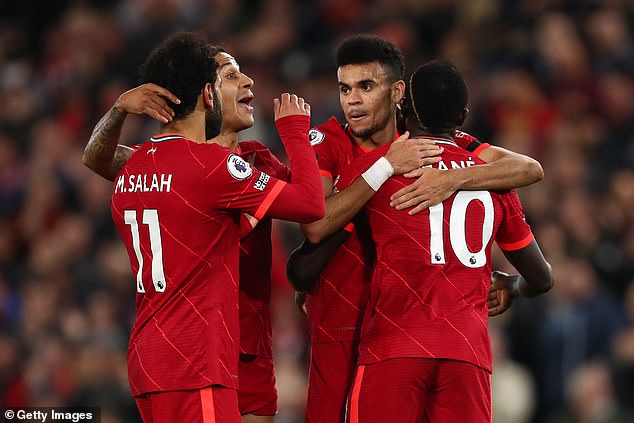 There has rarely been a more one-sided derby on paper, with Liverpool unbeaten in nine matches while Everton could be in the bottom three at kick-off if Burnley get a result against Wolves earlier in the day.

Klopp’s side have already won the League Cup, face Chelsea in the FA Cup final and on Wednesday play the first leg of their Champions League semi-final against Villarreal.

They are hot on the heels of City in the Premier League title race, which is reminiscent of the thrilling climax to 2019, when Guardiola’s team finished with 98 points to Liverpool’s 97.

‘We think about Everton, then we don’t have a lot of time to think about Villarreal,’ says Klopp. ‘We don’t take the second step before the first. I trust this group more than I can say but it is never easy and that is the only thing you have to remember. The only way I know is step by step.’ 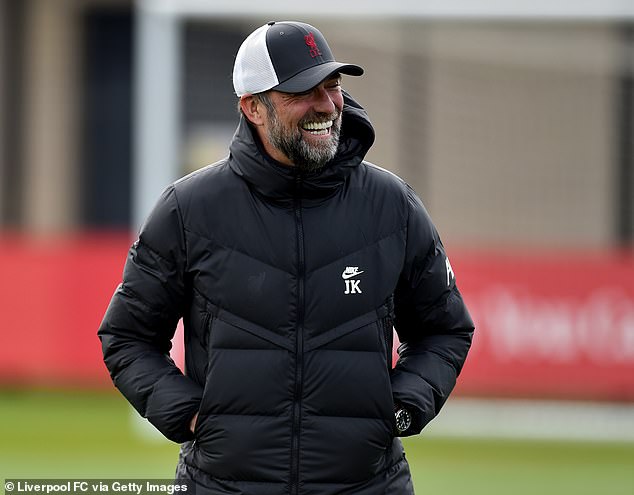 The Liverpool manager has won eight major trophies in his career but acknowledges his haul would have been larger were he not competing in the Guardiola era, including a previous rivalry in Germany when they headed up Bayern Munich and Borussia Dortmund.

‘I have always respected in my life if someone was better than me. That’s easy because so many people were better than me when I was at school! I never hated the guy who was best in the class.’

Klopp’s playing career was modest compared to opposite number Frank Lampard’s but the Liverpool boss says he has a great deal of respect for Lampard the manager too. ‘I thought Frank did a brilliant job at Derby and I really liked what he did at Chelsea,’ he added.

‘You could see the way they played what they wanted to do. Everton is a different situation fighting to stay in the league.

‘I have had this situation often in my life, it’s not the coolest moment but it is very satisfying as well when you get the points in.’

Klopp will be buoyed by how strongly Liverpool have finished the Premier League season in recent years. Last term they won five and drew one of their last six games to claim a Champions League spot in an injury-ravaged season.

They lost only one of their last six games in 2019-20 when they had already been crowned champions and in 2018-19 they won their last six in their thrilling title head-to-head with City.