Jurgen Klopp insists Ozan Kabak is ready to answer an SOS after Fabinho added his name to Liverpool’s list of absent defenders.

The Brazil midfielder has been redeployed as an emergency centre back for much of this season, following injuries to Virgil van Dijk, Joe Gomez and Joel Matip but he has suffered what Klopp has described as ‘a small muscle injury’ and is out of Saturday’s trip to Leicester.

Kabak, a Turkey international, moved to Anfield on loan on transfer deadline day and is primed to make his debut at the King Power Stadium following a good week at the club’s training base. Ben Davies, another new signing from Preston, is also pushing to be included. 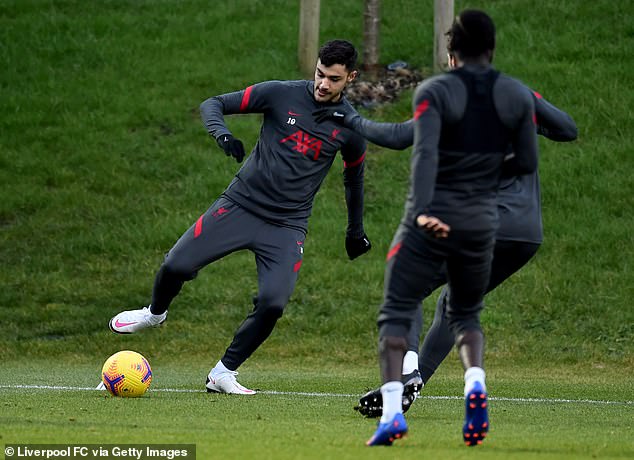 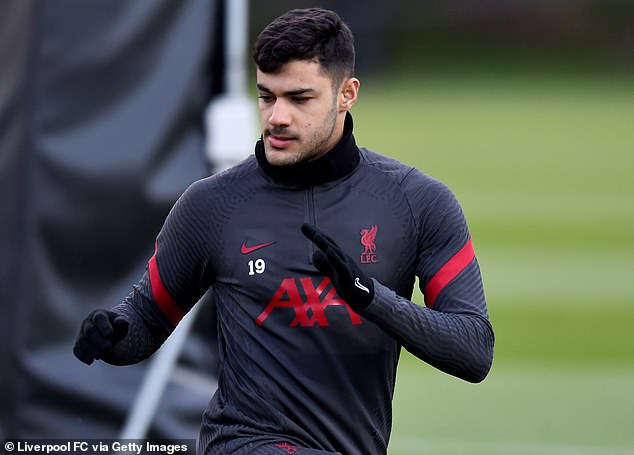 Klopp has been impressed with what he has seen from both players so far; it would be unlikely that the manager threw both of them into such an important fixture but he has seen enough to suggest they will be ready if called upon.

‘They are calm people, both Ben and Ozan,’ said Klopp. ‘They are willing to learn. Great attitude. They really throw themselves into everything ahead of them, which is what a defender should do. They are making big steps in adapting to the way we play. Again, that’s important.

‘We have still a clear way to defend, which is important. If both of them would be on the pitch then there are still nine players used to what we have done before. 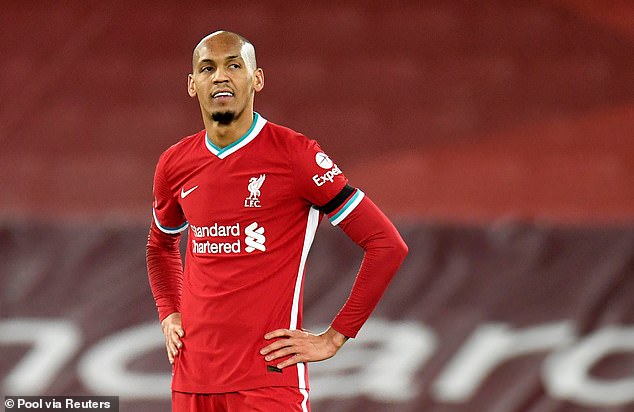 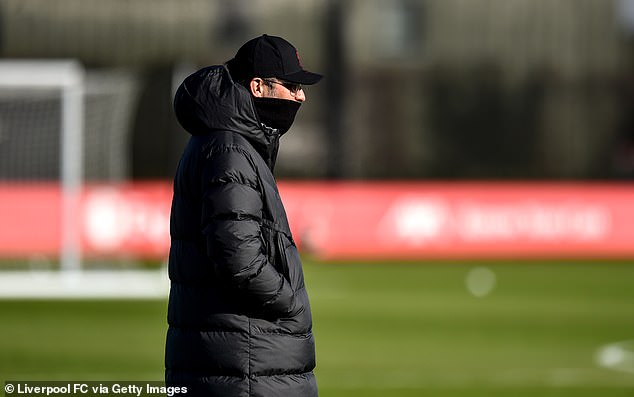 ‘It’s all good. Now we have to make a decision. We have to change again because of Fab and we will see which solution we will take.’

Fabinho had only just returned from a hamstring injury for last Sunday’s 4-1 defeat to Manchester City but a relapse this week means he faces a race to be ready for the first leg of Liverpool’s last-16 Champions League clash with RB Leipzig and the clash with Everton on Saturday week.

Klopp would only add that he is ‘not sure’ if Fabinho will be able to figure in a week that will have a big bearing on the rest of Liverpool’s campaign.

Injuries have decimated Liverpool’s team this season but Klopp hopes that in ‘two to three weeks’ Diogo Jota will be able to restart first team training, which would put him on course for a return to action in the middle of next month. 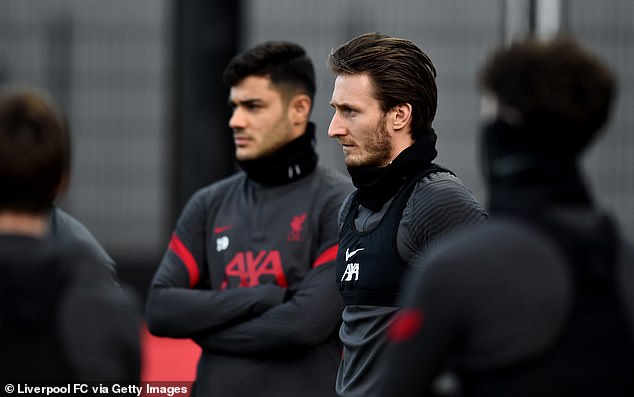 Naby Keita, who has been out since before Christmas with a hamstring issue, is expected to return to training in the coming week but, again, there is no time limit on when he will be able to play for the first team.

Liverpool need players back to boost their hopes of a top four finish.

‘We will go for it and it’s not about where the others will end up it’s just about us and we will try our absolute best to make the best season from now on. That’s our job.’