St Mirren will face St Johnstone in the Scottish Cup semi-finals, while Hibernian will take on Dundee United.

The Buddies set up the clash with Betfred Cup winners St Johnstone by beating Kilmarnock 5-4 on penalties at Rugby Park on Monday following a 3-3 draw over 120 minutes.

The last-four ties will be played at Hampden Park on the weekend of May 8-9. 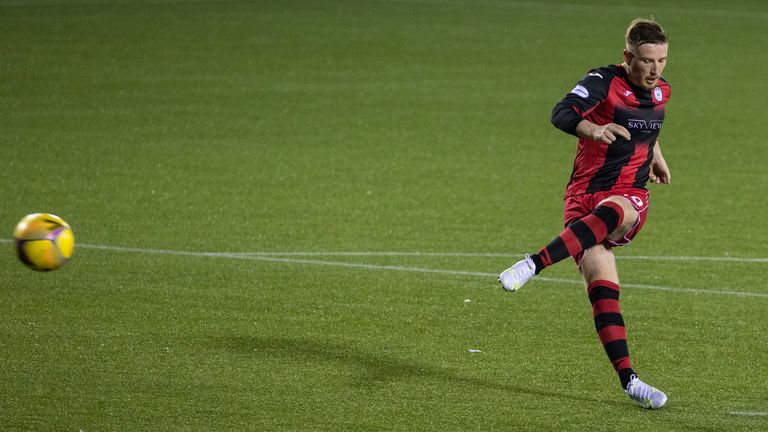 Kyle McAllister scored the deciding spot-kick as St Mirren beat Kilmarnock 5-4 in a penalty shootout to book a place in the semi-finals of the Scottish Cup, after the match had ended 3-3 after 120 minutes.

On a dramatic night, a mistake by Killie ‘keeper Colin Doyle in the 25th minute at Rugby Park allowed a harmless cross from Ilkay Durmus to go through his hands. However, the visitors failed to capitalise on their good fortune and a header from loan defender Zeno Ibsen Rossi in the 36th minute and a Greg Kiltie strike just before the break gave the hosts the interval lead.

Kilmarnock, without injured in-form striker Kyle Lafferty, had several chances to go further ahead but with six minutes remaining Buddies skipper Joe Shaughnessy headed in a dramatic equaliser to set up extra-time, where Killie played a big chunk of it with 10 men after substitute Nicke Kabamba limped off with the Ayrshire side having used all four substitutes. However, Ross Millen scored from the spot in the 101st minute and Jamie McGrath did likewise to set up a penalty shoot-out.

Saints ‘keeper Jak Alnwick made the only save from Rory McKenzie, Killie’s second, as Gary Dicker, Mitch Pinnock, Millen and Aaron Tshibola scored with McGrath, Cameron MacPherson, Colin Quaner, Joe Shaughnessy and McAllister making no mistake for the Paisley side to end the drama.