‘Their heads have gone…physically and mentally, they’re just shot to pieces’: Roy Keane slam’s Manchester United’s lacklustre first-half display against dominant Chelsea at Old Trafford as Jamie Redknapp accuses the Red Devils of having ‘no idea’

In what has been a miserable season for United and their supporters, there was yet more pain as they were dominated by Thomas Tuchel’s side during the first 45 minutes of Thursday’s clash.

Chelsea had more than double the amount of chances that the Red Devils had, while also dominating possession on their rival’s home turf. 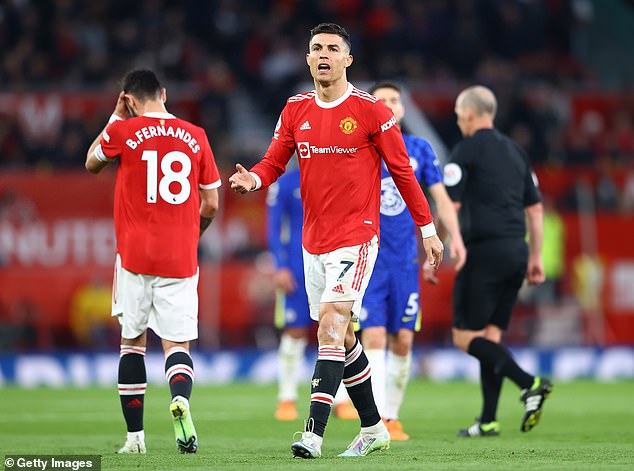 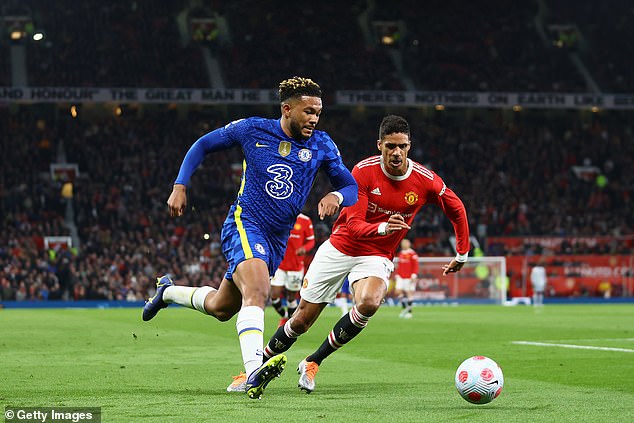 With no trophies to fight for, top-four slipping out of their grasps and confidence at an all-time low, Keane has said that the players are ‘shot to pieces’ both physically and mentally.

He told Sky Sports: ‘I just think their heads are gone now, there’s no intensity. All season they’ve been giving up loads of chances, we’ve seen it again tonight.

‘Easy to play against. Don’t seem to run back with intensity. They’ve already lost ten league games and the season’s not over yet. 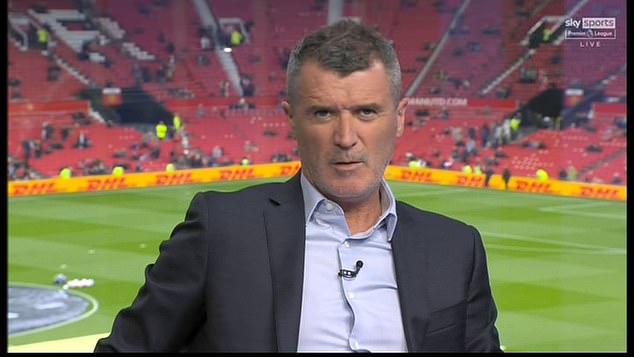 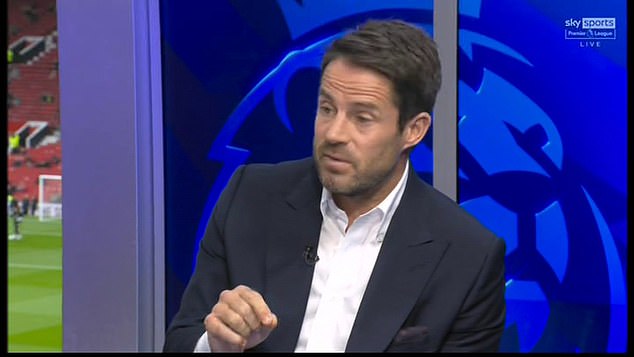 ‘So there’s no surprise with what we’re seeing tonight. It reflects where this group is. Physically and mentally, they’re just shot to pieces.’

Former Liverpool midfielder Jamie Redknapp agreed with his co-pundit’s assessment of Ralf Rangnick’s struggling squad, stating that the players don’t have an idea out on the pitch.

He said: ‘There’s a fine line in confidence and looking like they’re not trying. I do believe that confidence is low. 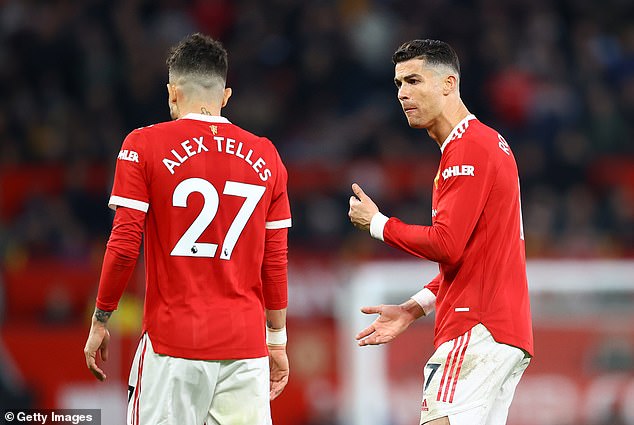 ‘They have got no idea, they look like they don’t want the ball, they’re hiding.

‘Look at Chelsea they’re enjoying it, they’ve got the freedom of the park. When you look at the (Chelsea) highlights this is what Man United used to be.’

Redknapp during his half-time analysis of United said that there was ‘not enough energy’ displayed from Alex Telles and Marcus Rashford and that it looked like ’11 v 9 at times’.

Despite their first-half domination, Chelsea would have been disappointed not to have found the back of the net.